It was a first-time fly in for this couple and they really enjoyed their stay at Pusher Lake. They ventured down the river to Upper Wapesi and saw a bear swimming in the river and a bull moose on shore! They caught lots of fish including a 24 inch Walleye, 32 inch Pike, and about 10 Perch between 8 and 12 inches! For Walleye the best baits were jigs with minnows and Mepps bucktails. For Northern the best was Mepps bucktails and red & white spoons. The fish were shallow, in 3-4 feet of water and along shorelines and reefs.

This group stepped off the plane from Bertrand and they were GLOWING! They had a fantastic trip (best fishing trip they’ve ever had!) As a group they caught 1,424 Walleye and 82 Northern. They caught some trophies including a 29-inch Walleye and a 43-inch Pike (both caught by the same person!) They caught Walleye using spinner jigs with minnows and they fished the reefs and flats in 9-14 feet of water. For Northern they used spinner jigs with minnows, reef runners, and Mepps #4 and #5. They Northern were found in the same places as the Walleyes. Along with the 43-incher, they also landed a 41.5 and two 40’s. They really got into a lot of big fish. They noted that most Walleye were between 15 and 18 inches with lots over 20 inches and most Northern were over 30 inches. Healthy fish in Bertrand Lake! 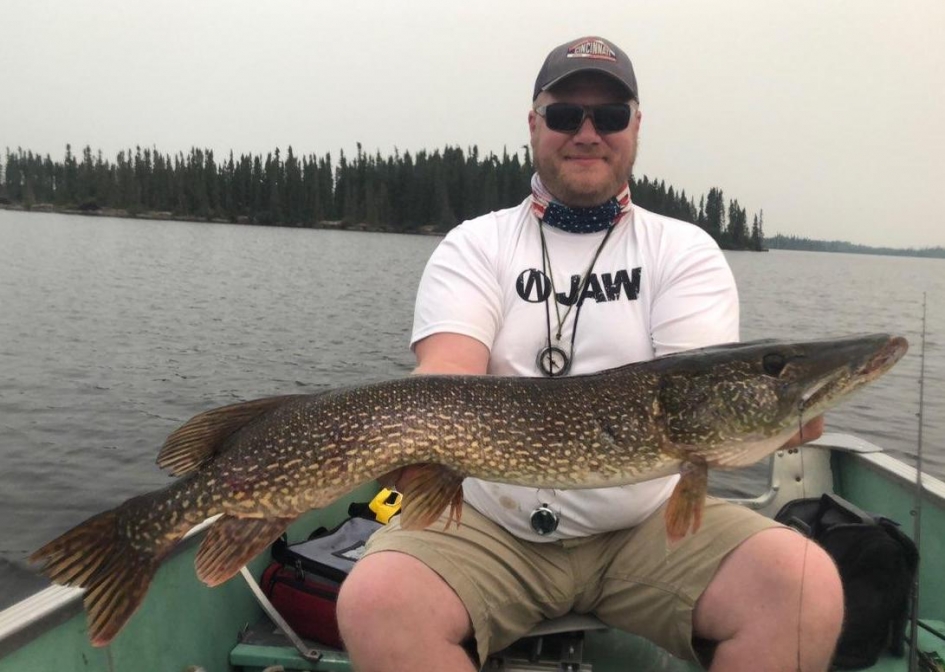 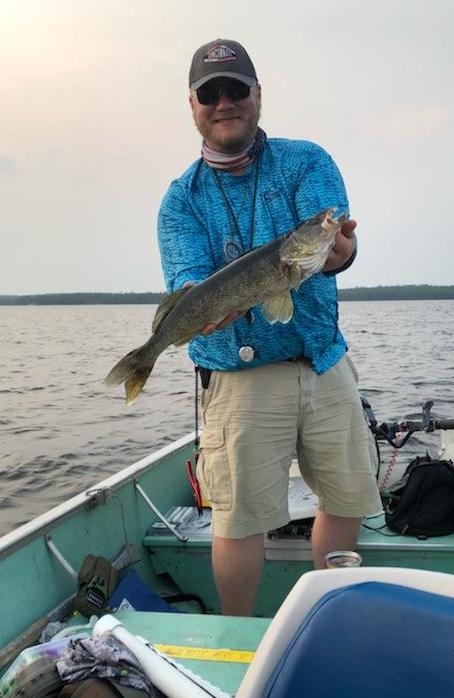 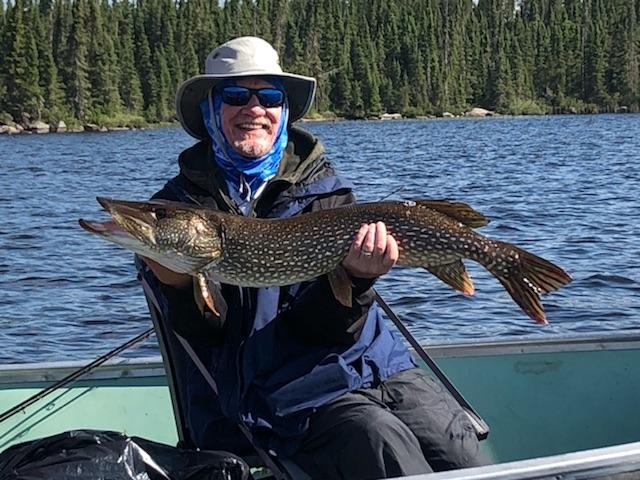 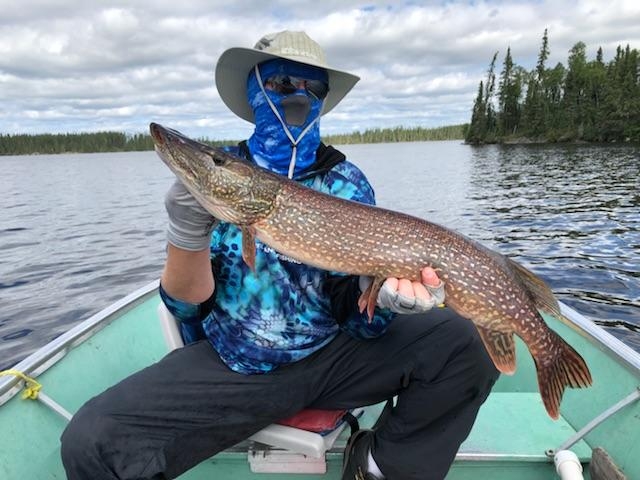 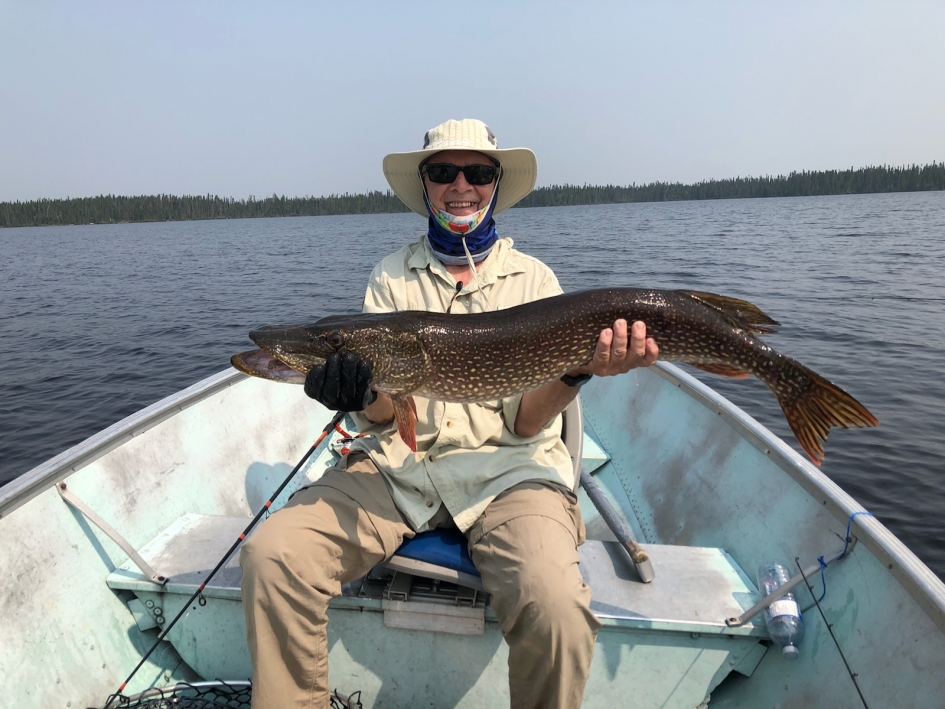 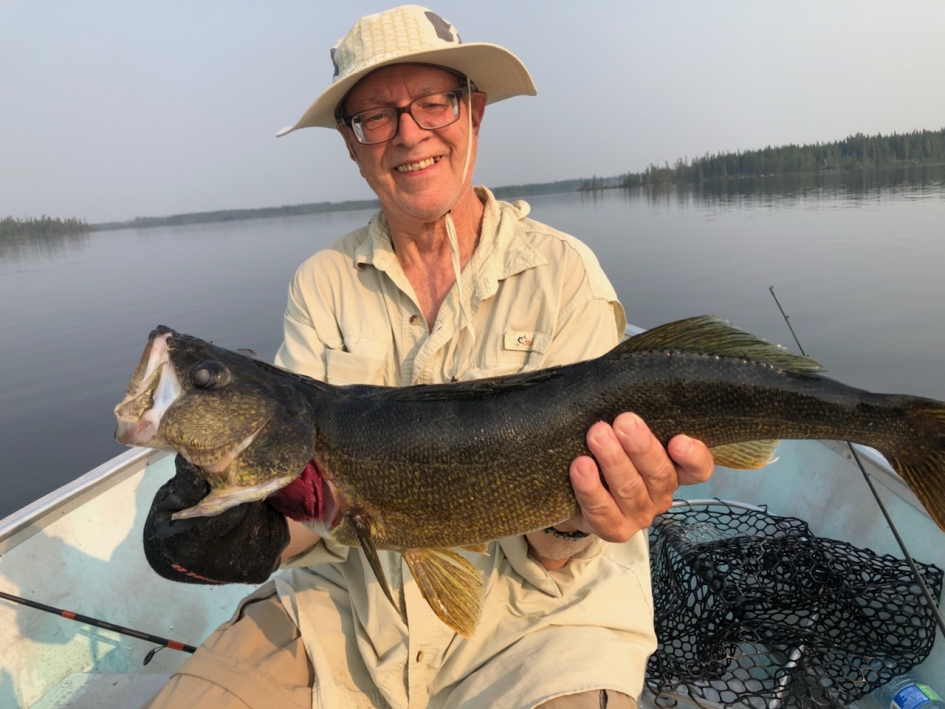 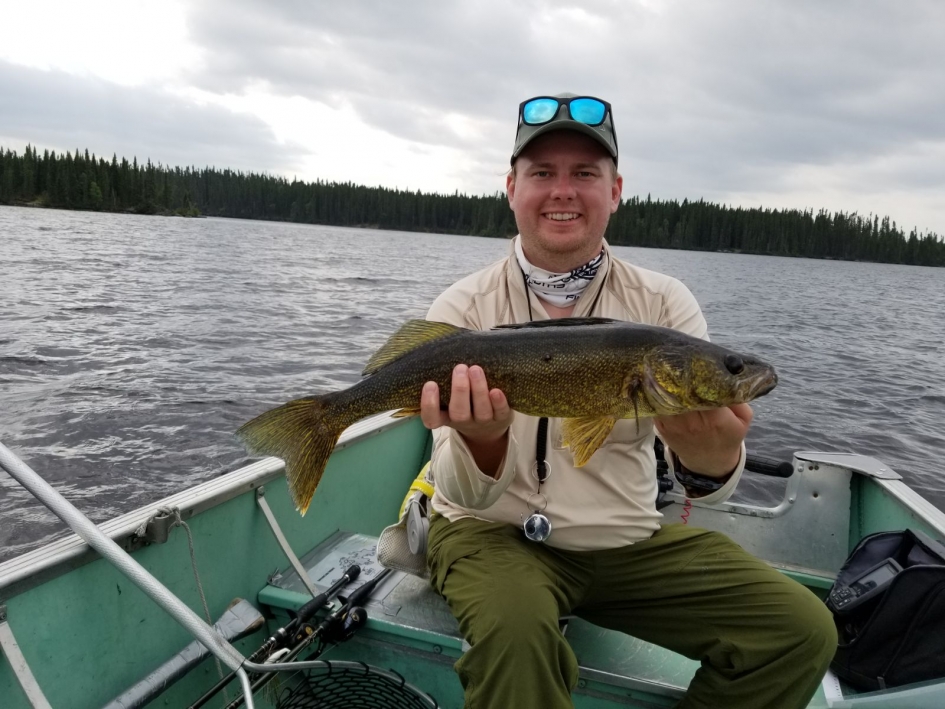 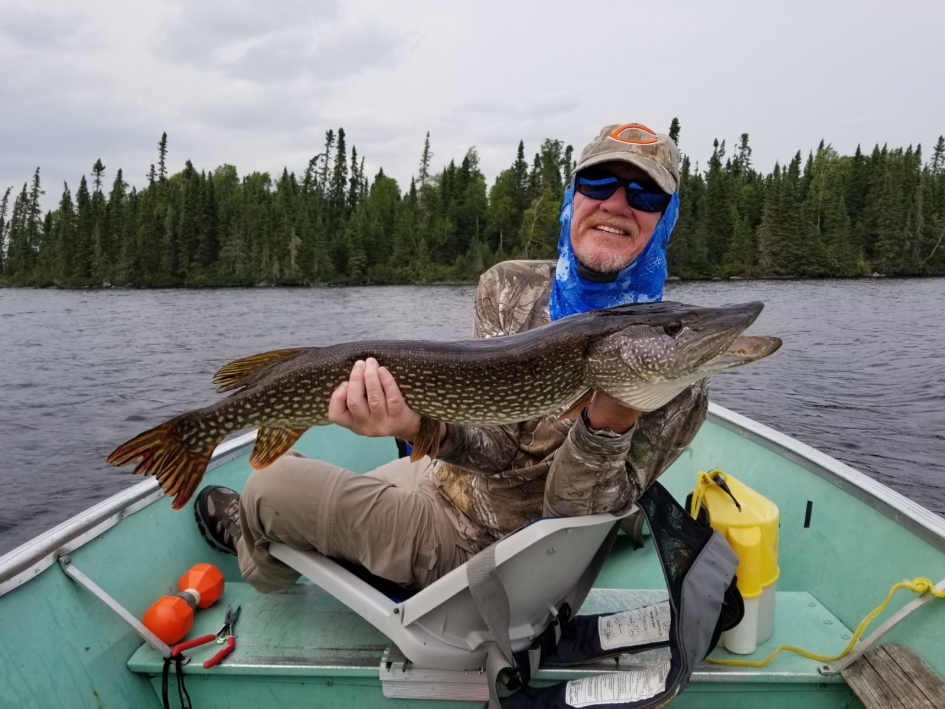 This fishing duo caught about 147 Walleyes and 25 Northerns. The biggest Walleye was 21 inches and the biggest Northern was 30 inches. They used jigs and minnows for Walleye and also spinners. They did some trolling as well with crank baits. Northern were caught “by accident” while Walleye fishing.

About 260 Walleye were caught by the father and son and a few Pike by accident. They found the Walleye in 5-10 feet of water on drop-offs, rocky shores, and bays. They caught most Walleye on minnows and the best fishing was in the early mornings and evenings. The biggest Walleye was 19 inches.

These first-timers to Kapikik thought the cabin was great, the lake was gorgeous, and there were so many areas to fish out of the wind. They weren’t sure how many Walleye they caught, but thought somewhere between 500 and 700. They caught a couple hundred Northern as well including a 39-incher and 17 over 30 inches. The best bait for Walleye was jigs and twister tails and the best bait for Northern were weedless spoons. All fish were shallow… anywhere from 2 to 9 feet deep.

Another good week on Snelgrove Lake… the fish were found in the locations marked on the map. Chartreuse jigs with minnows worked best for Walleye and also deep-diving crankbaits. Walleye were on the reefs and rocky points in 7-12 feet of water. The biggest Walleye was 25 inches long. The best Walleye fishing was in the early morning and late evenings. The best lures for Northern were brightly coloured spoons. The Northern were along shorelines, weedbeds, and shallow reeds. They were in 2-7 feet of water and the biggest one caught was 27 inches long. The Northern bite was good all day long.

This group didn’t keep count of Walleyes caught, but they figured over 400 between the 3 of them. They didn’t target Northern, but caught a couple hundred while Walleye fishing. The weather made fishing tricky the first couple of days, but things really turned around towards the end of their stay. They fished using Lindy rigs with night crawlers and minnows. The best spots were reefs, around islands, and off the dock!! The fish were 10-20 feet deep.

This was trip numer 27 to McVicar Lake for some members of this crew!! They said it NEVER disappoints. They caught 1,349 Walleye and 570 Northern. The best lure for Walleye was hammered gold little joe spinners (and same for Northern). They caught a 27 inch Walleye and a 36 inch Northern. Fish were anywhere from 4-30 feet deep and all over the lake.