This group likes McVicar so much that they came back a second time this year! This time they caught 1,221 Walleye with the biggest being 23.5 inches. Almost the same results as their trip in July! The Walleye were a little deeper this time, about 19-25 feet. They used their same bait - twister tails and leeches. They found fish all over the lake at any time of day. Most Northern were caught while Walleye fishing and the biggest was 36 inches. 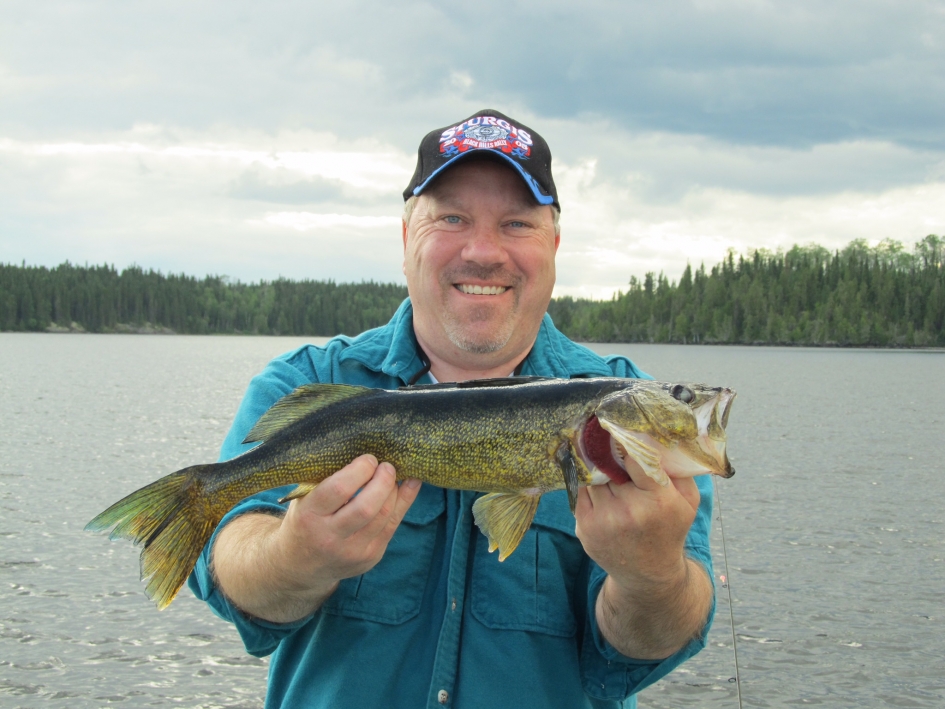 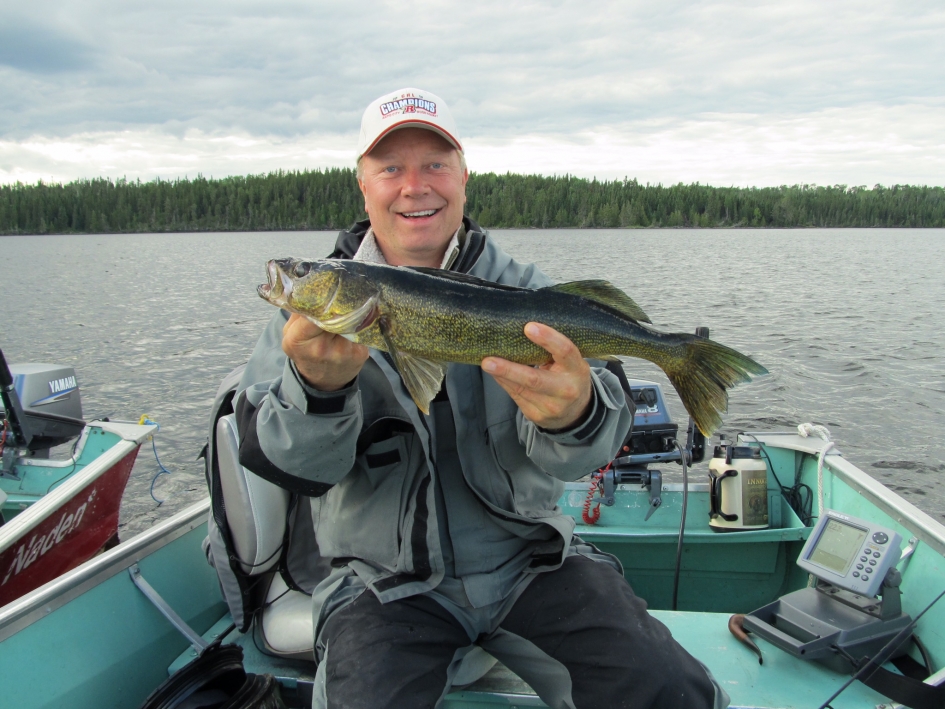 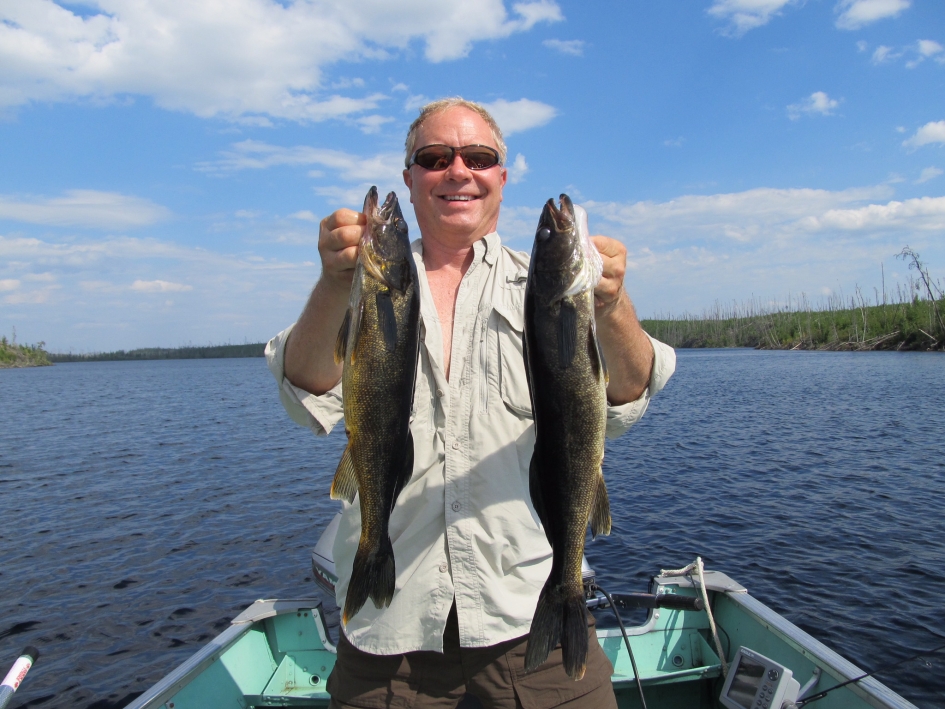 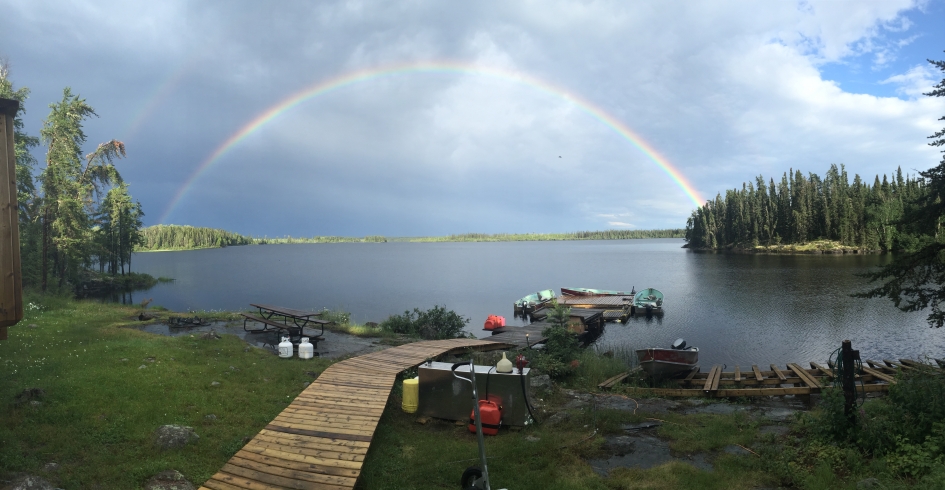 This group did well with Walleye fishing… in their short stay they caught around 700 or 800 total. The biggest Walleye was 25 inches and they said the Walleye looked healthy and chunky! They fished for Walleye with twister tails and minnows. The best spots were the shorelines and the reefs on the windy sides of the lake. Walleye were 6-12 feet deep. They had a hard time finding active Northern and weren’t able to catch any trophies.

This group caught 875 Walleye and 135 Northern in their short 4-day trip! They caught two Walleye that were 26 inches and one that was 27 inches! The biggest Walleye was caught in 5 feet of water next to the weeds. Most Walleye were caught in 15-24 feet of water on reefs and points. The river fishing was good near dusk. Jigs and minnows worked best. Their largest Northern was 35 inches.

For their first time to Kapikik, this crew did very well with almost 1,000 Walleye and lots of Northern too. Their biggest Walleye was 23 inches and biggest Northern was 39 inches. For Walleye they used black jigs, blue spinners, and gold spinners. The inlets and outlets produced the most fish in 8 feet of water. Mornings were best for Walleye fishing. The Northern were caught with F18 Blue and Silver Rapalas and Husky Jerk Rapalas. The Northern were also in 8 feet of water along shorelines and reefs. The best time for Northern fishing was all day!

Once again Grace Lake was a winner… this group caught too many Walleye to count and easily 400-500 Northern. For bait they used gold, yellow, and green jigs with or without minnows! They also used spinner baits of any colour with willow leaf blades for Northern. The Walleye were found in weedbeds and weed edges in 5-12 feet of water. The absolute best bite for Walleye was between 9:00 a.m. and 1:00 p.m. and again in the evening. The best time of day for Northern fishing was in the morning. They did well trolling spinner baits for Walleye and Northern.

This group really enjoyed Una Lake and the scenery it has to offer. They had good fishing and enjoyed the challenge of navigating and exploring around the many islands. The low water posed a bit of a challenge and they weren’t able to get into Currie Lake, but nonetheless they thoroughly enjoyed their trip. The best for Walleye fishing was white, black, or yellow jigs with minnows and also crank baits. The Walleye were along shorelines, reefs, and rocky points in 8-10 feet of water. They caught a couple hundred Walleye with some around the 20-inch mark. Northern were caught mostly while trolling with crank baits.

Between just two people they caught over 400 Walleye and several Northern. They fished using jigs with twister tails and minnows and also with road runners. They found most fish in 5-15 feet of water along shorelines, reefs, and weedbeds.

These four had INCREDIBLE fishing on Kam this week… they said over and over that it was like “cheating”. They each caught about 300 Walleye and did not target Northern. They used ¼ oz jigs with mostly twister tails and some minnows. The Walleye were 17-23 feet deep and their biggest one caught was 25 inches. Although they were not fishing for Northern, they boated a 40-incher!

This couple enjoyed the scenery on Cook Lake, but found better fishing in Bumpy. They fished with jigs and minnows at the spots marked on the map. With the low water levels, Cook Lake is very shallow… they found the biggest Walleye in the deeper waters of Bumpy (19 to 22 feet deep).