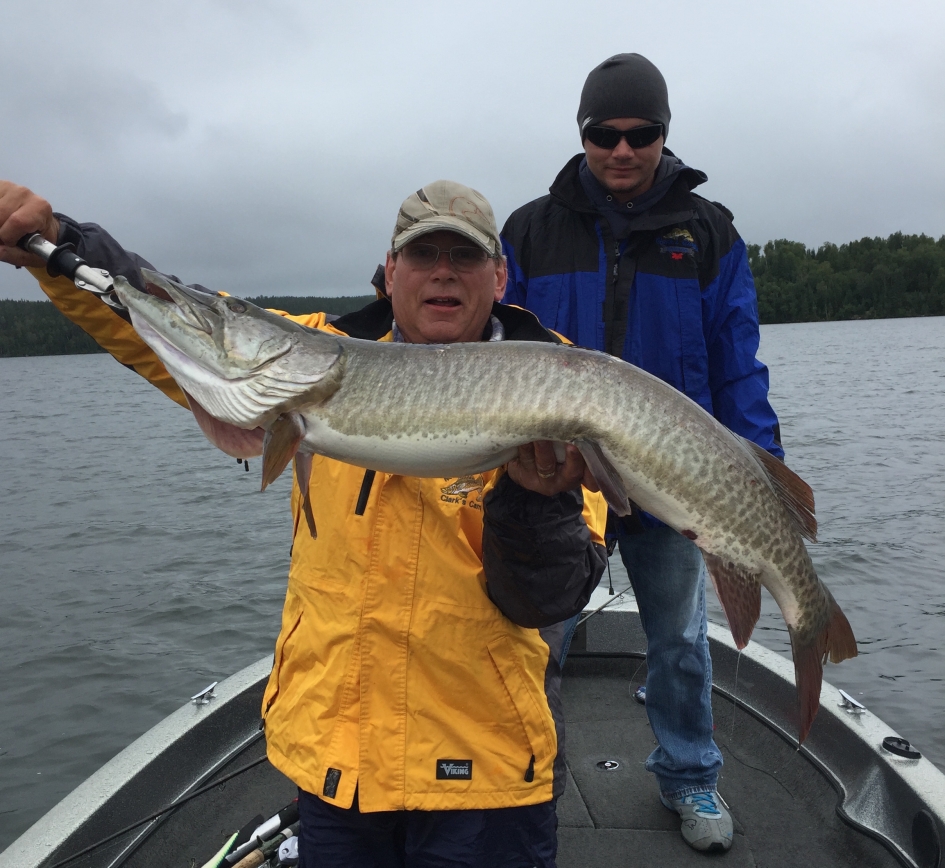 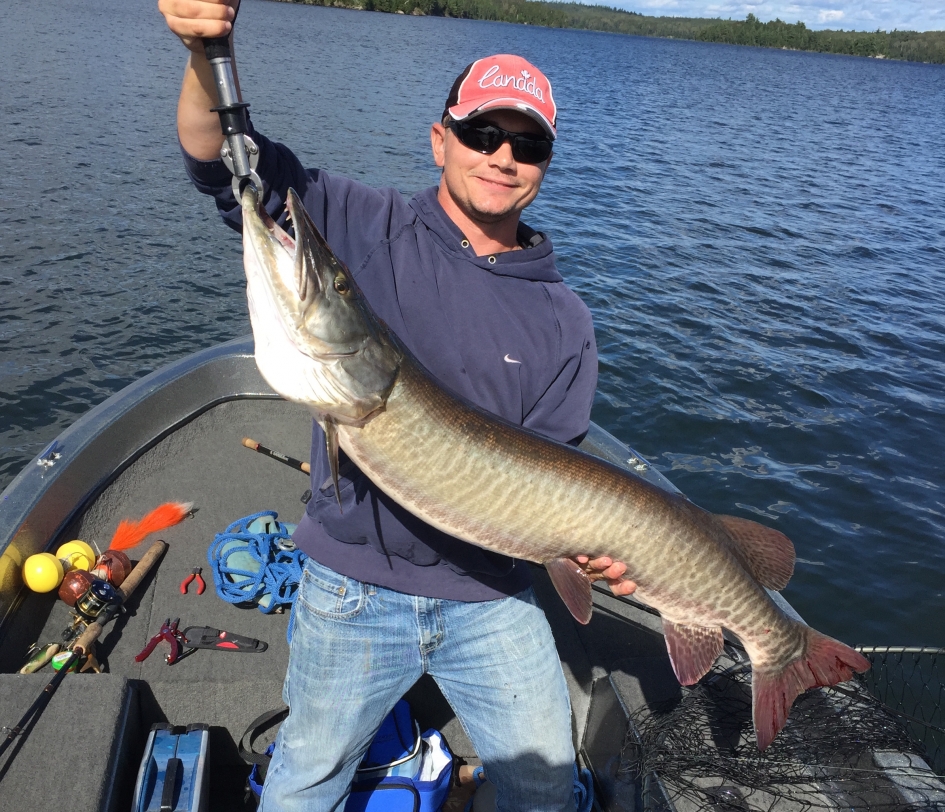 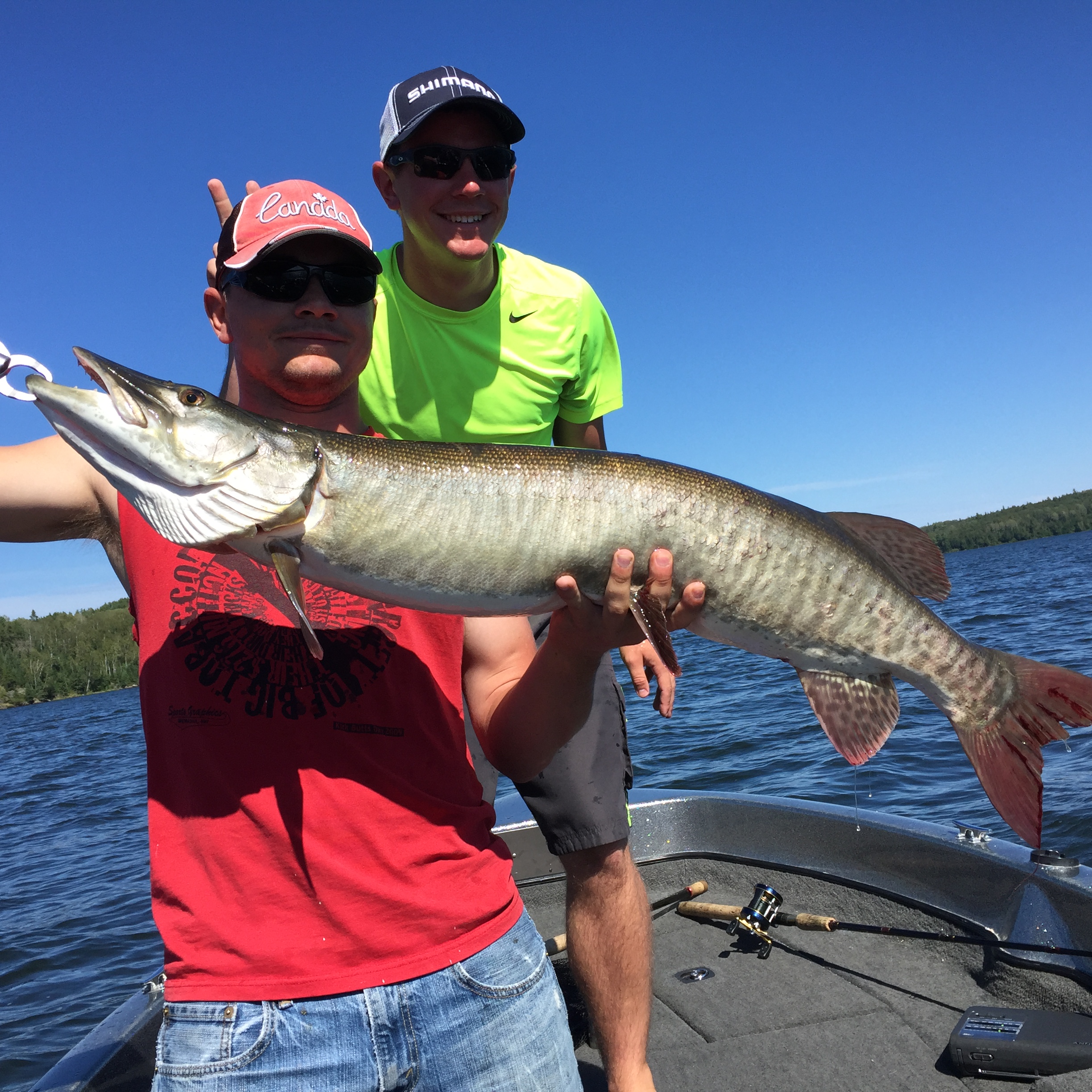 We only had Walleye fishermen in camp and the action was excellent for August! They are all in the reefs from Indian Lake to Forest to Boulder. There aren't a lot of boats on the lake... nice and quiet, beautiful weather, good fishing, and barely any bugs! The Walleye and Muskie fishing is fantastic in Moose Lake right now, which is usual for the end of August. All in all, a great week!

These four guys caught over 1,600 Walleyes during their week at Kapikik. The biggest was 24 inches. They used bodyless jig heads with live minnows. The best spots were anywhere with current. They caught over 100 Northern while fishing for Walleyes. The biggest was 38 inches. The group set out a goal for themselves to catch 500 fish in one day and they accomplished that goal on day two! They saw lots of wild life and noted the Walleyes were bigger in size this year.

This couple had a fantastic week at Meen Lake. They only fished a couple hours a day, but managed to get a few hundred Walleyes! The best spots were the narrows and right off the dock! The fish bite was fast-paced no matter the time of day. They fished using jigs with live minnows.

The fishing was great on Bertrand this week. This group caught over 2,000 Walleye and lots of Northern Pike too. The biggest Walleye was 27 inches and the biggest Northern was 42 inches. The best bait for Walleye was minnows and the best for Northern was spinner baits and minnows.

The fishing started out slow on Antenna this week. The fish weren’t biting in their “usual” places. They found fish at the Southern outflow, the two small bays North of the cabin, and the tree cove at the far Southwest area just before the outflow. The best bait for Walleye was chartreuse jig heads with minnows or white tails. Rapala scatter raps scored well on the trolling. The Pike bit everything!

These two loved Pusher Lake and had fantastic fishing. Hundreds of Walleye and lots of Northern. The biggest Walleye was 28 inches and the biggest Northern was 40 inches! They fished with Rapala crankbaits (medium depth 6-8 feet), and chartreuse rattletraps. The best spots for Walleye were shorelines, points, and areas with a rocky bottom and structure in 8-10 feet of water. For Northern they used red/yellow crankbaits and jigs with yellow twister tails. They were in about 5-8 feet of water along shorelines, reefs, and shallow points. They even ventured into Upper Wapesi and enjoyed fishing that lake as well!

This group caught 60-80 Walleyes per day. They fished using jigs and minnows. The biggest Walleye was 24 inches. The best Walleye spots were reefs and the portage lakes in 12-25 feet of water. The best time of day for Walleye was in the mornings. Their biggest Northern was 40 inches and they fished using Rapalas along shorelines in 6-12 feet of water. Best time for Northern fishing was afternoon until sundown.

How many did you catch? Approximately 800

Where did you fish? Shorelines, reefs, weedbeds. Two guys portaged to Lang Lake

Best time of day? Pretty much any time

How many did you catch? Approximately 300

Where did you fish? Shorelines, reefs, weedbeds. Two guys portaged to Lang Lake

How deep were they? Most walleye were in 2-20 feet.

Best time of day? Pretty much any time

Accommodations were great, service was outstanding. First class all around. 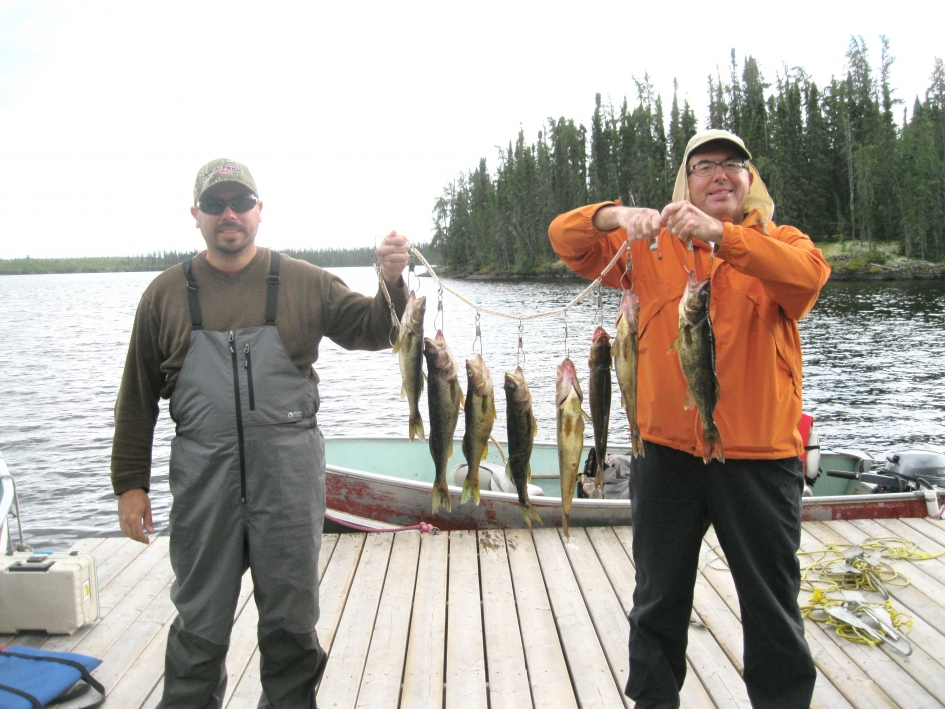 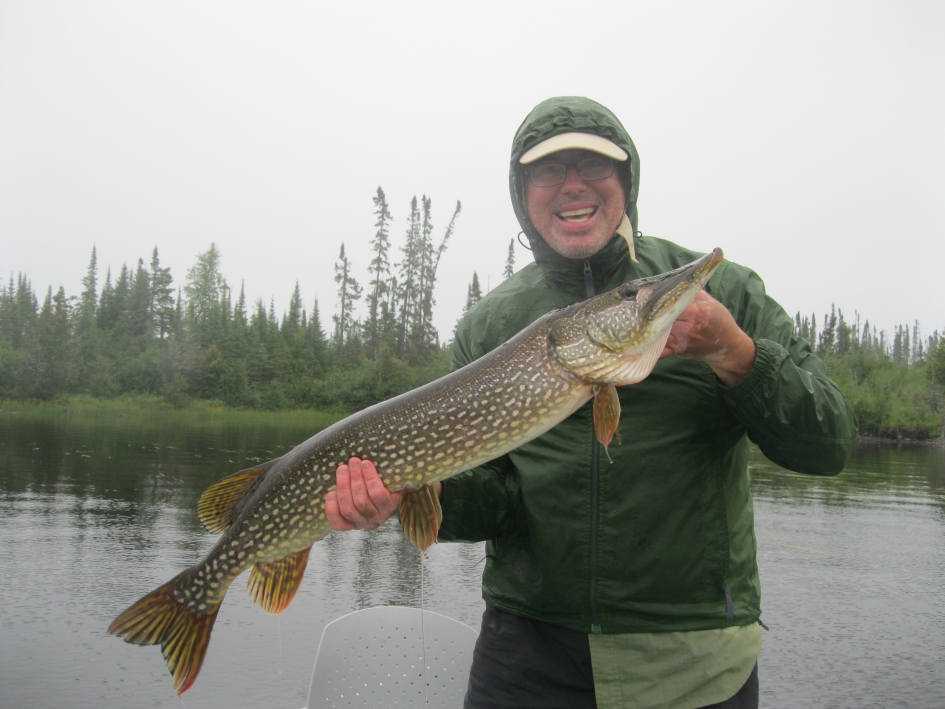