I haven’t written a report about Cedar Lake in a while, I apologize for “slacking”! This past week I had some guests share pictures and reports that were too good not to post! Some Cedar Lake “regulars” said they had the best Canadian trip that they’ve ever had averaging 100 fish per day per boat! They caught lots of Walleye over 22 inches and the biggest was 26 inches!! The group also landed 12 Muskies including one on a fly. And Crappie fishing was ON FIRE! There are also some pictures below from a new group that had never fished Cedar before and they had a fantastic week! Their biggest Walleye was 25 inches. 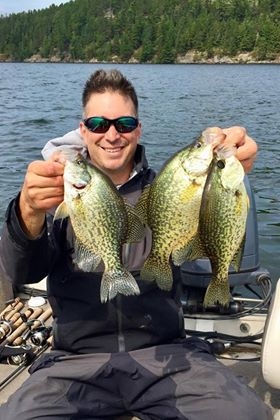 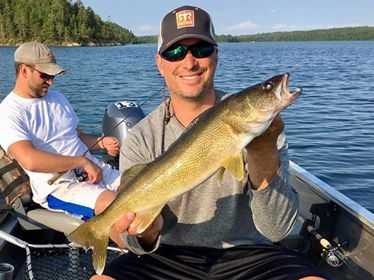 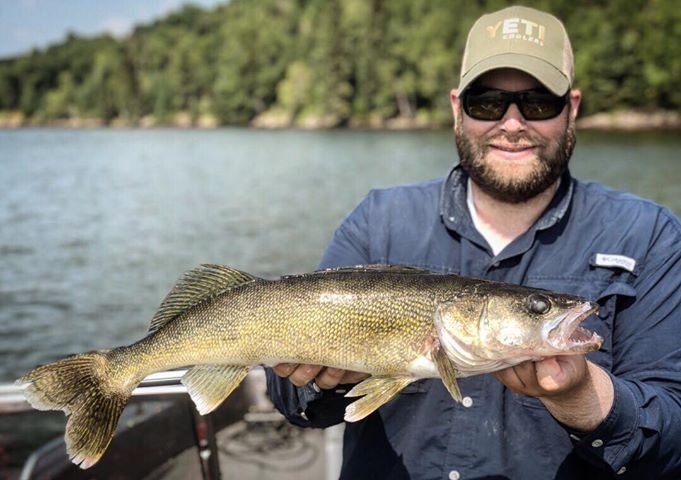 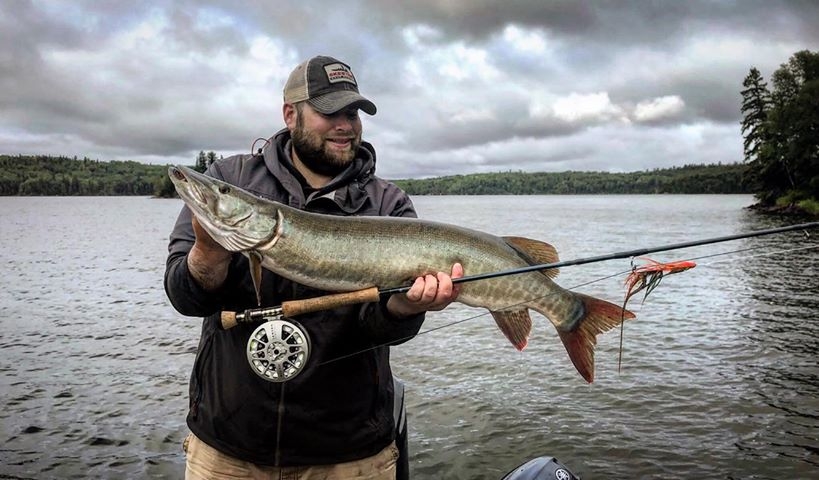 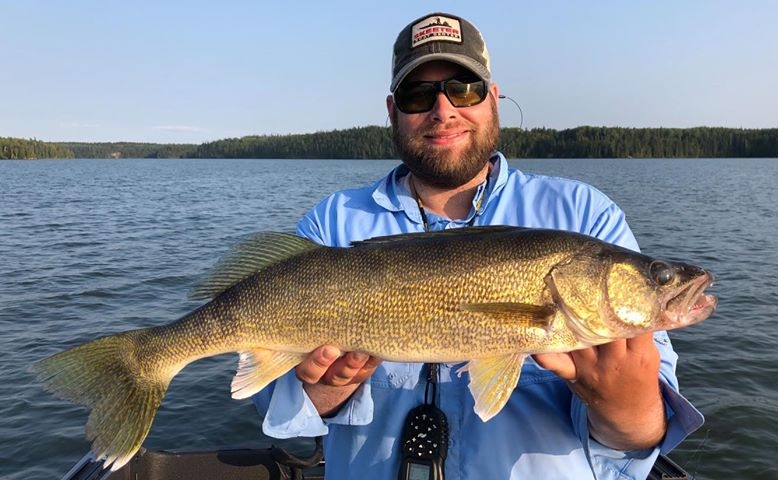 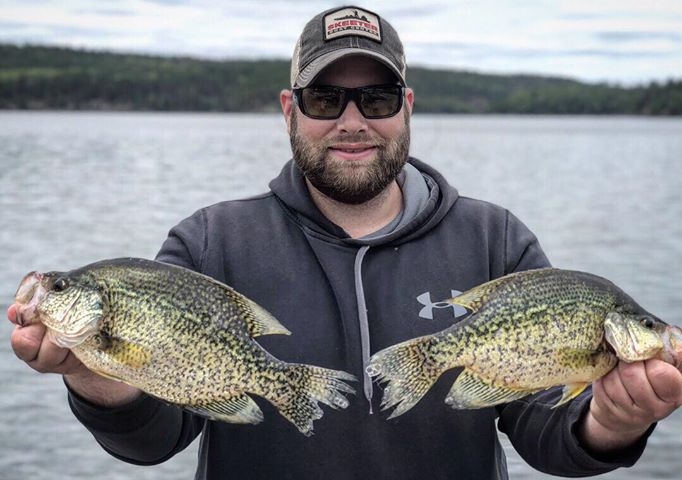 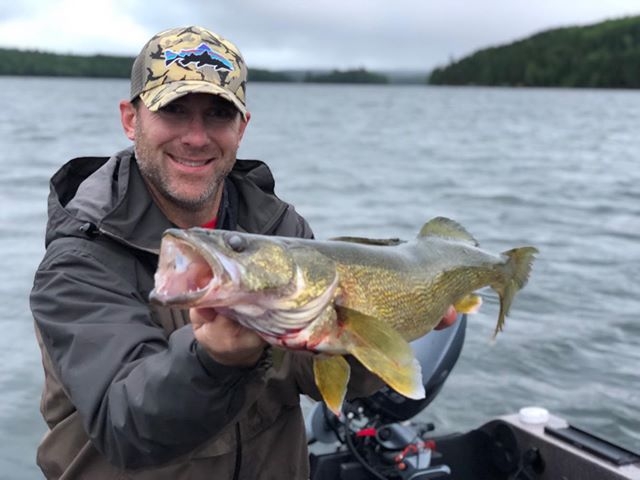 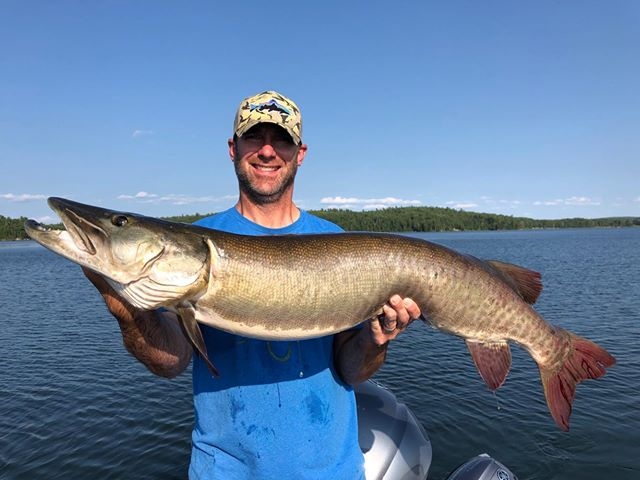 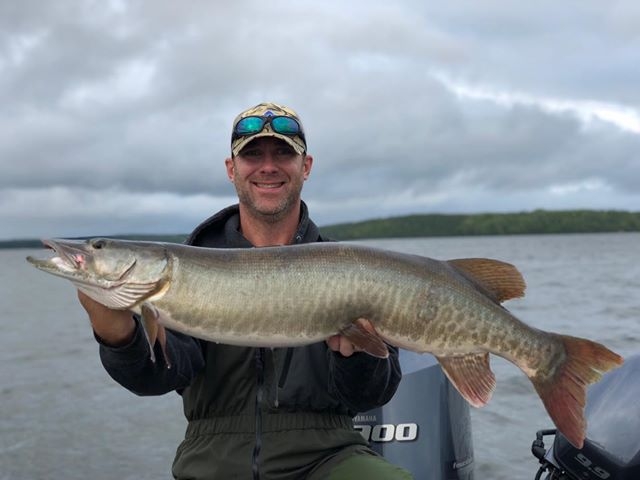 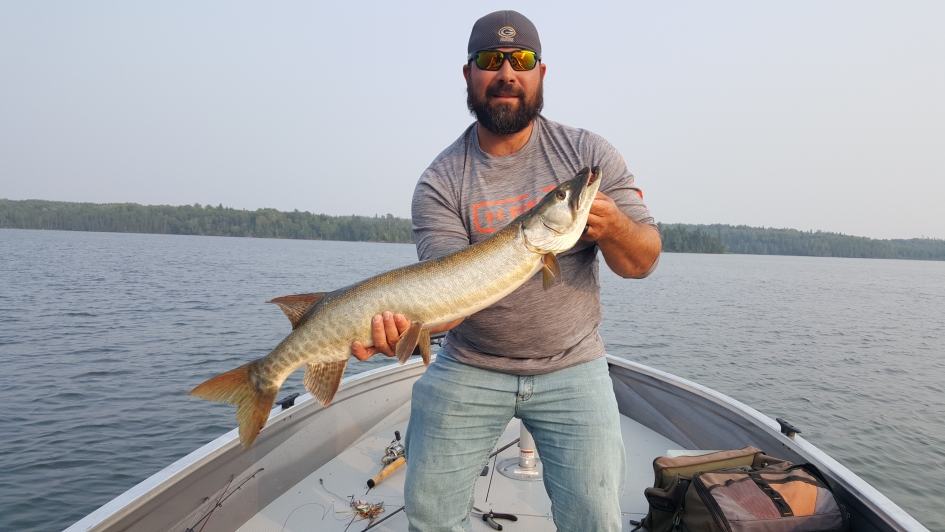 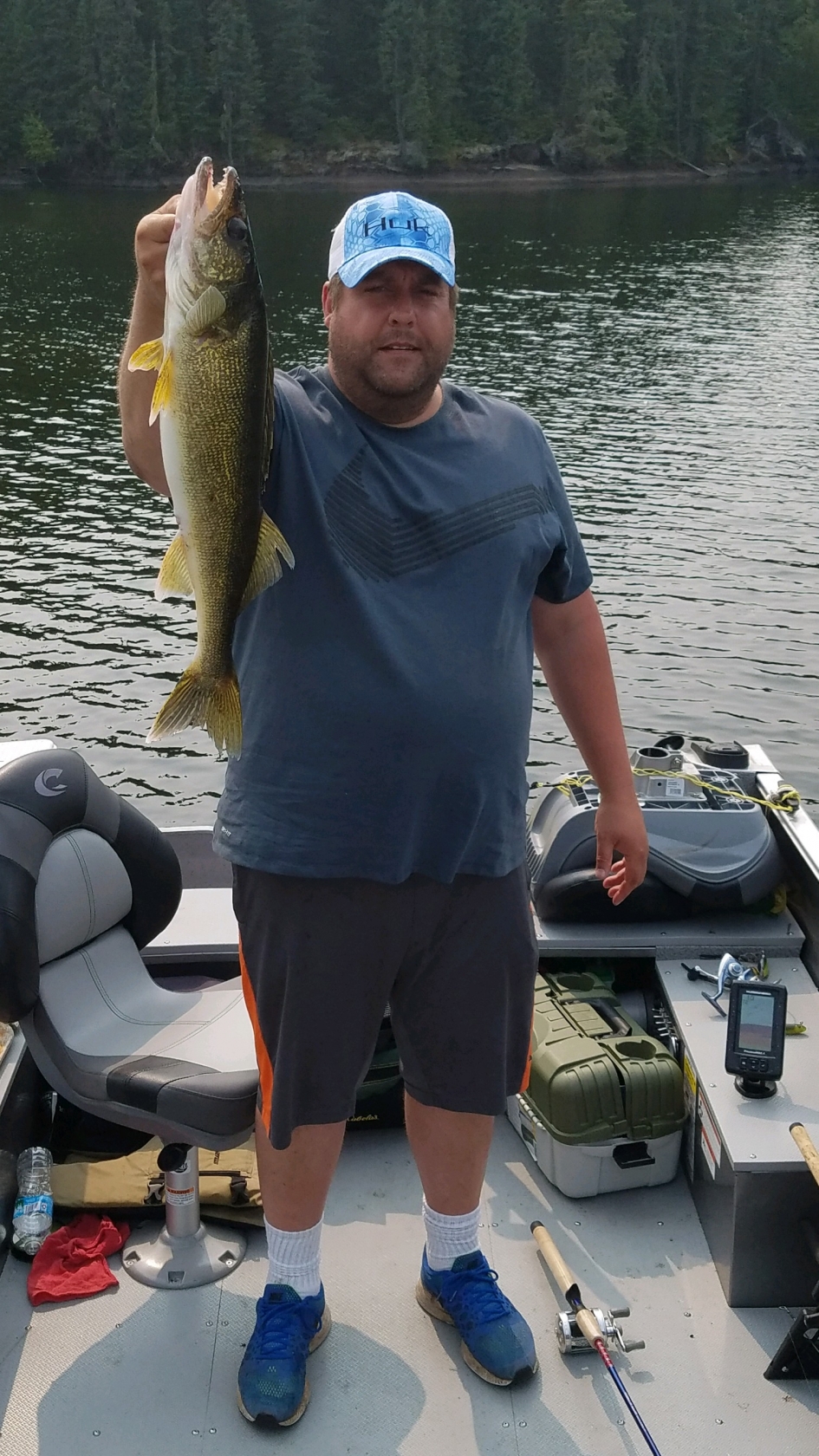 These two caught about 400 Walleye during their stay at Antenna and between 50 and 75 Northern. Their biggest Walleye was 21 inches and biggest Northern was 37 inches. They used jigs and minnows or plastics for Walleye and caught most Northern while fishing for Walleyes. The Walleye were found around rocky points and shorelines and the Northern were along shorelines and reefs. All fish were anywhere from 4 to 17 feet deep.

These two couples were new to McVicar and enjoyed the lake and service. They caught a few hundred Walleye and a couple hundred Northern. For Walleye they used bottom bouncers, spinners, and night crawlers… the biggest one they pulled in was 23.5 inches.  They used the same bait for Northerns and managed to boat a 37 incher. They found fish just about anywhere on the lake and found that fishing was best in the mornings and in the late afternoons. The fish were about 12-20 feet deep.

It was a good week on Dorothy, especially when it came to Northern fishing! These guys caught 11 Northern over 30 and 2 over 40! They caught them on big lures and best spot was in the channel. Walleye fishing was also good and they found them just about anywhere. The Walleye seemed to bite on the anything and they caught a 24.5 incher. They also caught 5 Blue Walleye!

This couple found Cook Lake hard to fish on the windier days so they spent their time at Bumpy Lake. Bumpy is where they found the biggest and most fish. They used jigs and minnows for Walleye and their biggest one was 21 inches. They Walleye were about 15 feet deep and the best spot was the reef off the island on Bumpy. They caught some Northern as well, mostly while Walleye fishing.

Excellent fishing on Kapikik once again – several hundred Walleyes caught including a 26-inch one. The best spots were windy points and the best bait was jigs and minnows. The Walleye were in 6-12 feet of water and best time of day was in the mornings. Northern were caught while Walleye fishing and the biggest was 40 inches!

This family had a wonderful time and said they would recommend this lake to anyone with kids! The grandson used his great-grandpa’s lure and caught at least 30 Northern and some Walleye too! They caught hundreds of Walleye between them using mainly jigs and minnows. They found them all over the lake, but the best spots were off the reefs and along the shorelines in 6-20 feet of water. They caught about 50 Northern on spoons along shorelines and weedbeds in 5 feet of water and shallower.

A great week on Snelgrove was had by this couple… no “trophies”, but lots of fish were caught!! For Walleye they used minnows and jigs and also Rapala scatter rap minnow lures. They had good luck on shorelines, but reefs were very good. Walleye were 9-13 feet deep and mornings and evenings were best. For Northern they used gold and red spoons, and various minnow type lures. They fished shorelines, points, islands, and weedbeds in 5-15 feet of water.

This group had a great week at Kam. As a group they caught at least 1,800 walleyes and a number of northerns over 30 inches.  The largest walleye was 24 inches and they had 100’s over 18 inches.  They trolled around using lindy rigs with spinners to find the fish and then jigged.  Color did not seem to make much difference and minnows produced the best results.  They caught many on white plastic twister tails.  They said the cabin was great and the service from was excellent.

This trio had OUTSTANDING fishing on Richardson Lake. They were surprised by the number of fish caught in the extreme hot weather we had! They caught lots of Walleye in the 20-22 inch range in 8-24 feet of water. They had the best luck with yellow, black, and white jigs with live minnows. The best spots were rock piles and in the channels and best time of day was late morning and evenings. The biggest Northerns were caught on Walleye rigs including a 38-incher! The Northern were mainly hanging around the reefs with the Walleyes.

This group had a great trip to Fawcett despite the extremely hot weather. It sounds like they found a beach and enjoyed swimming on those hot days! They caught about 500 Walleye during their short trip including a 29-incher!! The Walleye were along shorelines and reefs in 10-25 feet of water. Time of day did not matter and jigs and minnows were bait of choice. They caught quite a few Northern as well while fishing for Walleye with jigs and minnows.