While the fishing was good all week, it really picked up towards the end! Thursday was the ultimate day for Walleye and Crappie. We haven’t heard of many people fishing Crappie for quite a while now, but one group this week stumbled upon them completely by accident and they hit the jackpot! There were many times they had three on at a time in one boat! As for Walleye fishing, they are definitely on the rocks anywhere from 12-20 feet of water. There were lots of nice eating-sized ones caught this week. The Muskie FINALLY started to fire up… one guy got 8 in the boat this week with the biggest being 52 inches!!!! 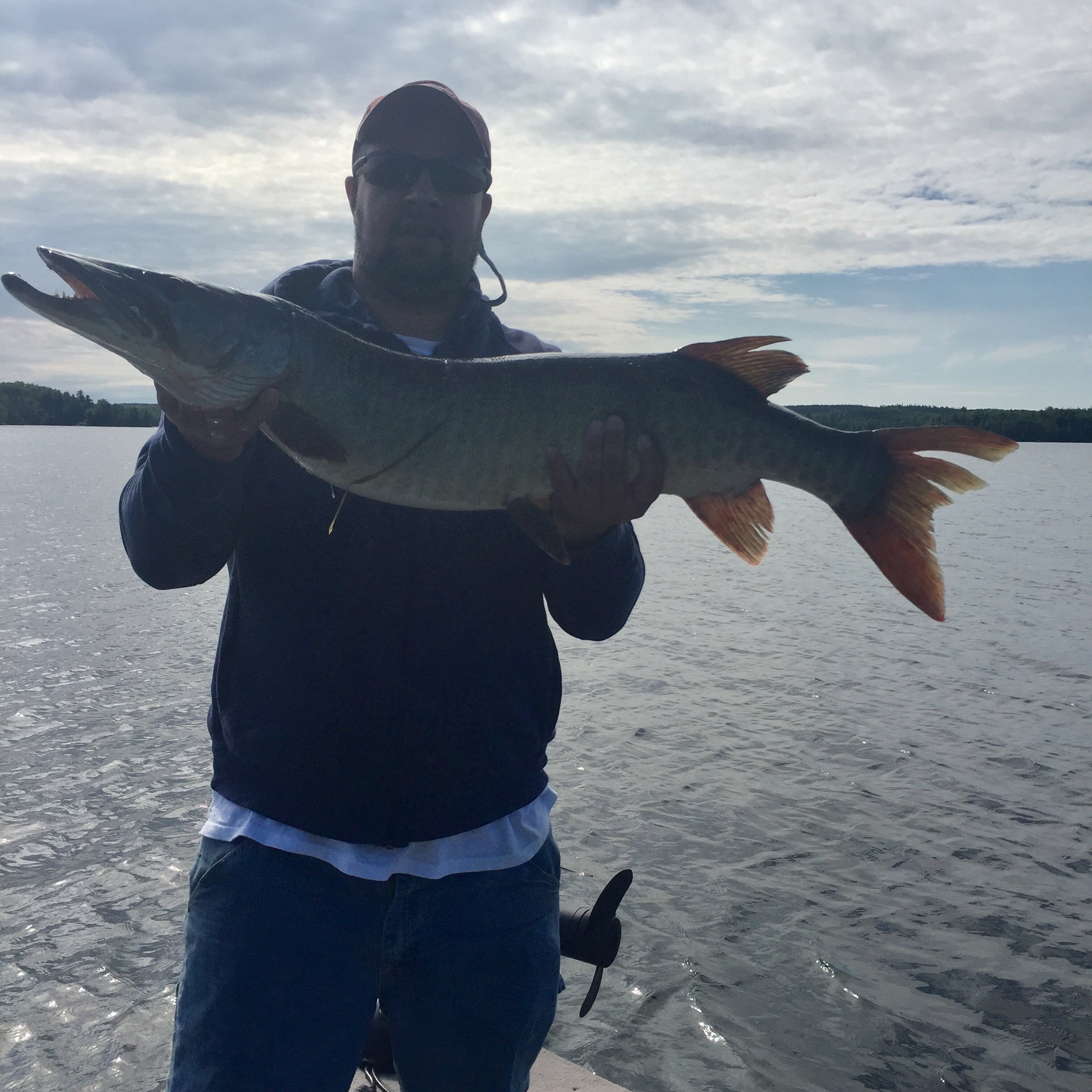 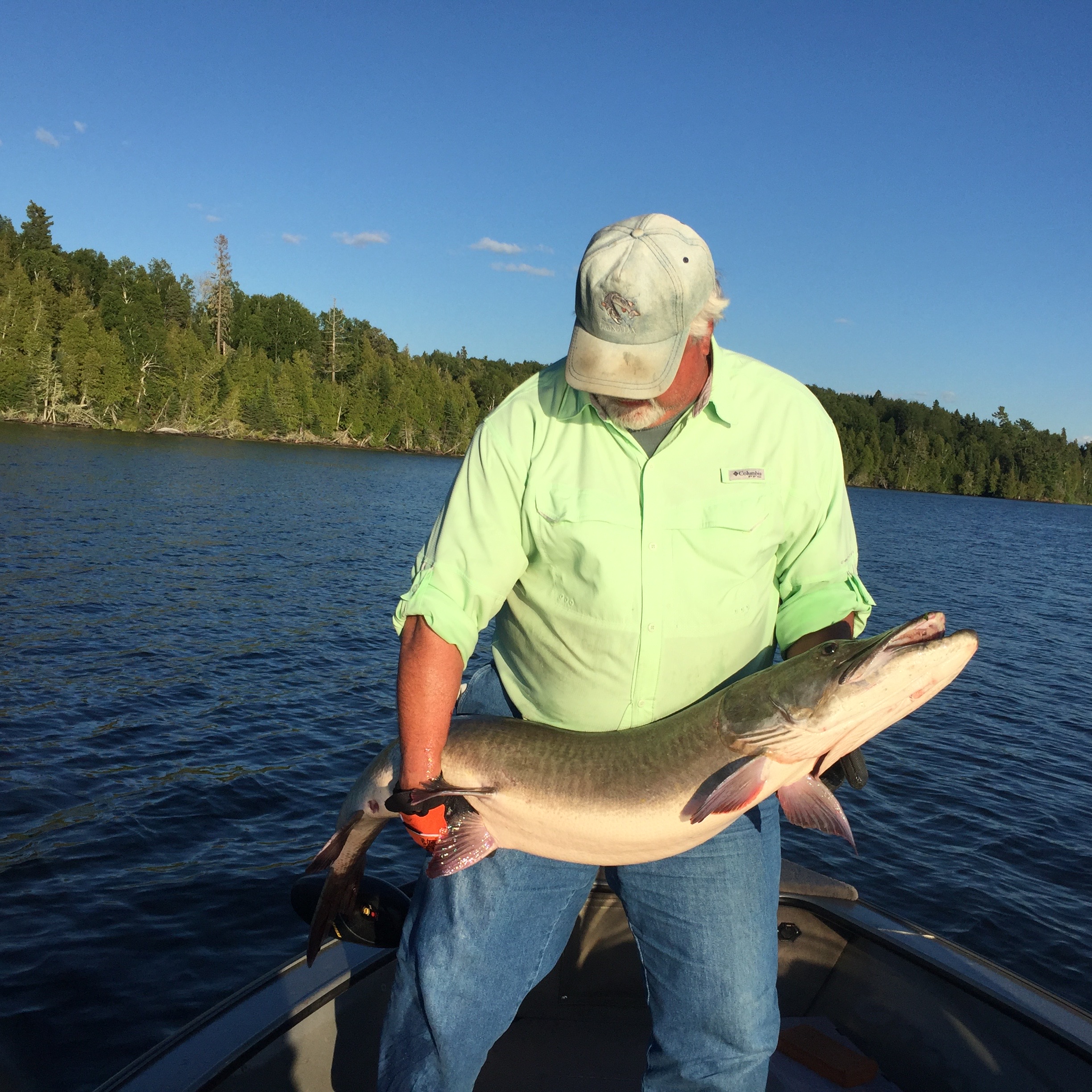 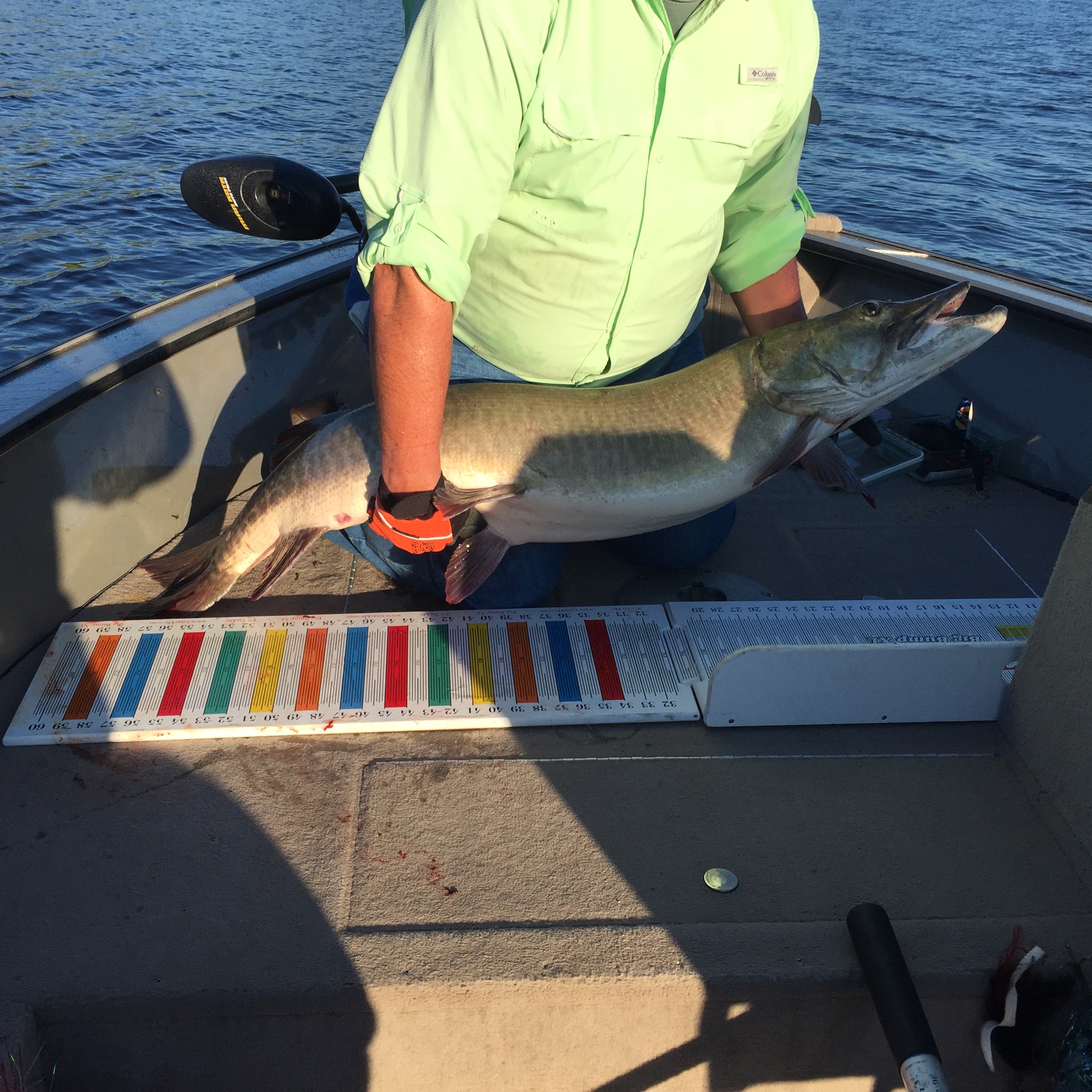 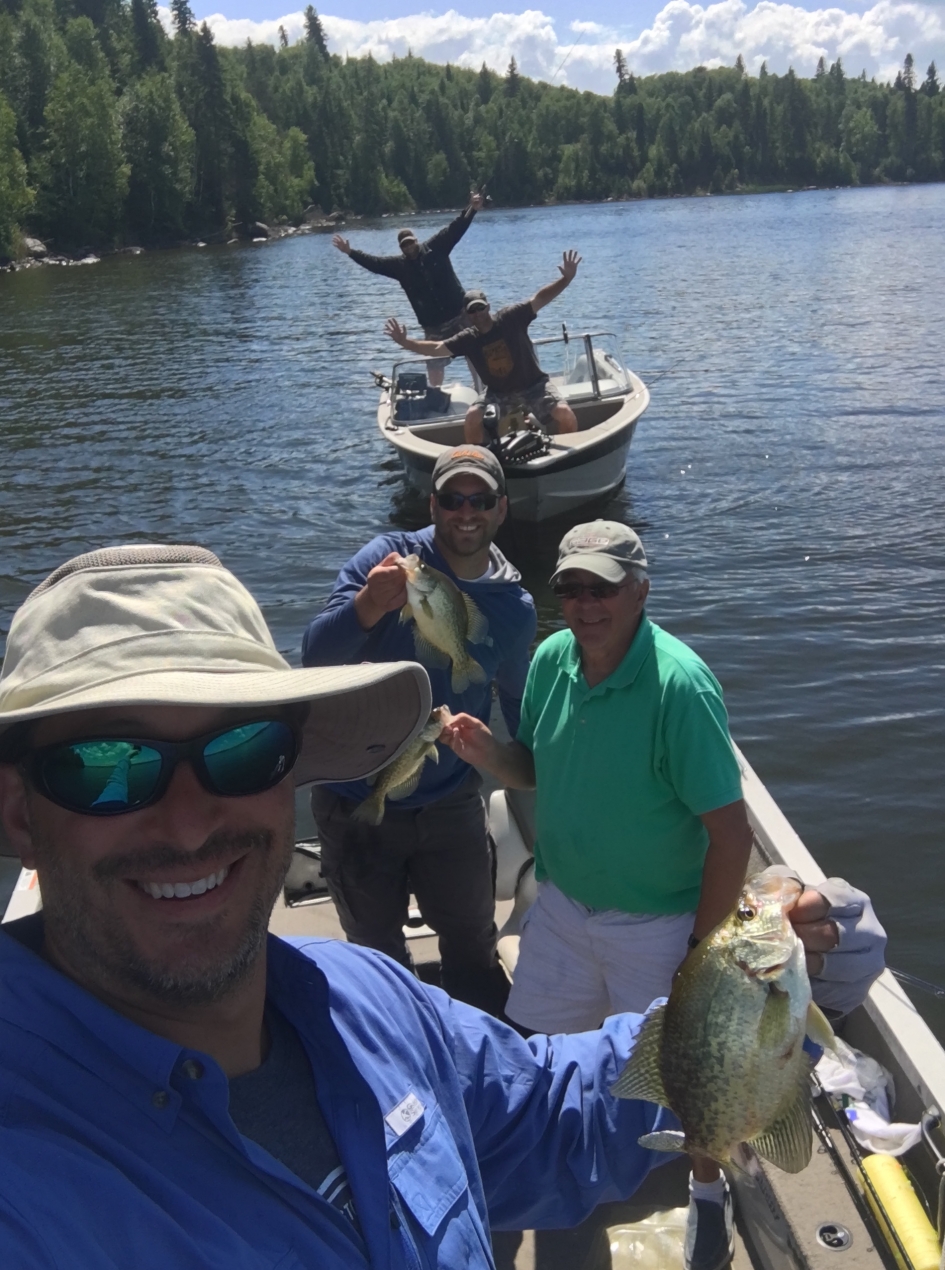 Another crazy musky week here at KC's Landing! Still terrorizing the walleye. Walleye picked up nicely mid week giving lots of action. The nicest one was 29 inches caught and released. A 36 inch northern with a walleye in its mouth caught and released, also the walleye fisherman got to see a lot of musky action as they were walleye fishing. Bass were active on Boulder lake. No one trout fished again last week. Moose lake still hasnt turned on yet, but soon will and will be lots of fun. All in all another great week with lots of fun family activities here at KC's Landing. 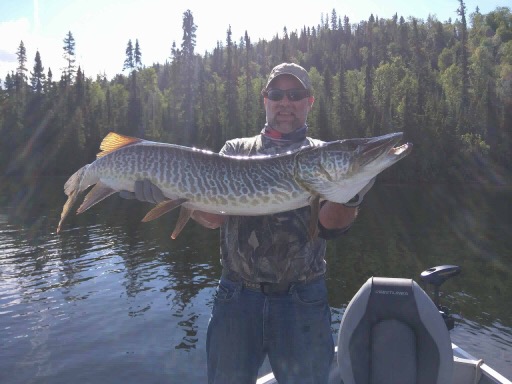 These two guys caught over 700 fish during their stay at Antenna. The biggest fish was a 42-inch Northern! The Walleye fishing was good, but tougher on the hot, calm days. For Walleye they jigged with minnows.

The Walleye fishing was good… they ate fish for almost every meal! They mainly fished with jigs and minnows and 22 inches was their biggest Walleye. As for Northern, they had lots in the high 30-inch range, but nothing over 40. The best for Northern was Silver Johnson spoons and spinner baits. They found the fish in the weeds in 6-10 feet of water.

The McVicar crew had EXCELLENT fishing. They noted the fishing to be a little slower on the hot and calm days, but nonetheless it was fast-paced action. The biggest Walleye was 23 inches and their biggest Northern was 36 inches. They fished with jigs and minnows or white or chartreuse twister tails. The mainly caught their Northern while Walleye fishing. They threw some spoons and plugs for Northern, but had the same success as with a jig and minnow! The Walleye were about 20 feet deep on the hot days and on the cloudy days they’d come a bit shallower and be found on the rocky points.

The fishing at Kapikik this week was excellent! All the fish were found in flowing water, usually on rocky points in anywhere from 9-15 feet of water. For bait this group used mostly jigs and minnows along with the odd scented artificial grub. They caught a ton of walleye with their biggest was 25 inches. While fishing for walleye they seemed to catch lots of northern as well. They said that they caught lots of northern in the 30-inch range.

This three-day fishing trip was a successful one. This crew brought in on average of 100 walleye and 10 northern a day. Their largest walleye came to 23 inches and their largest northern reached to 25 inches. They said the fish bit all day and found them most active anywhere around islands in 10-15 feet of water with a simple jig and minnow rig.

All this group could say about the fishing was that there were too many to count, which makes for a fun and successful week! Their largest walleye was 21 inches and their largest northern was 28 inches. They used the same bait all weekend, when it was sunny out they used pastel blues, yellows and white jigs & spoons. When it was cloudy they used bright yellow, orange and green jigs & daredevils. The daredevils that they used and found very good were silver backed, not gold or copper. They were successful in finding walleye by trolling the whole perimeter of the lake along with hitting the hotspots that were set out on the map. This group added that the underwater reef just outside the front door was so active that they had to stop and rest. They couldn’t empty the net fast enough. Their average walleye on the reef was 17-19 inches.

Fawcett lake was as busy as usual. This group said the fishing was good, and it was fun having to work for them. They caught 825 walleye with the two at 26 inches. The best time of day was in the mornings by using jigs and minnows, trolling points and reefs in about 15-25 feet of water. To accompany the walleye, they also caught a handful of northern. They brought in 75 northern with the biggest reaching 35 inches. Northerns bit all day long, using spoons with a jig and minnow, in and around reefs and points but in shallower waters (5-15 feet). 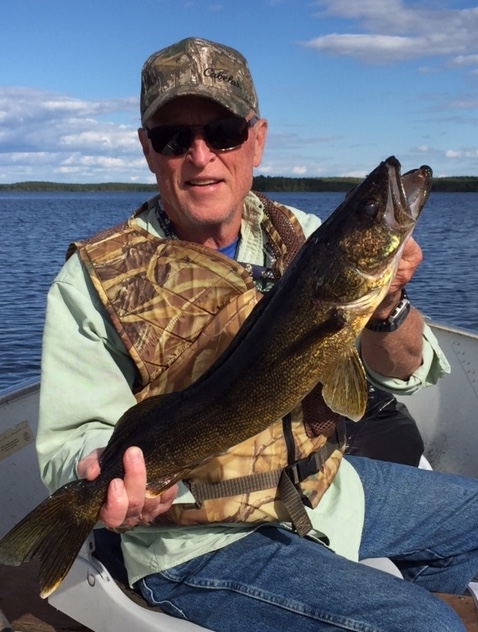 This group of four had a really busy week. They caught 1300 walleye during their stay at Bertrand Lake with the largest reaching 28 ½ inches. They found the walters around reefs, in 8-15 feet of water, using ¼ oz jigs (orange and yellow) with minnows, biting best right after dinner (4:30-6:00). They also did great while fishing for northern catching 50 with the biggest reaching 44 inches long! They were found in cabbage weeds, in 5-8 feet of water, on weedless daredevils and white mister twisters and bit best around lunch (10:00-2:00).

The wildlife around the cabin made for great sights this father and son said. They caught a total of 1100 fish throughout their stay at Grace Lake. The walleyes got into a frenzy in the late mornings and often again in the early evenings. They used bottom bouncers, spinner rigs and jigs for the walleye. They bit best from 10:00-1:00 and in 6-14 feet of water. Most of their walleyes were caught around islands, windblown shorelines adjacent to deep water and on underwater reefs. Their largest walleye came to 22 inches. They were also able to find the northerns. Using silver spoons and topwaters, in weedy bays, rocky points and shorelines, usually in the mornings from 8-10, the northern were found. 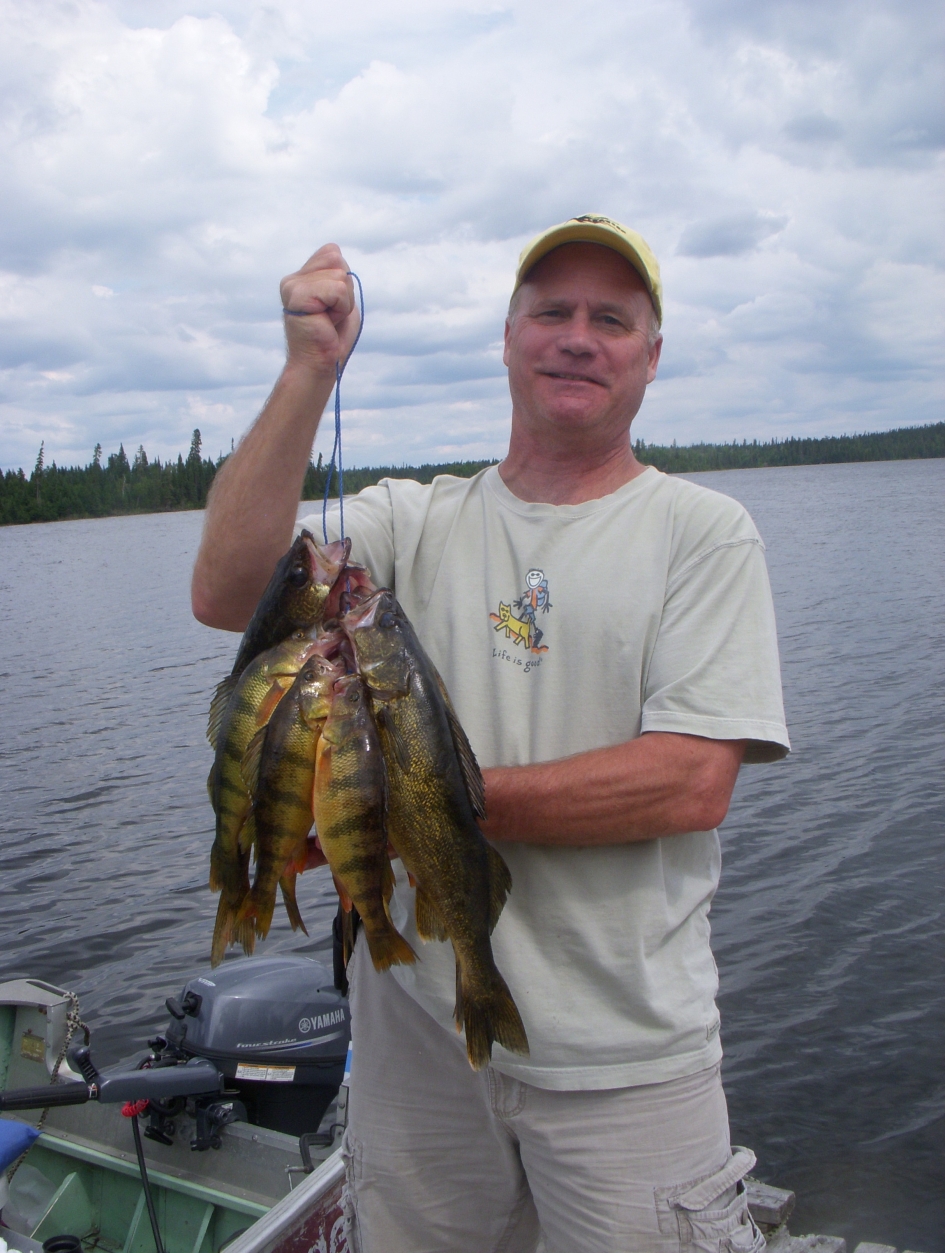 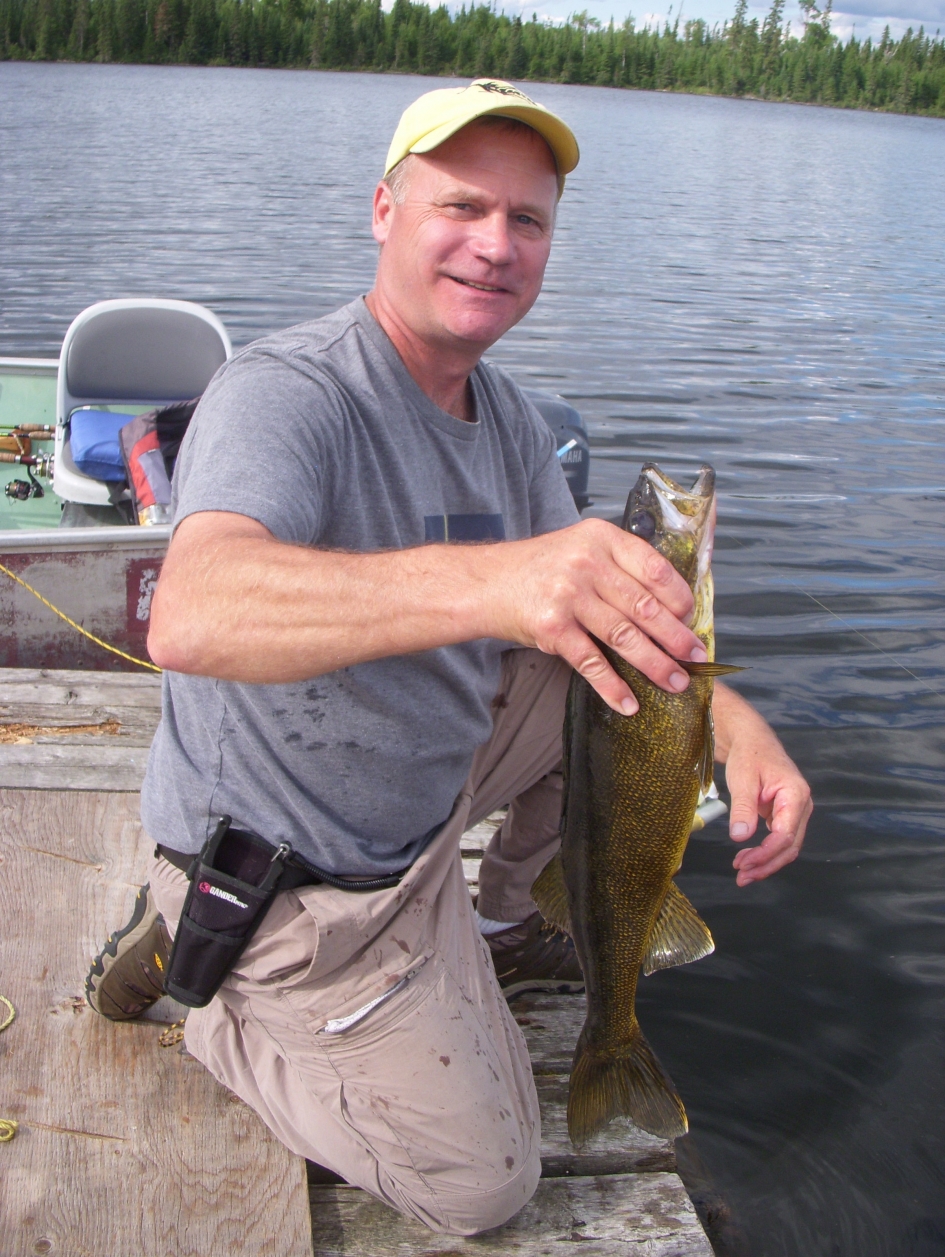 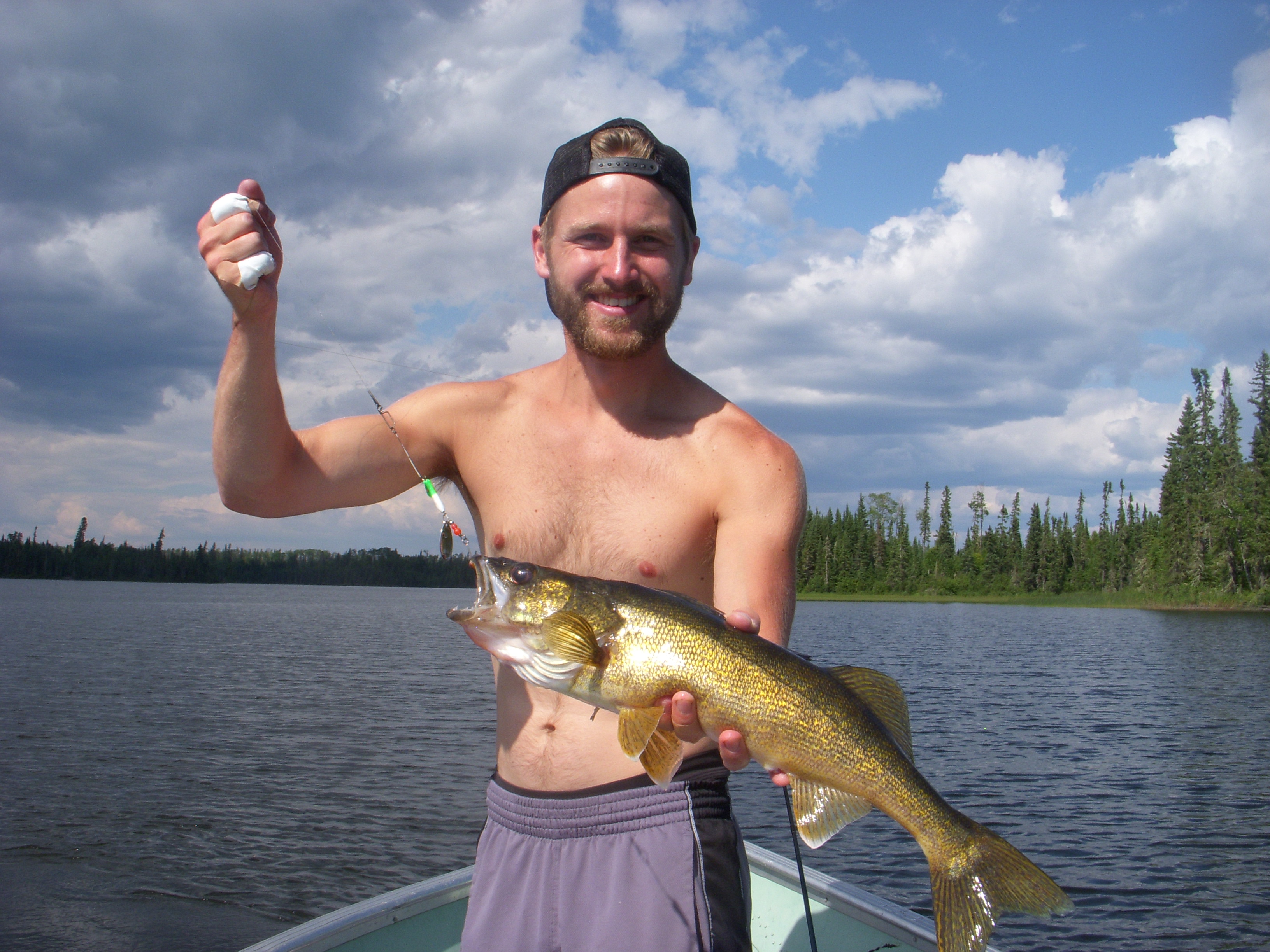 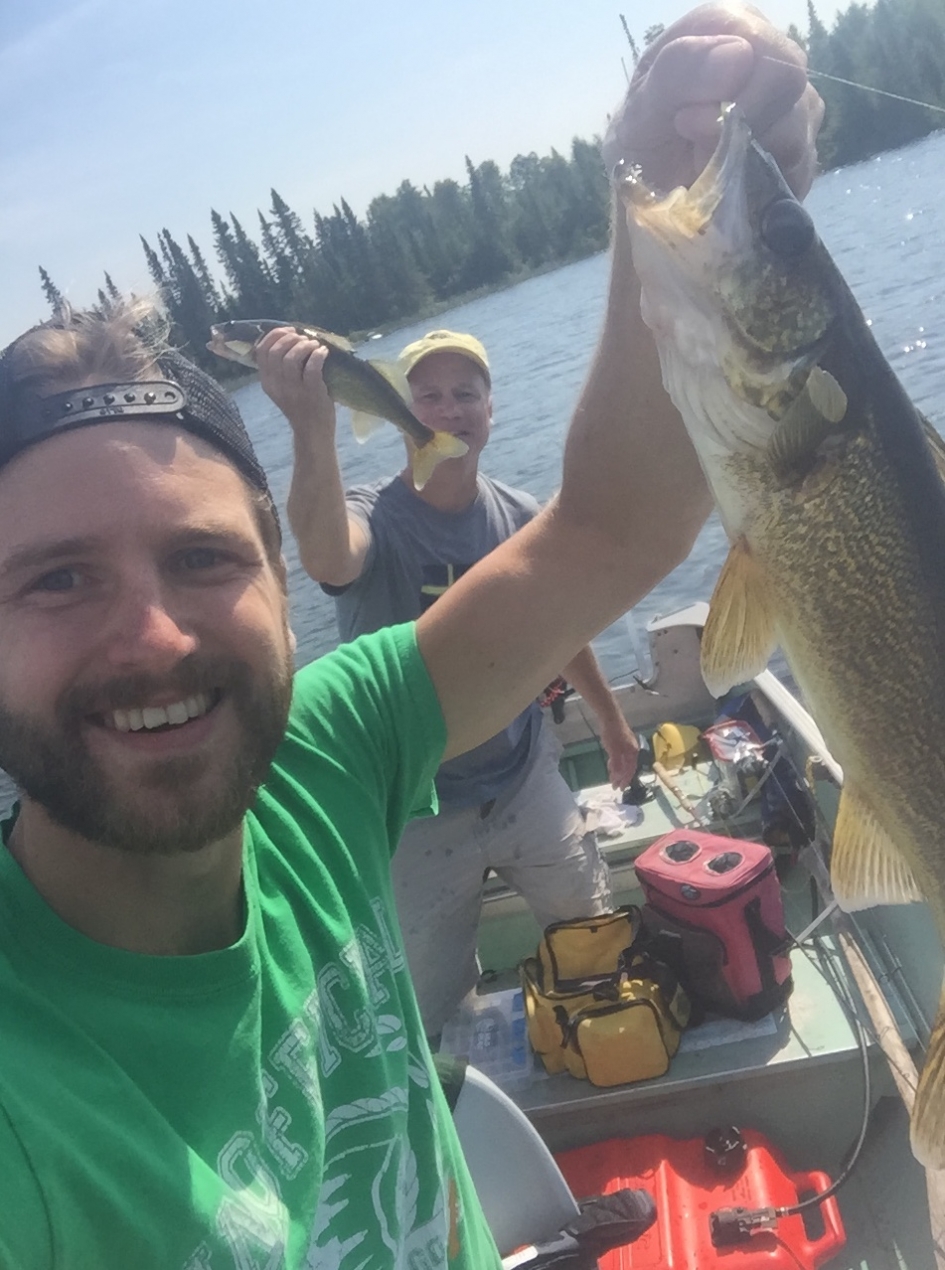