The Muskie are still crazy active on the chain and keeping the Walleye on the run! The Trout have finally picked up again on Augite and there’s been a couple of nice ones caught on Boulder as well. Northern Pike were very active as well… hiding in the shallow bays in the lily pads. As for Walleye, the early morning and late evening bites were best. 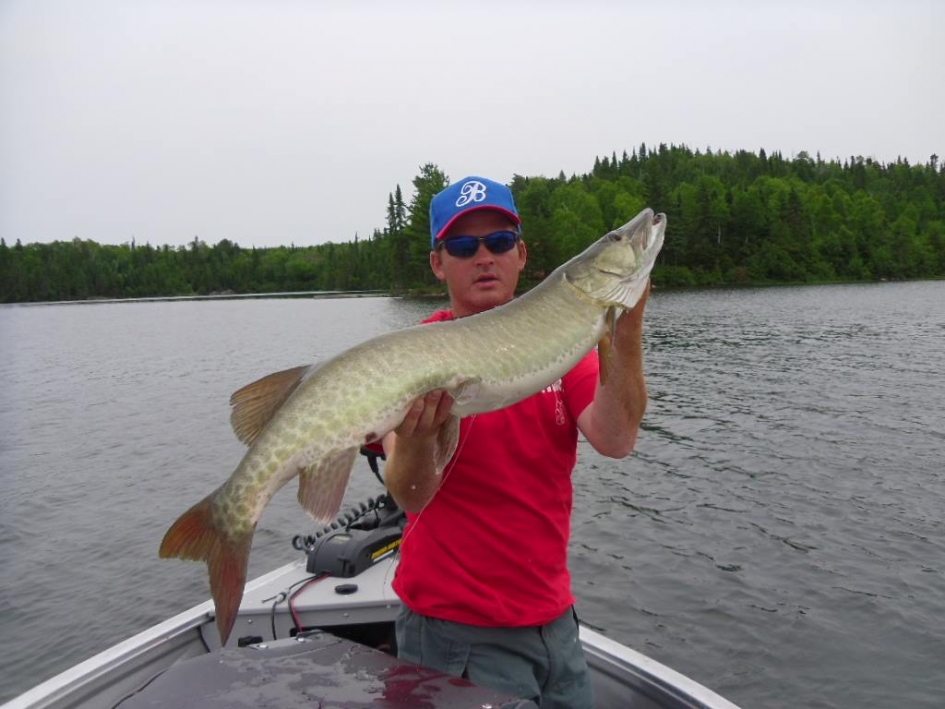 The Muskie were a little lazy this week… lots of follows, but not a lot of hits. The Walleye fishing was slow during the day, but the evening bite was hot! The kids in camp had a blast catching the Perch, Northern, and Bass off the dock. The Bass are so well-trained that it’s quite the art to get them to bite… but, when they do they sure put up a fight! 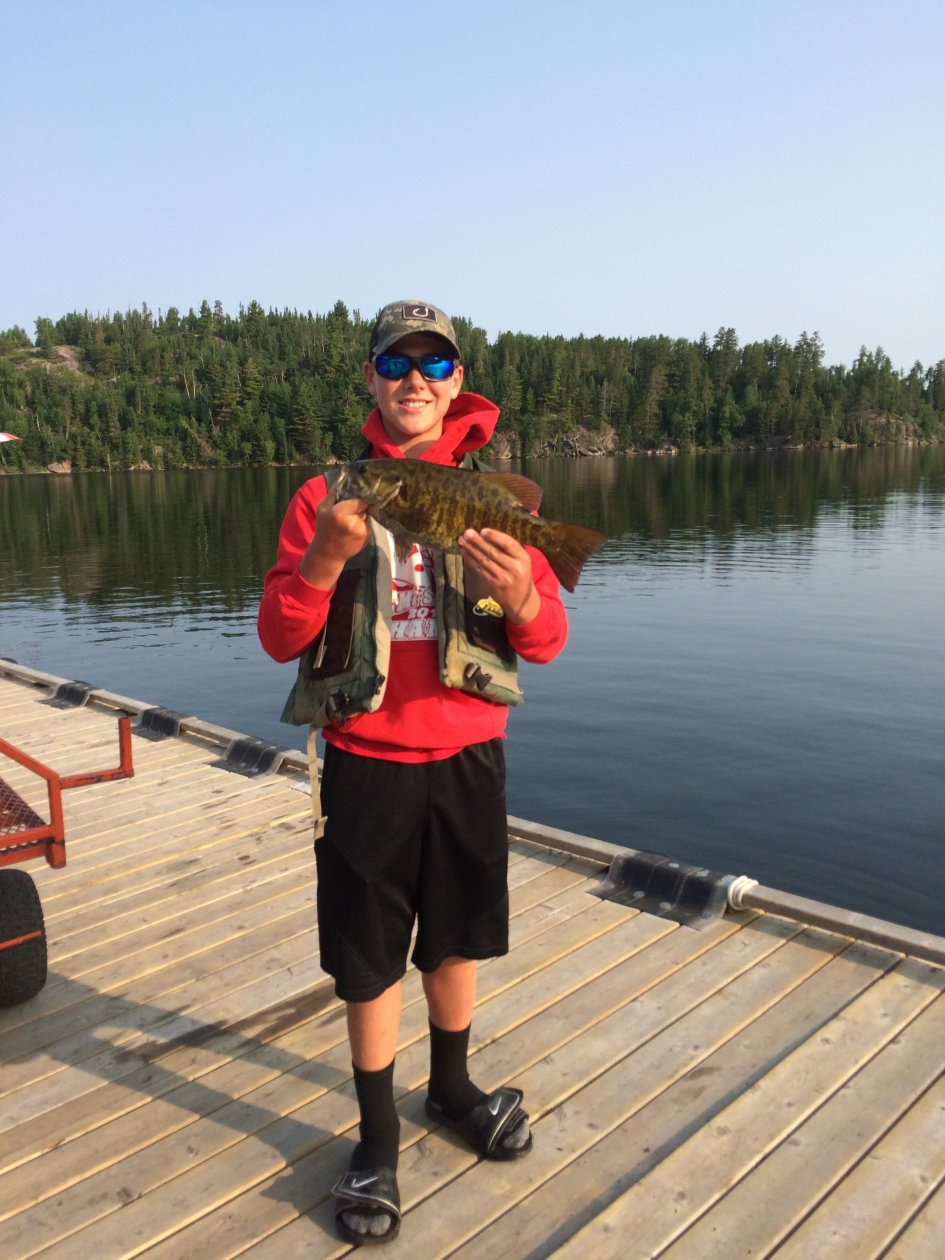 The first three days for this group were tough fishing, but then things really picked up! They found the Walleye in 8-12 feet of water. They had the best luck jigging on rocky points. They mainly targeted Walleye, but also caught a few Northern and some Perch. The evening bite was always best.

These guys were amazed at how easy the fishing was on Upper and Pusher. They mainly fished the spots marked on the map. They caught lots over 20 inches by the marker on Upper Wapesi and a 26.5” Walleye on each lake. The mostly fished with jigs and minnows and said trolling with shad raps was good too.

This group was not targeting Walleye (only to eat), but they said the Walleye were anywhere around rocks or islands in 3-10 feet of water and they were biting on anything. As for Northern, spinners worked best and the Northern were right in the weeds. Their biggest Northern were two 37 inchers.

This crew was only there for a short time, but for them it was all about kicking their feet back and enjoying the solitude. The ladies suntanned and read books and just enjoyed some time unplugged. The guys said the never struggled to catch fish to eat and got to see some wildlife too!

This group did well at Bertrand Lake… for two of them, it was their first time to Canada! They caught a handful of walleyes in the 20”-22’’ range along with 1 big 24”. They used mostly Jigs and spinners with minnows. The walleyes were caught mainly in the early mornings and late evenings in anywhere from 12-18 feet of water. On their last day they were catching good sized walleye in 5-8 feet of water in the morning at 8-11am. While the walters were biting pretty good, this group also caught a good amount of northern. Using Dr. Spoons, they managed to pull 2-37”, 2-35” and 3- 32’ northerns into the boat. The northerns were found usually in the afternoons in 5-8 feet of water, along big rocks with cabbage weeds close by and in openings of bays.

The Kamungishkamo crew caught over 200 walleye with the biggest on reaching 21”. The bait that worked for this group was yellow/black spoons, roadrunners, with live bait/minnows. They were able to find the walleyes in weed beds with about 15-20 feet of water all day long! They were also able to bring in over 300 Northerns this week with the largest being 30” long. The bait they used was yellow/black spoons, top water spook and large roadrunners. They found the northerns in 3-6 feet of water, early in the evenings, in weed beds, on shorelines, at the south end of the lake, north east of the rapids.

This crew caught more fish than they could handle. The walleye fishing was like no other, they said hundreds every day with the largest walleye reaching 23.5” long. All this group used was minnows, jigs and little Joe spinners. They were caught in 8-20 feet of water on shorelines, reefs, and all of the places marked on the map. They caught even more northern than they did walleye with their trophy fish was 36.5” long. They used spoons, crank Baits and minnows and usually in the afternoon they bit in 4-10 feet of water, cruising around shorelines and weed beds.

This group fell in love with Bumpy lake. The average size of Walleye in Bumpy were 17-19 inches and they caught a 23-inch, a 21-inch, and lots of 20’s. Their biggest Northern was 30 inches. They figured they caught about 500 Walleye during their stay, but didn’t use minnows at all! They were all about jigging with twister tails or trolling with crank baits. They said the Walleye in Cook were plentiful, but smaller. They found Walleye in 4-15 feet of water, along shorelines and in the rocks.