The Walleye seem to STILL be scattered on Cedar Lake. The “persistent” fisherpeople still came through with some good catches, but they had a hard time finding the “honey holes”. There was a nice 26-inch Walleye caught and released and it was actually caught in about 40 feet of water! We are hoping that the stretch of stable weather we are having will straighten things out. The Perch fishing seems to be good and the Muskie action is still going strong. 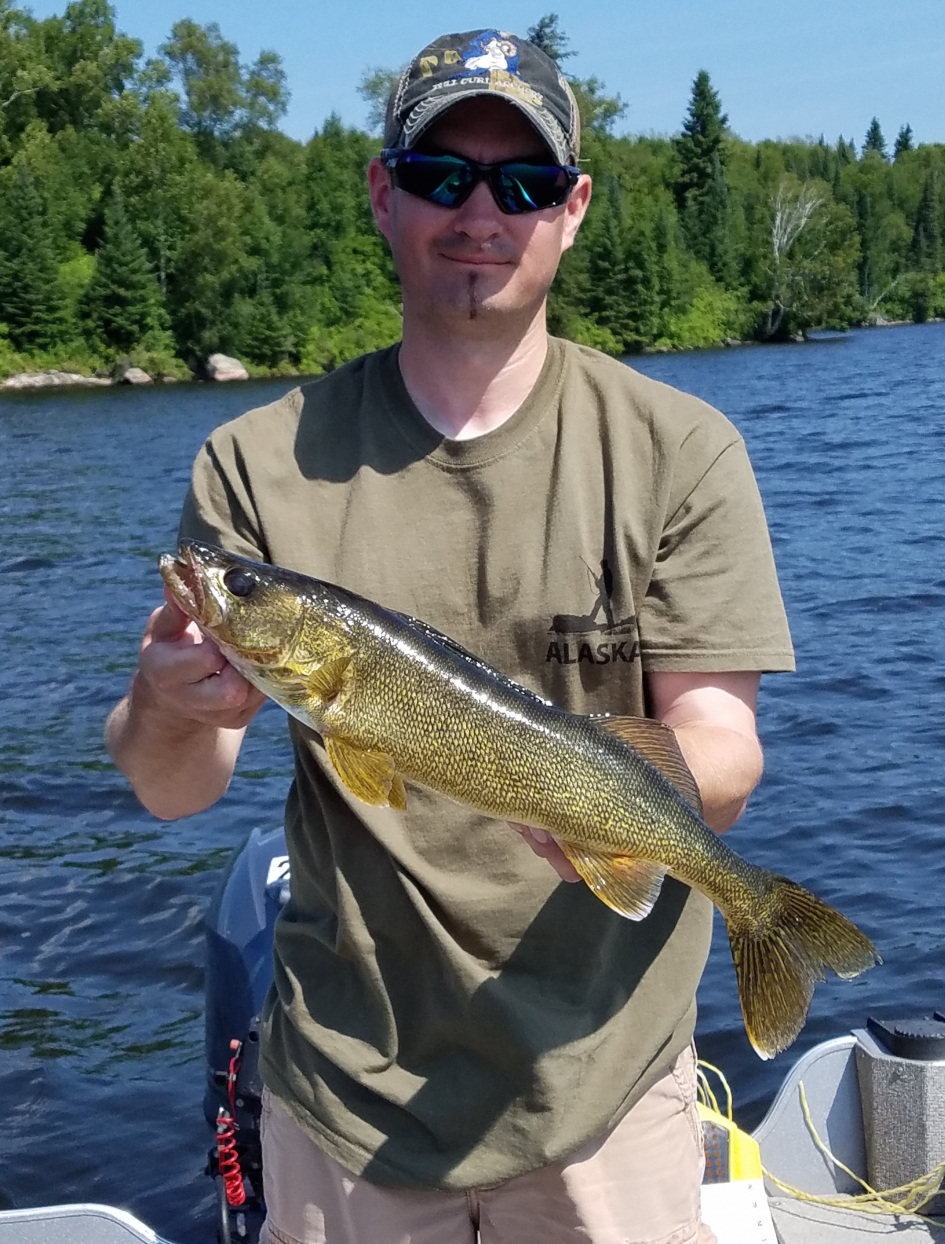 What a fun week on the the Indian Lake Chain! Lots of great Muskie action. The Walleye are still scattered this week. They are down at 20 feet of water in Boulder Lake and up in 10-12 feet on the rest of the Chain. Early morning has been the best for those who get up and at it! Lots of Pike action in the weeds. 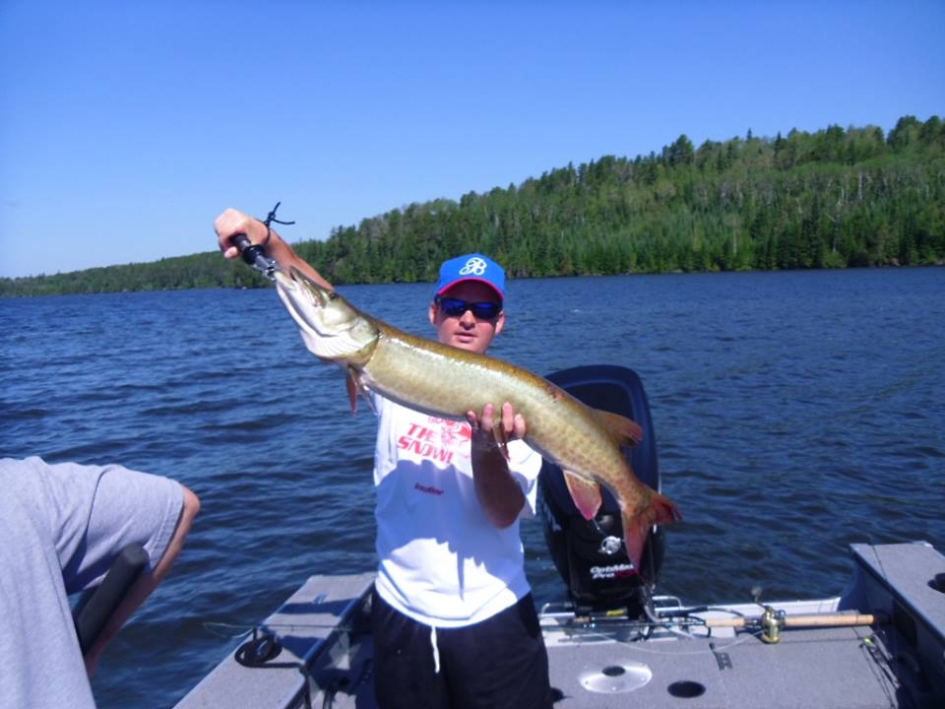 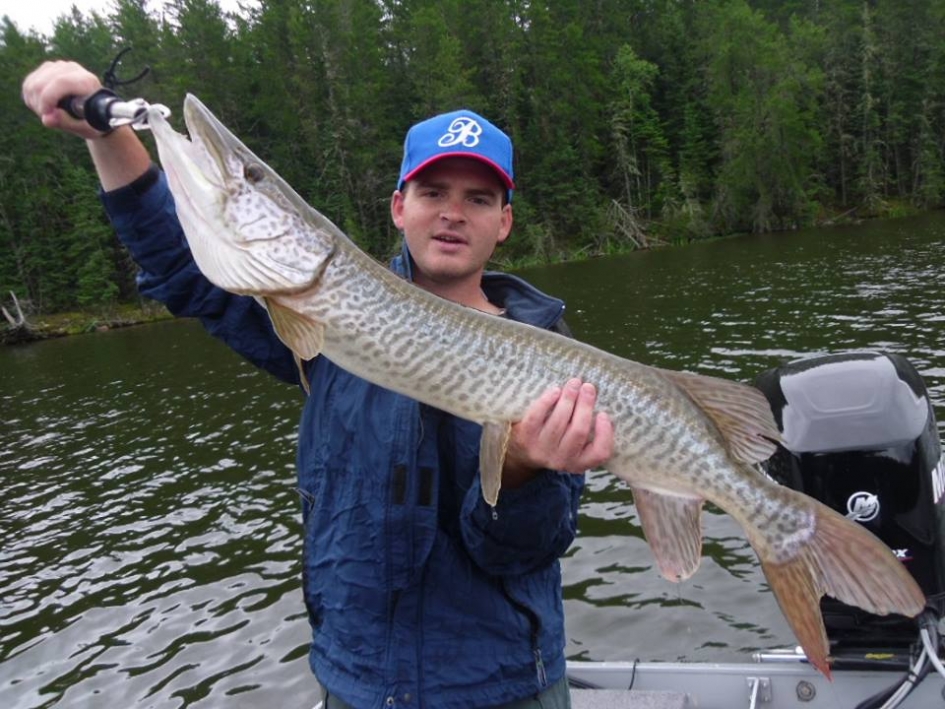 The warm weather really got the action started at Kam! Almost 1,000 Walleye were caught and about 250 Northerns! The biggest Walleye was 22.5 inches and the biggest Northern was 38 inches. The most effective bait for Walleye was a jig and a minnow or crawlers on spinner harnesses. The points and rock piles were the best spots in 10-12 feet of water. The most effective lure for Northerns were any spoons – throwing or trolling. They found Northerns in the same spots and depths as the Walleyes.

This group caught lots of Walleye and LOTS of Northern! Their biggest Walleye was 23 inches and their biggest Northern was 37 inches. The best bait for Walleye was a jig and a minnow or twister tail, and the best bait for Northern were crank baits and spoons. The best fishing spots were those marked on the map at the cabin. They also ventured into the 3 portage lakes and saw a bull moose in the river! Most fish were anywhere from 6-12 feet deep. One guy caught a 27 inch Northern while reeling in a 12 inch Walleye!

The fishing was yet again outstanding on Kapikik Lake this week. This group caught 100-150 Walleye per boat per day! They fished with 1/8 oz. jigs and live minnows (exactly what we ALWAYS recommend using). The best spots were rapids, and in the rocks with faster water. The Walleye were shallow (3-10 feet). Their biggest Walleye was 25 inches and their biggest Northern was 33 inches. The best lures for Northern fishing was silver minnows with a white twister tail or a daredevil. The Northern were shallow in the weeds and along the shorelines. They said the place was very nice, clean, new, and the fishing was great no matter the weather.

This group caught about 850 Walleye with some in the 19-24 inch range. They used orange/black jigs with smoke grey grubs, little joes with minnows, and jigs with minnows. They fished the shorelines and reefs in 6-15 feet of water. The best fishing time was from 11:00 a.m. to 4:00 p.m. They caught about 75 Northern with a handful in the mid-30 inch range. It sounded like most Northern were caught while Walleye fishing. Their best day of fishing was mid week on a partly cloudy, warm day and they caught over 300 Walleye.

The Walleye fishing on this lake never slows down! This family caught a couple hundred Walleye every day. They fished with jigs and minnows on the rock piles in 8-10 feet of water. They even caught a 36-inch Northern while reeling in a 16 inch Pike! Another week of fast-actiion Walleye fishing on Grace.

This group of 3 caught 794 Walleye, 45 Northern, and 2 Perch. They caught two 25-inch Walleyes, a 28-inch, a 29-inch, and a 30-inch!! Their biggest Northern was 39 inches and they lost a monster at the boat. They fished for Walleye with minnows and leeches and for Northern with gator spoons, Dr. Spoons, and a 12” sluggo (red colour). The “hot spots” were the hump at the south end of the lake, behind the island across from the cabin, and around the island to the East of the cabin. The Northern were mostly in the weeds in 5-8 feet of water. The Walleye were about 14-feet deep. 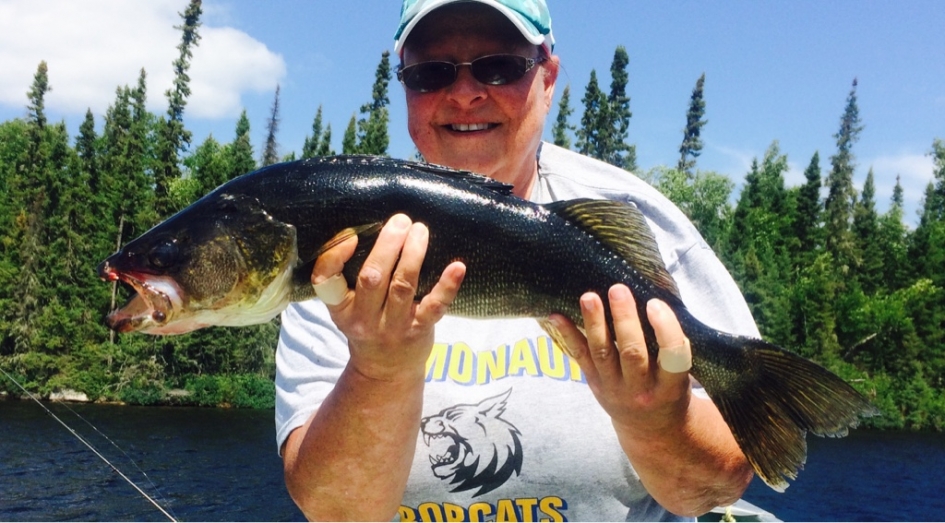 This group of 4 caught about 200 Walleye per day and 10 Northern per day. The biggest Walleye was 24 inches and the biggest Northern was 42 inches! They fished using chartreuse twister tails with jigs and minnows and also night crawlers. They fished the main lake on humps and also the river around from the cabin. They fished Gull Lake and almost made it to Zionz, but the water was too low. The fish were in 10-15 feet of water. They also caught a 14-inch Sauger and saw two bears swimming on two different days. They also saw a caribou near the river by the cabin.