The Walleye and Perch were very active along the edges of the pencil weeds this week. The Smallmouth fishing was great with some really nice ones caught and released. The Muskie and Northern fishing was awesome, some said it was the best they’ve ever had on Cedar Lake. Things are really picking up again now that the Mayfly hatch is over. 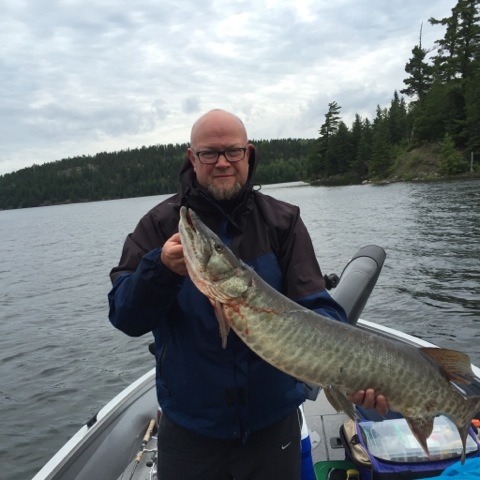 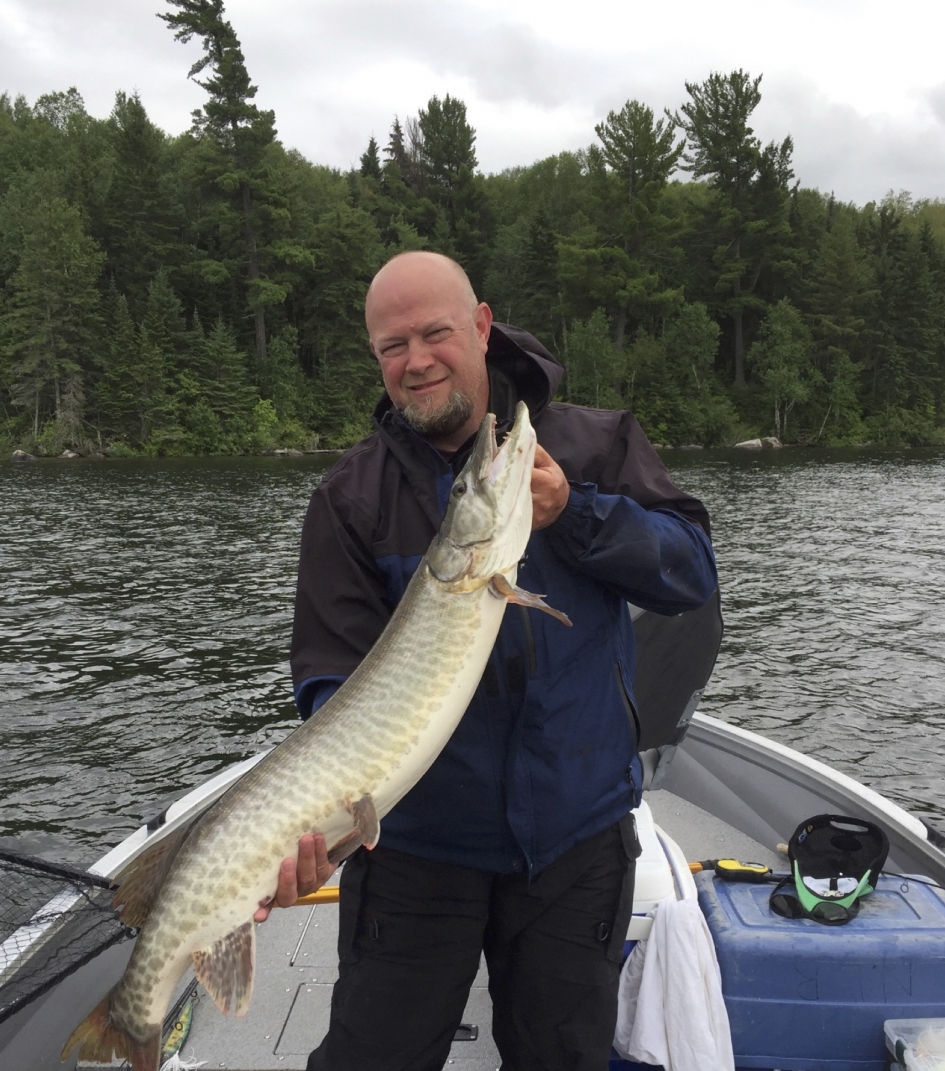 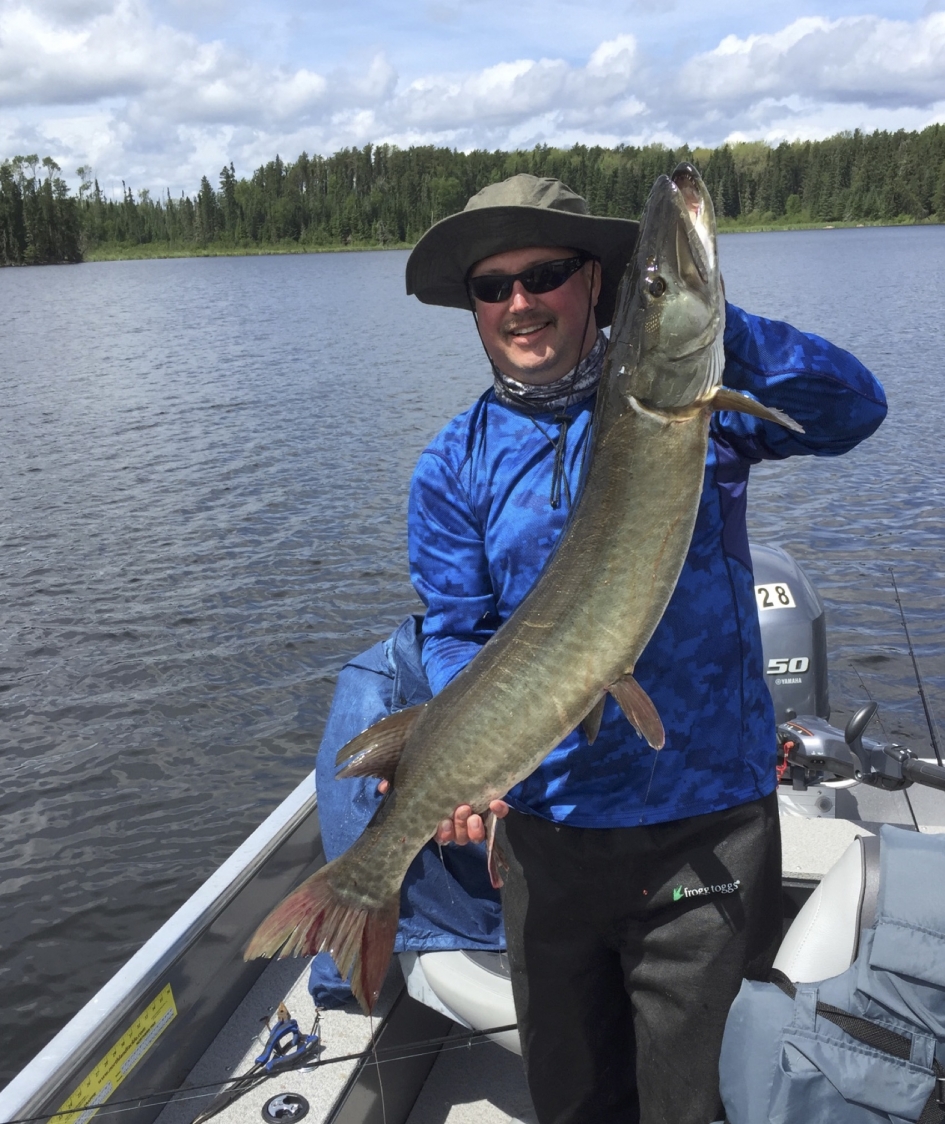 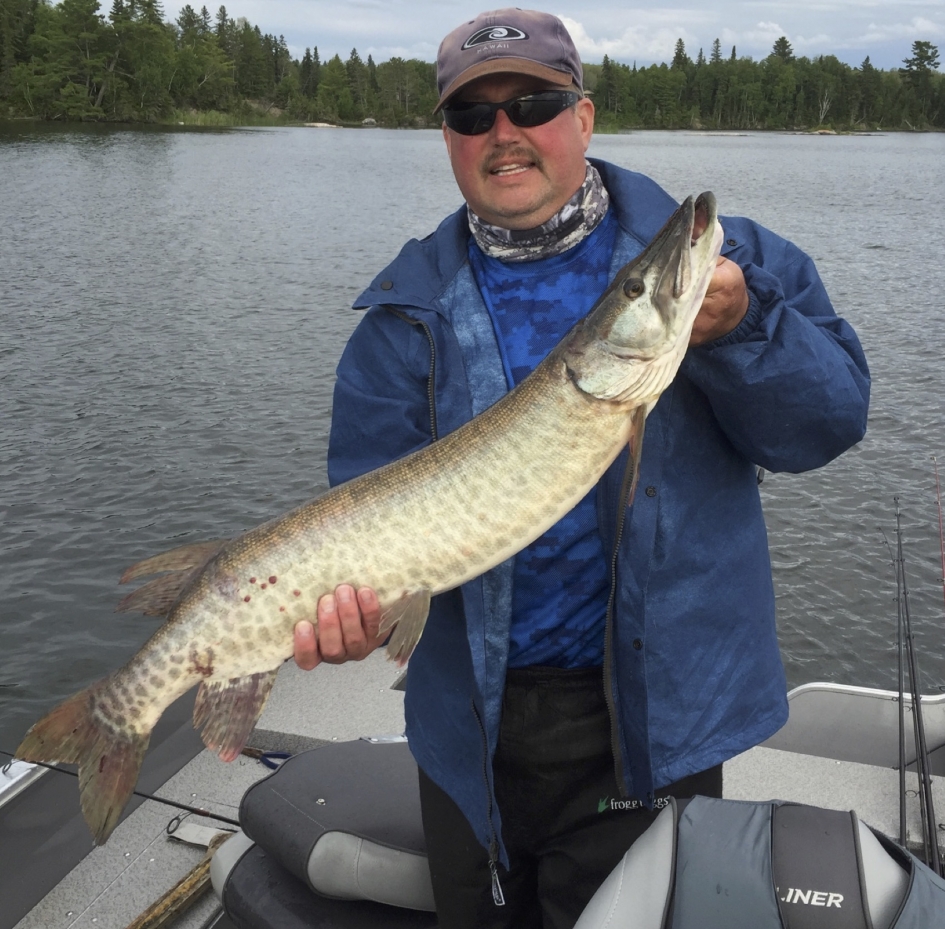 The fishing was also picking up on the Chain this week. Some people had great Walleye fishing on Boulder and even some Muskies. There was a 46-inch Muskie caught and released and also a 32-inch Walleye! Another group did exceptionally well with Lake Trout, while others really got into the Walleye and Bass. The Walleye were deep (16 feet) and the Trout were in about 40-45 feet of water. The fishing on Augite is still hot! 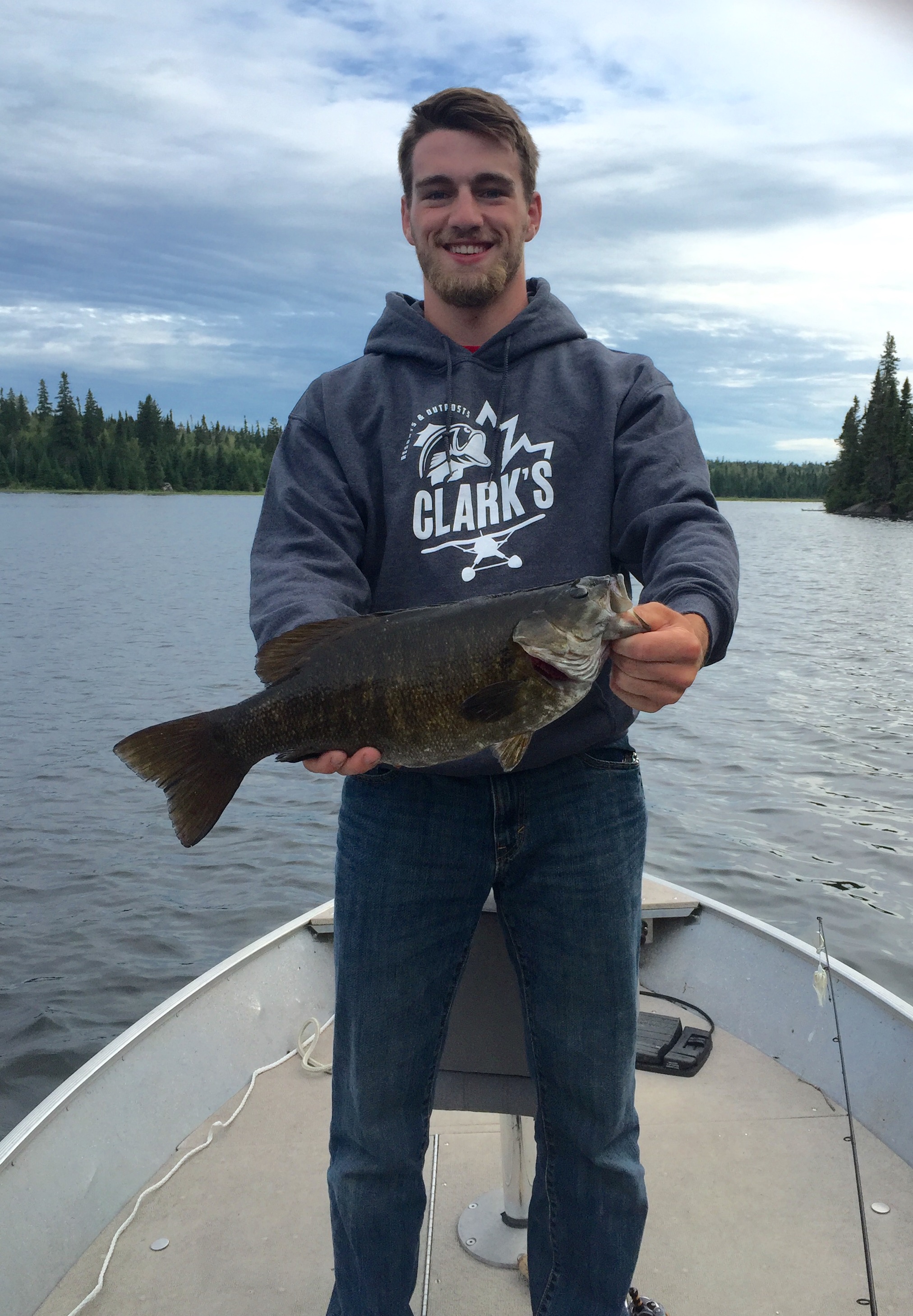 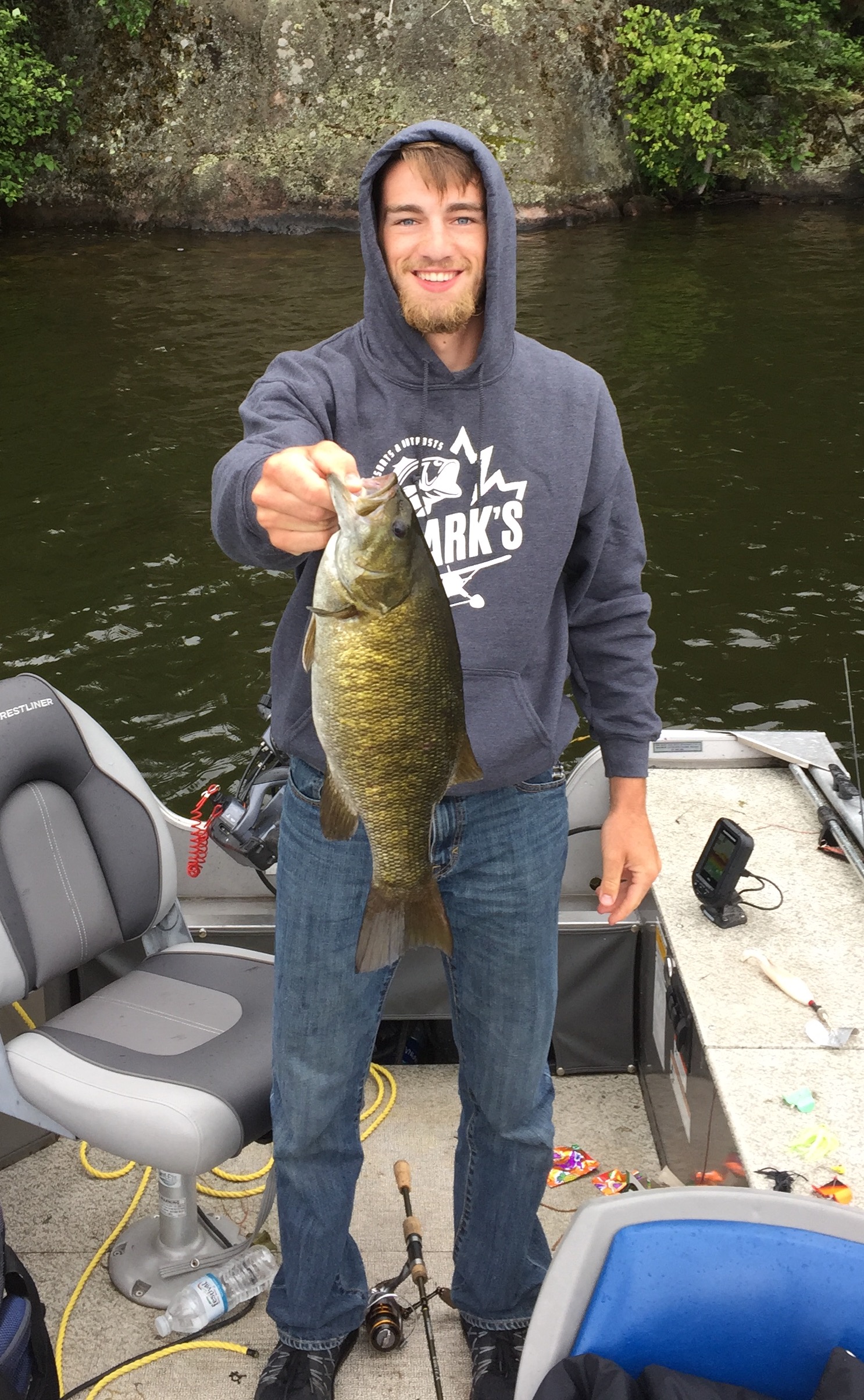 This couple were one of the first to fish Una Lake this year. We just got this (new to us) camp opened up. They had a great time. They only fished with hardbaits and caught almost 200 fish. They trolled in 8 to 17 feet of water. The largest Northern was about 33 inches and most of their Walleye were in the 15 to 25-inch range. They said the weather really played into the fishing. They got a lot of rain and in the short time they were there, the water temperature rose from 62 degrees to 70 degrees Fahrenheit! The extreme change in water temperature caused the fish to seek deeper water. All in all it was a great vacation for two people.

These guys had a nice week at Wright Lake. They only fished a few hours per day and enjoyed lots of time relaxing at the cabin. The Walleye fishing was really good along shorelines and around islands. They used jigs with minnows and Sassy Shads. The biggest Walleye was 26 inches. The did not target Northern, but caught a few by accident.

Meen Lake was on fire AGAIN this week! This group caught about 100 Walleye per day and didn’t even use live bait. They fished with Rapalas (various sizes and colours). The biggest Walleye was 20.5 inches. The found fish all over the lake in 7-10 feet of water. The biggest Northern was 34 inches.

The fishing was a little slow on Kapikik Lake this week. It could have been due to the weather, which was all over the map, but the water is still very cold in those big lakes! It’s hard to say what might have made the fishing more challenging, but that’s why its called fishing and not catching! They still caught about 1,000 Walleye and a couple hundred Northern. Their biggest Walleye was 25-inches and their biggest Northern was 38.5-inches. They trolled along shorelines, reefs, and weedbeds and fished using plastic grubs. The Walleye were only 3-11 feet deep. It was their first time at Kapikik and they were VERY impressed with the cabin and facilities. It was a fun time had by all.

What a week for Northern fishing on Bertrand Lake! These guys caught LOTS over 40 inches topping out with a 47-inch Northern. They used Crankbaits mostly and fished around rocks in 8-10 feet of water. They also caught hundreds of Walleye and the biggest was 25-inches. 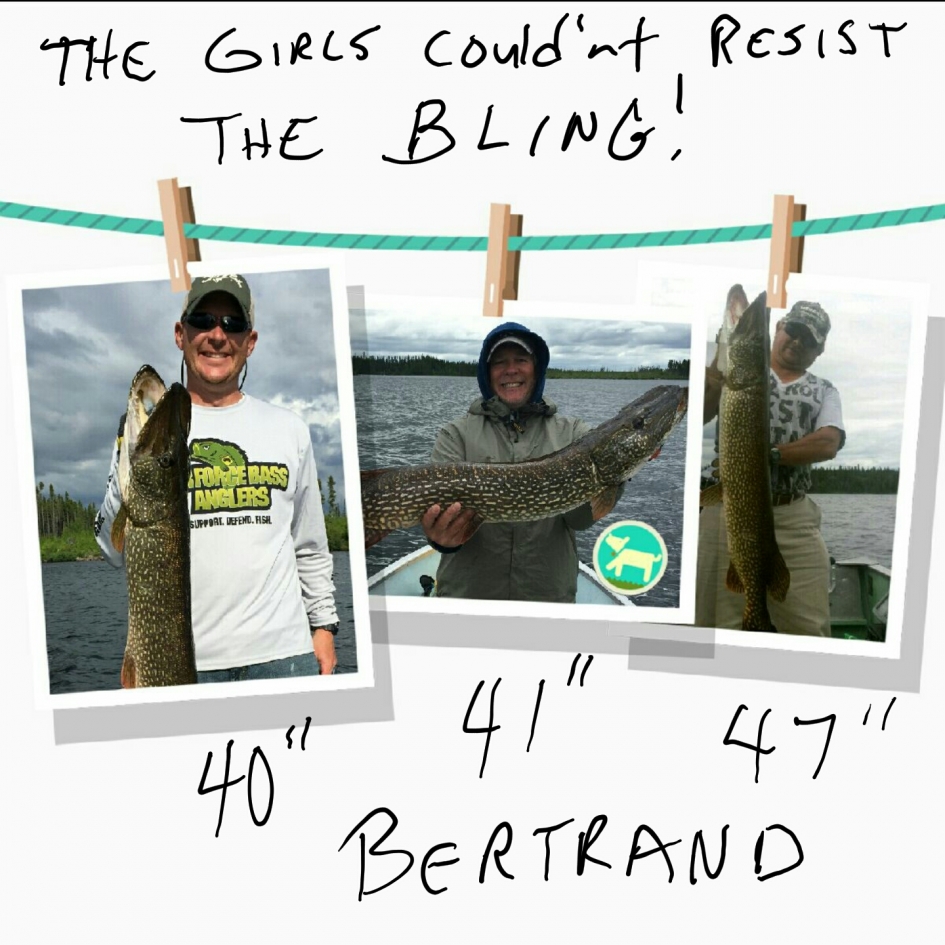