The week started out strong with fantastic Muskie and Walleye action. After 10 hours of fishing one group had saw over 20 Muskies and even boated a couple. There was some 22 inch + Walleyes caught and one young girl caught a 27-inch Walleye! The fishing slowed down again mid-week. The guests marked lots on the fish locators, but weren’t able to boat many Walleyes. There were quite a few Perch and Smallmouth caught, but the fishing still isn’t as good as it should be for this time of year. 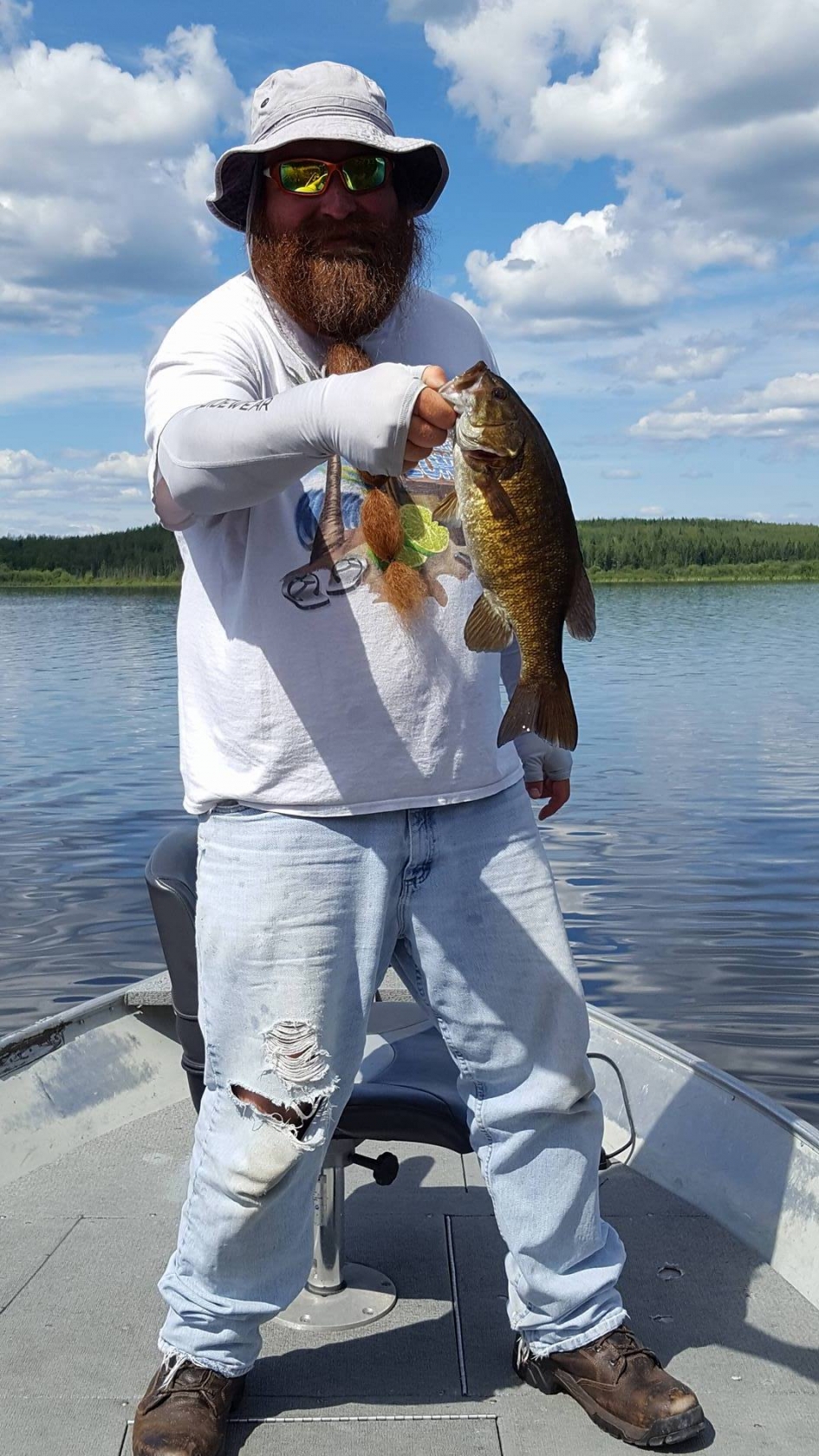 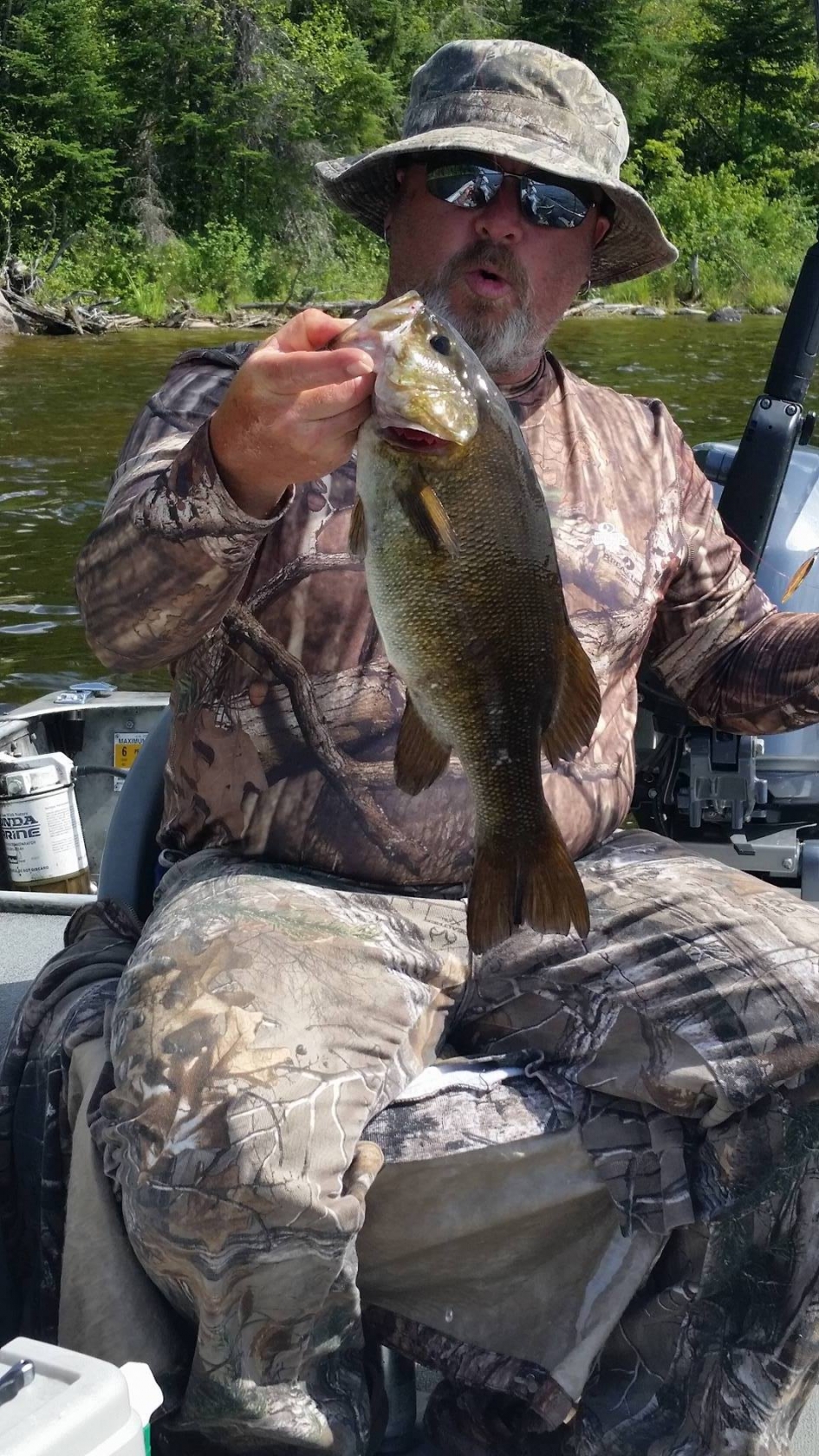 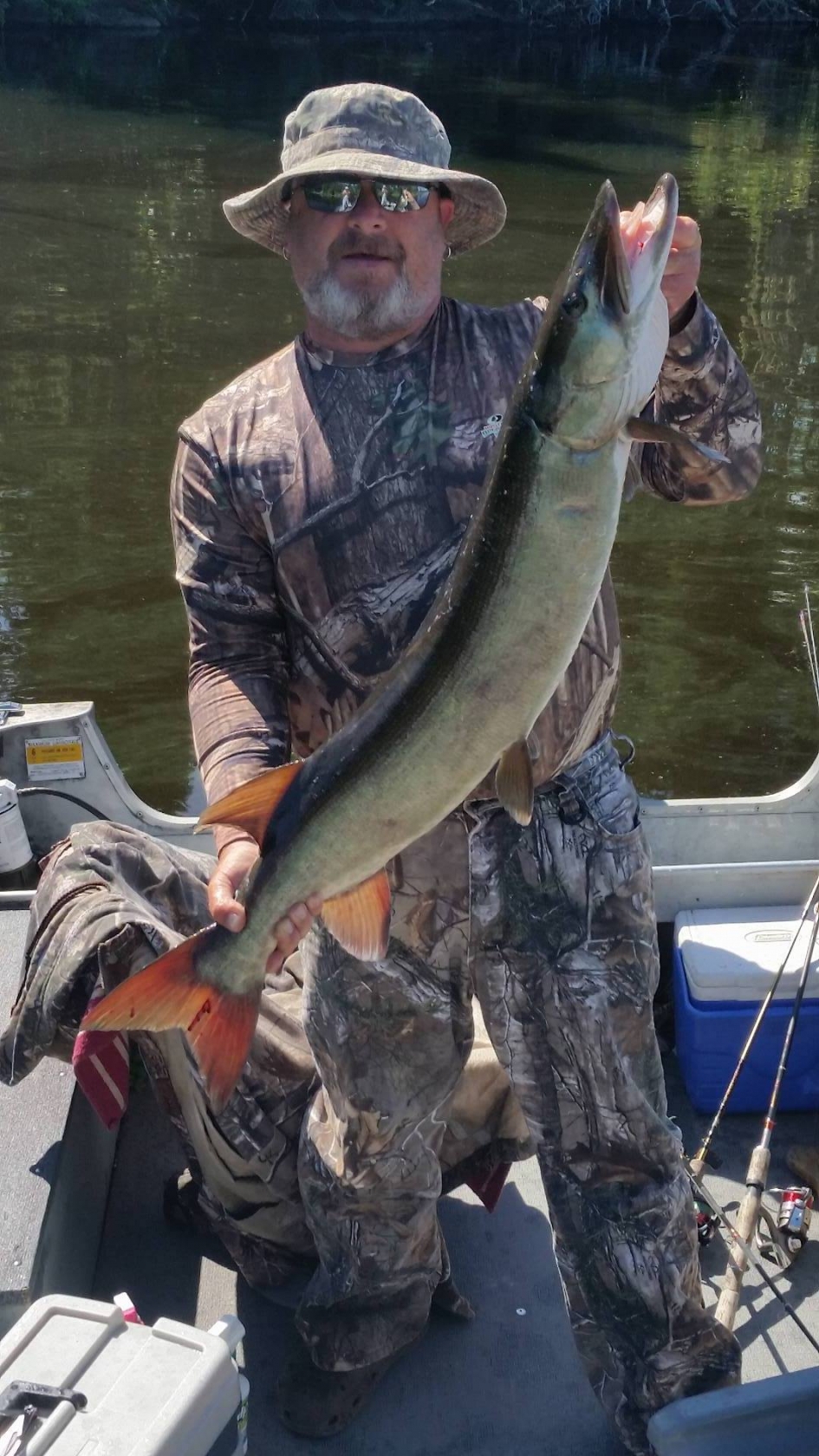 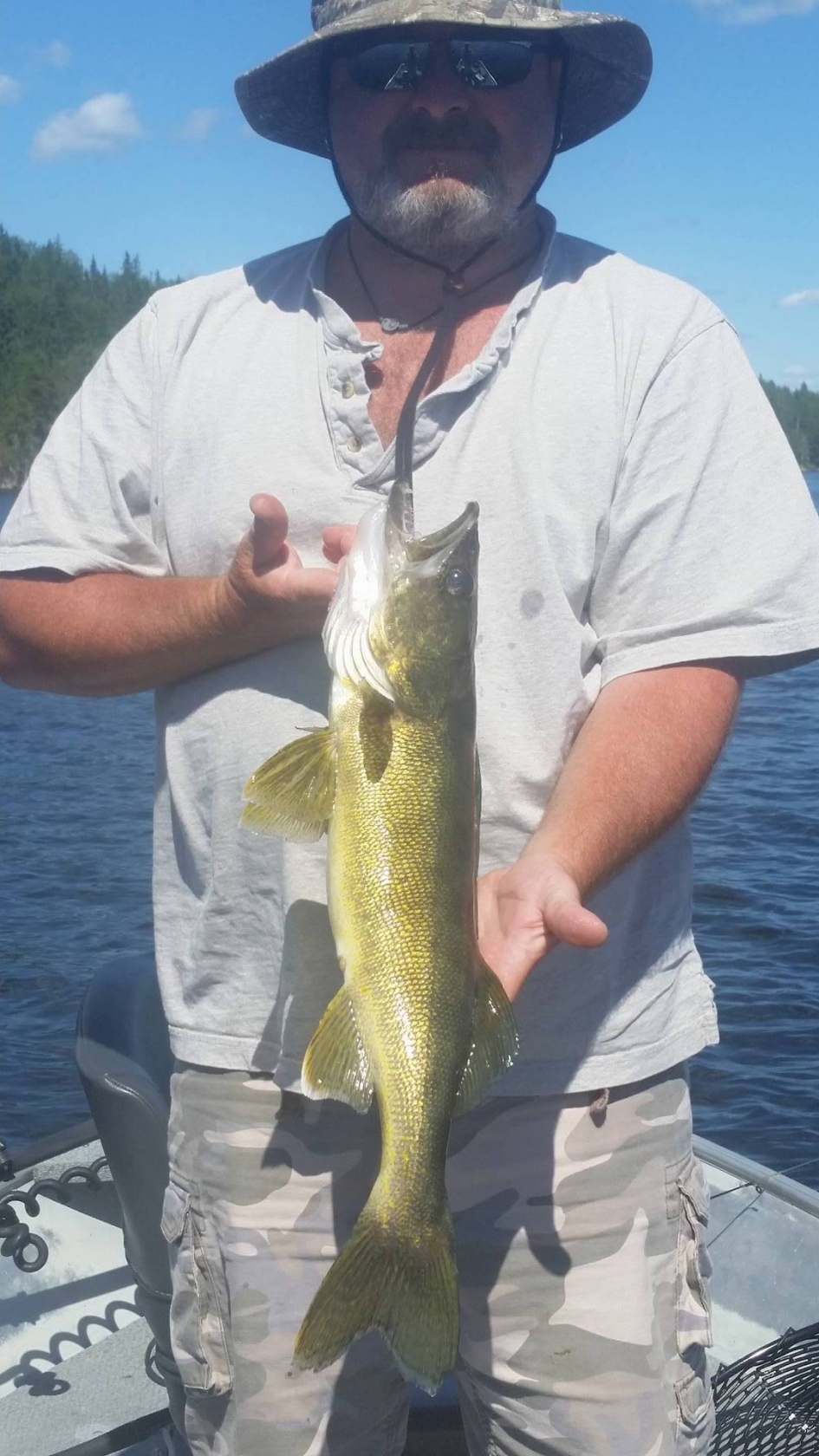 The Walleye fishing picked right up in the Indian Chain. They are now gathered up on the Rockie points. There was also lots of musky action this week. The lake trout action was fantastic on the Chain and surrounding drive to lakes. Folks were catching Trout on Augite right off the landing!

This group caught a couple thousand Walleyes using white and chartreuse jigs with twisters and minnows. They were in 12 feet of water and they mostly fished areas of moving water. Their biggest Walleye was 25-inches. They caught a few hundred Northerns while fishing for Walleyes and the biggest was 37-inches. They had a great time and said the fishing was excellent!

This group caught 1,400 Walleye on McVicar and Lang Lake. The biggest was 24.5 inches. They fished with jigs and minnows, crawlers, and some plastic. The Walleye were deep; about 25-30 feet on the reefs. They caught about 400 Northern and the biggest was 39 inches. The best Northern lure was a green Cyclops. The Northern were in about 5 feet of water and in the weedbeds.

This group caught 770 Walleyes and 70 Northerns at Kam. They said they could have caught more, but they did not fish all day or get out early in the mornings. Their biggest Walleye was 23-inches and their biggest Northern was 36.5 inches. The best bait for Walleye was a chartreuse jig and a minnow and the best lures for Northern were buzz baits, daredevil spoons, and crank baits. The fish were in 10-15 feet of water along the shorelines and reefs. The best time for Walleye fishing was in the evening and for Northern was morning and mid-day.

This group experienced some slower fishing than normal on Wright Lake. They caught a few hundred Walleyes and a couple hundred Northern during their stay. They fished with live minnows for Walleye and spoons for Northern. The biggest Walleye was 23 inches and the biggest Northern was 36 inches. The Walleye were in 10-25 feet and the Northern were in 3-6 feet. They saw a young moose on the sand bar on the North side of the lake.

These two caught LOTS of Walleye and LOTS of Northern. Their biggest Walleye was 28 inches and their biggest Northern was 35 inches (caught off the dock!) For Walleye they used ¼ oz. jigs (blue and white) with gulps and minnows. For Northern they used black and silver spinners. The Walleye were all over the lake in 5-10 feet and the Northern were along the shorelines. It sounds like the dock fishing was great! 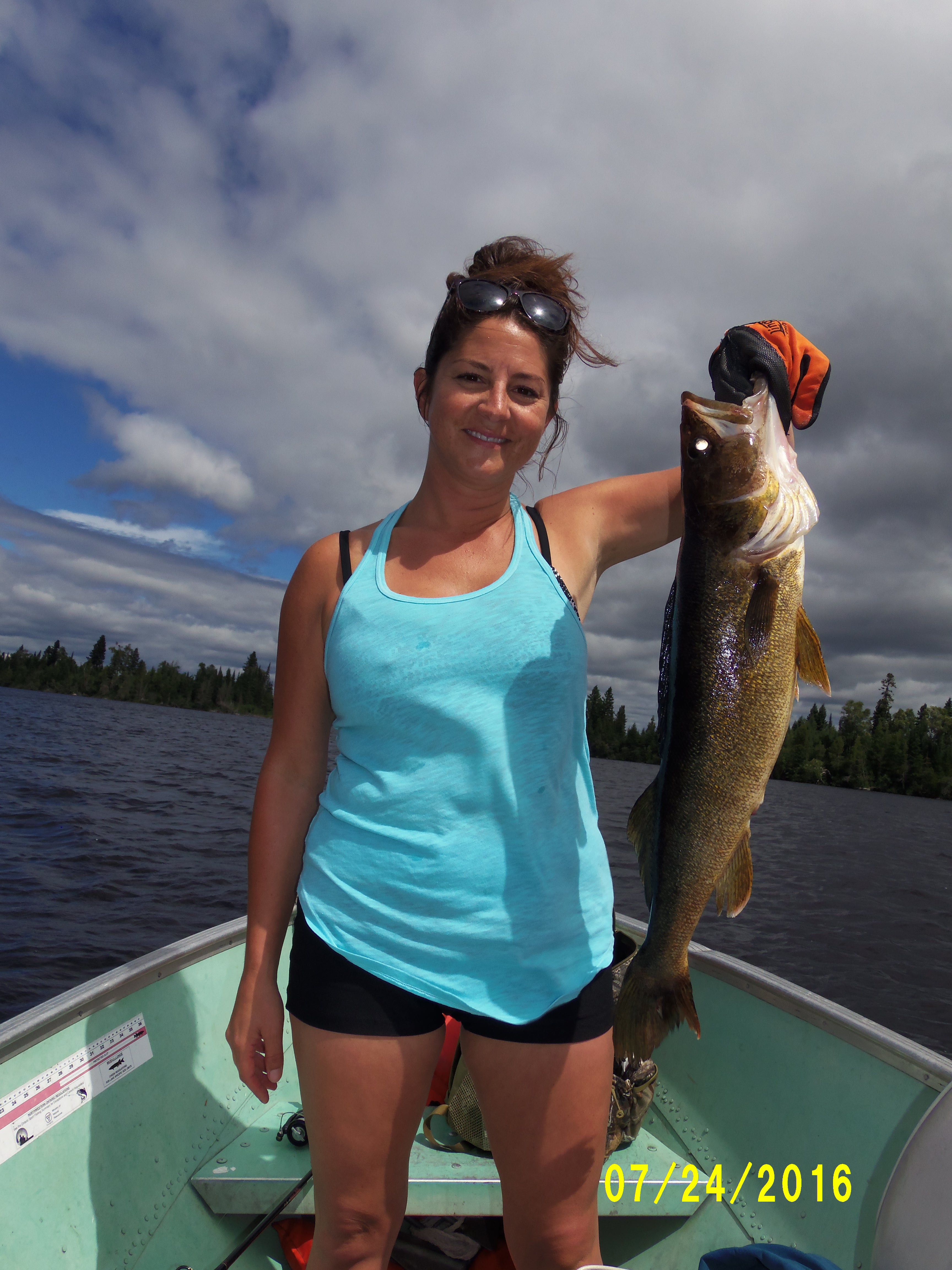 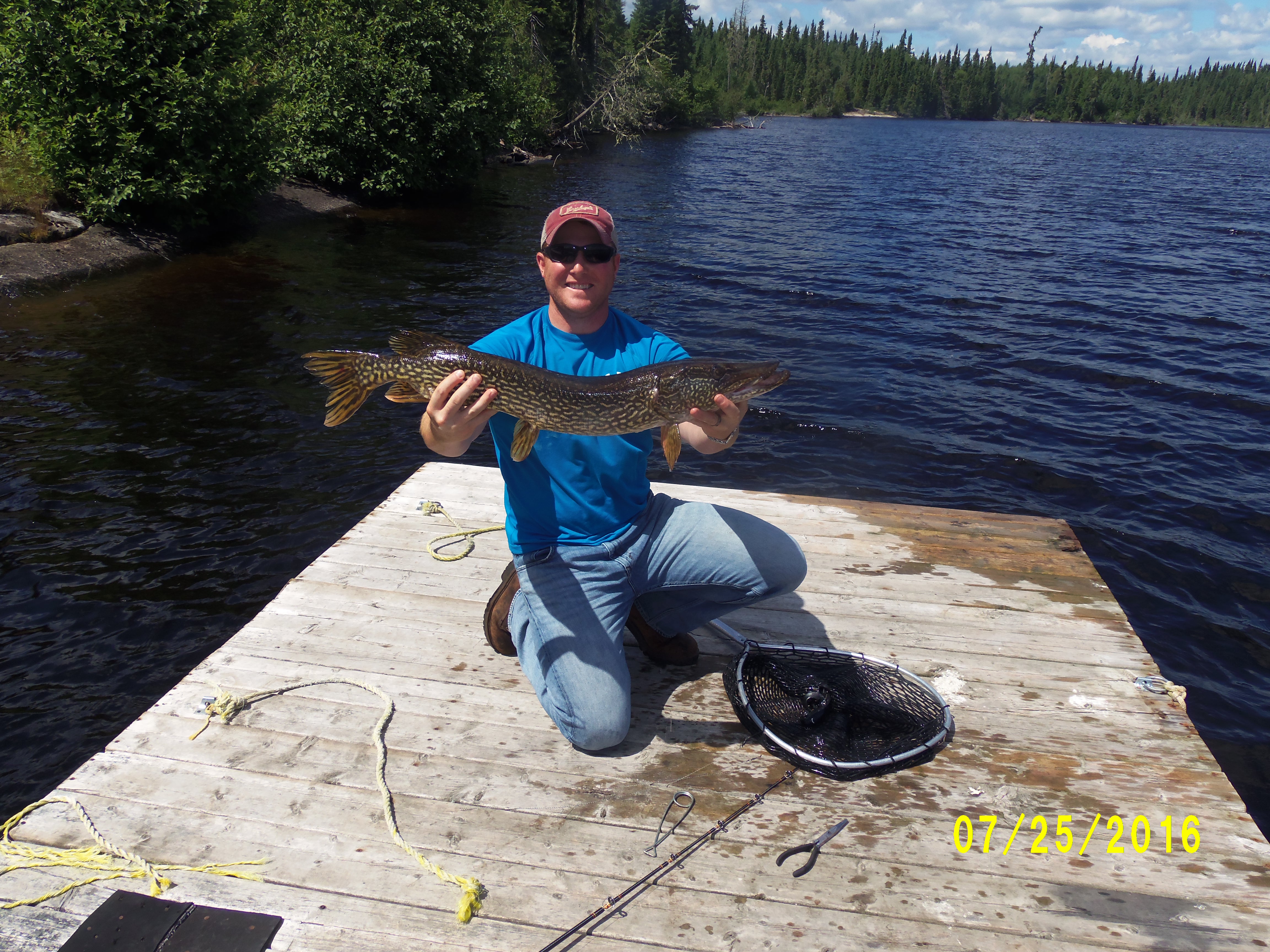 Using the no-fail jig & minnow set up, this group caught over 1,000 Walleye on Bertrand Lake. They also used slip bobbers with minnows to change it up. Their biggest Walleye was 21 inches. They found them on reefs, in the weeds, anywhere from 4-18 feet deep. The best time for Walleye fishing was between 3:00 p.m. and 9:00 p.m. They caught over 100 Northerns on the reefs and in the weeds in 4-20 feet of water. The best lure was a Johnson Silver Minnow and the best time of day was from noon to 6:00 p.m. Their biggest Northern was 41 inches. They said the rock reef in front of the cabin was unbelievable fishing and the dock fishing was great. They also caught 35 Jumbo Perch over 11-inches! 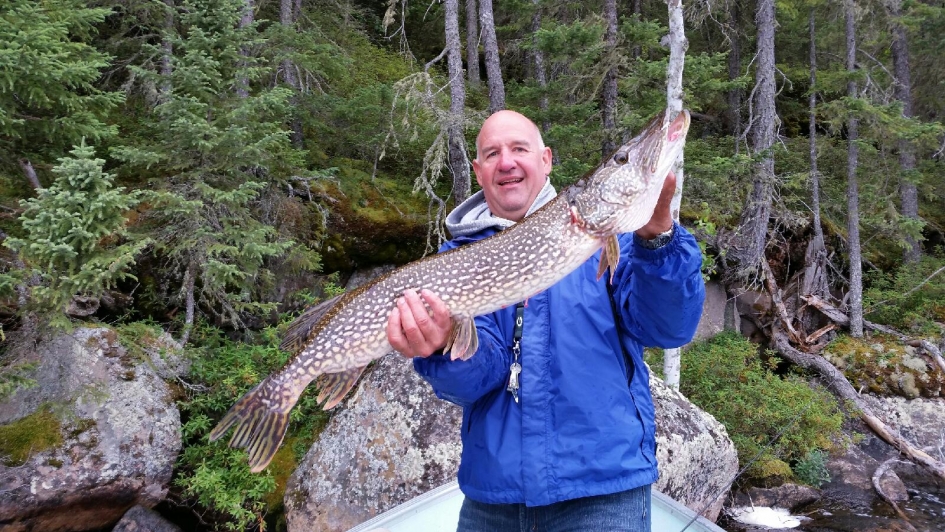 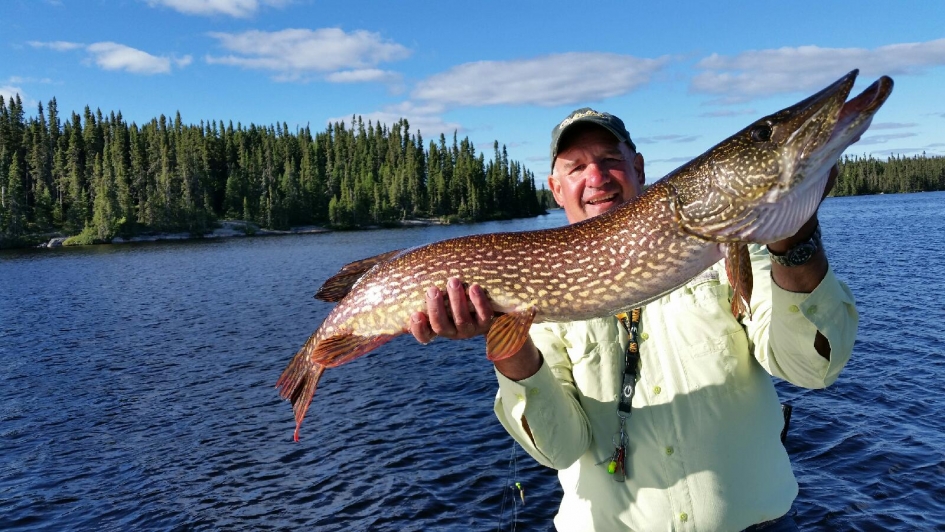 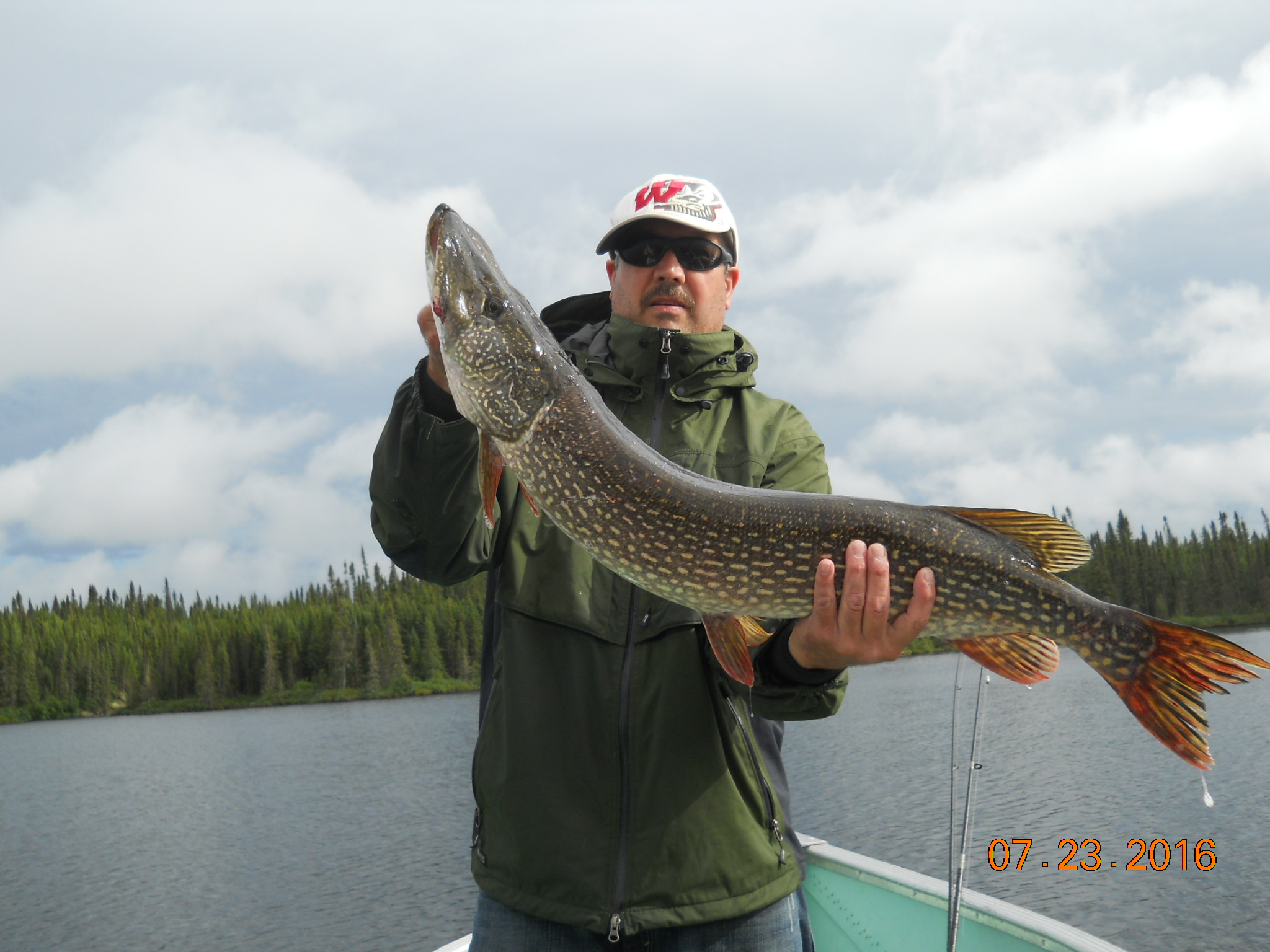 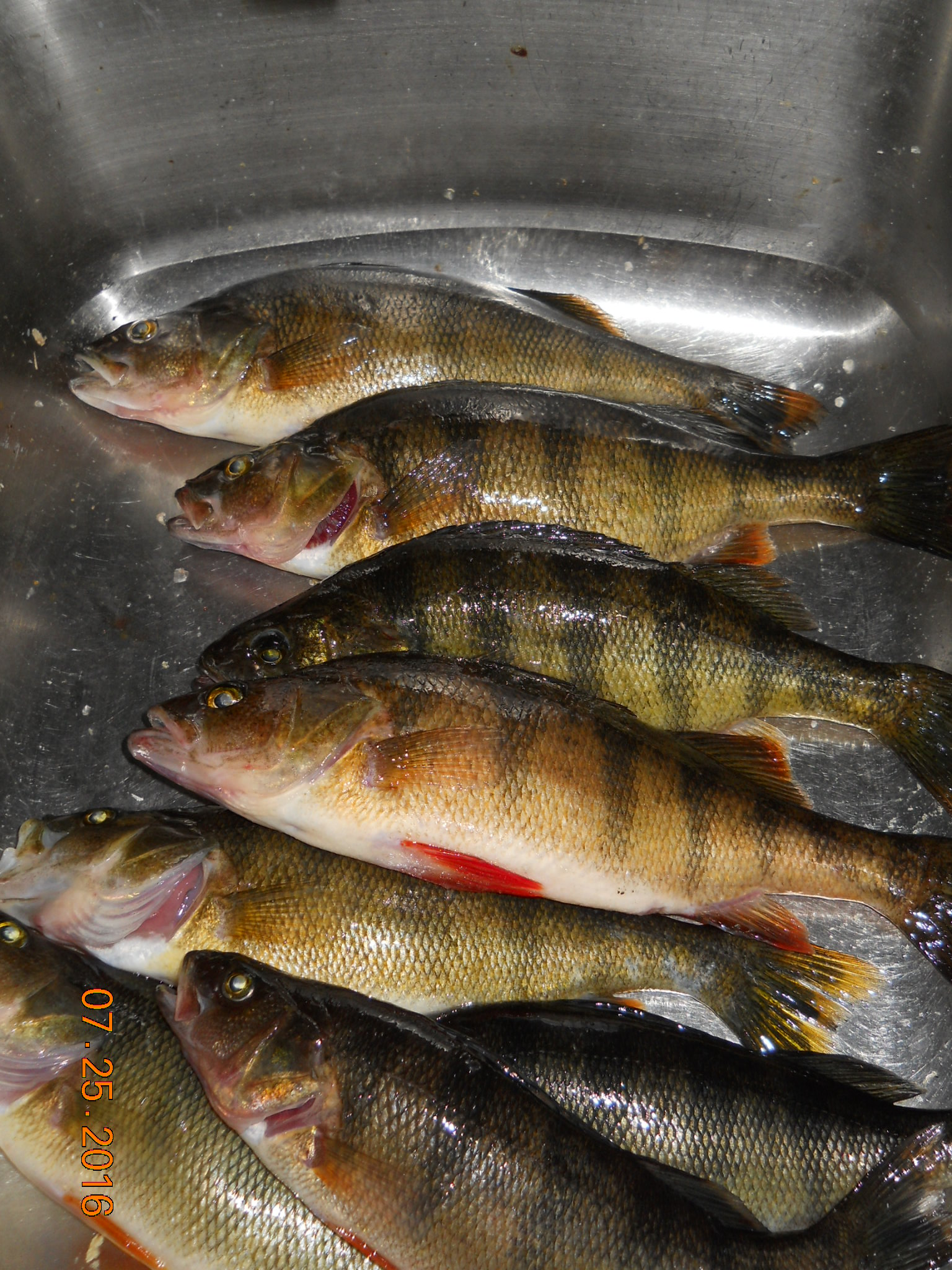 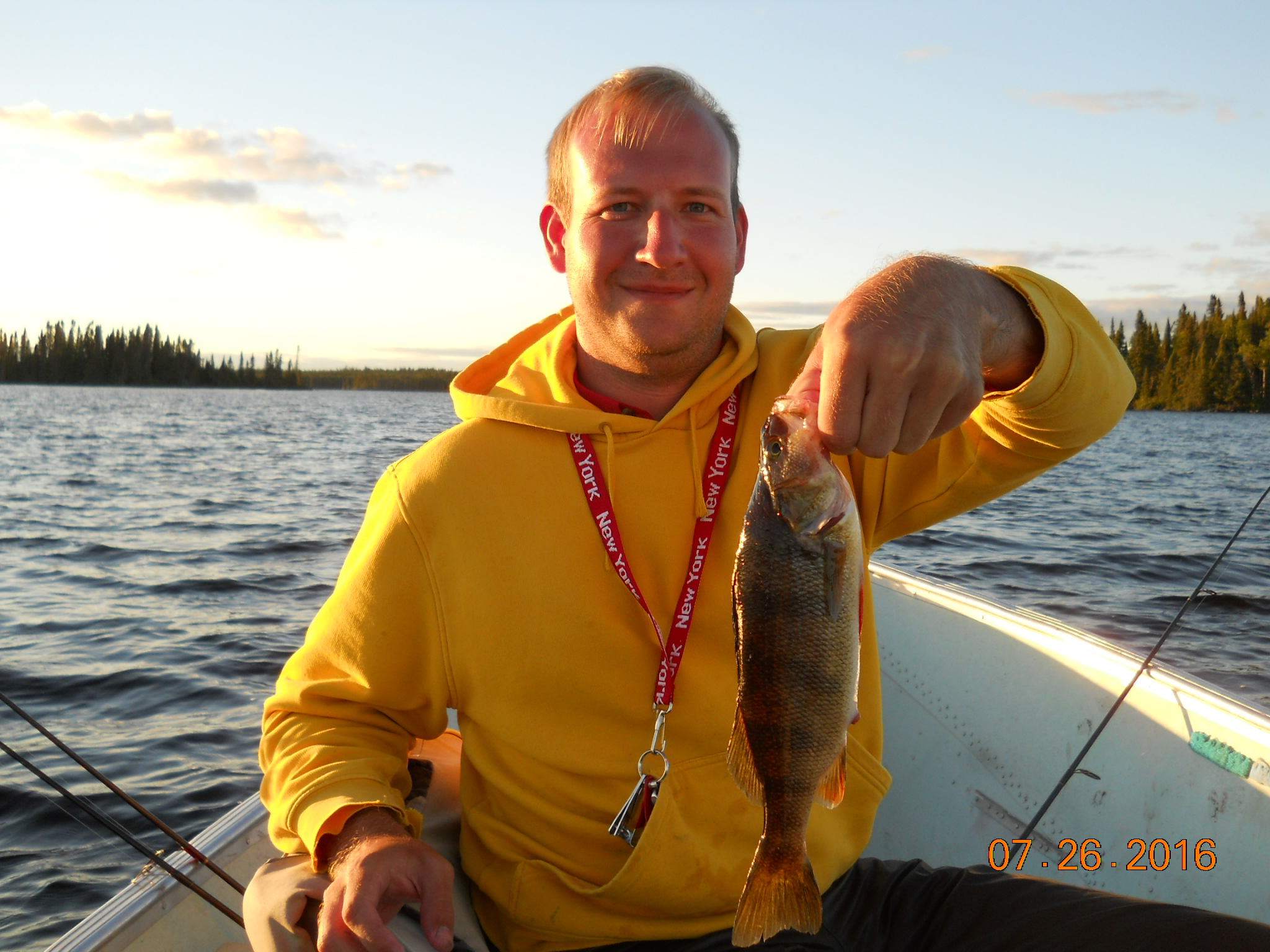 I was lucky enough to escape with my husband and our best friends to Pusher Lake! We were only there for two nights, but man, did we ever catch a lot of fish! As soon as we arrived we started slaying them off the dock. At one point, Anna hooked a minnow onto her jig and flung it over the edge of the dock so that we wouldn't step on it and a Northern jumped up to the surface and grabbed it! We caught so many Walleye and Northern off the dock and also one of the biggest Perch I've ever seen. Our favourite fishing spot was the sand bar out in front of the cabin. Once we found that spot, we could not keep them off our lines. We caught a few over 20 inches, but every single one we caught was SO fat and healthy looking. What an incredible few days! We are all so thankful that we were able to do that! 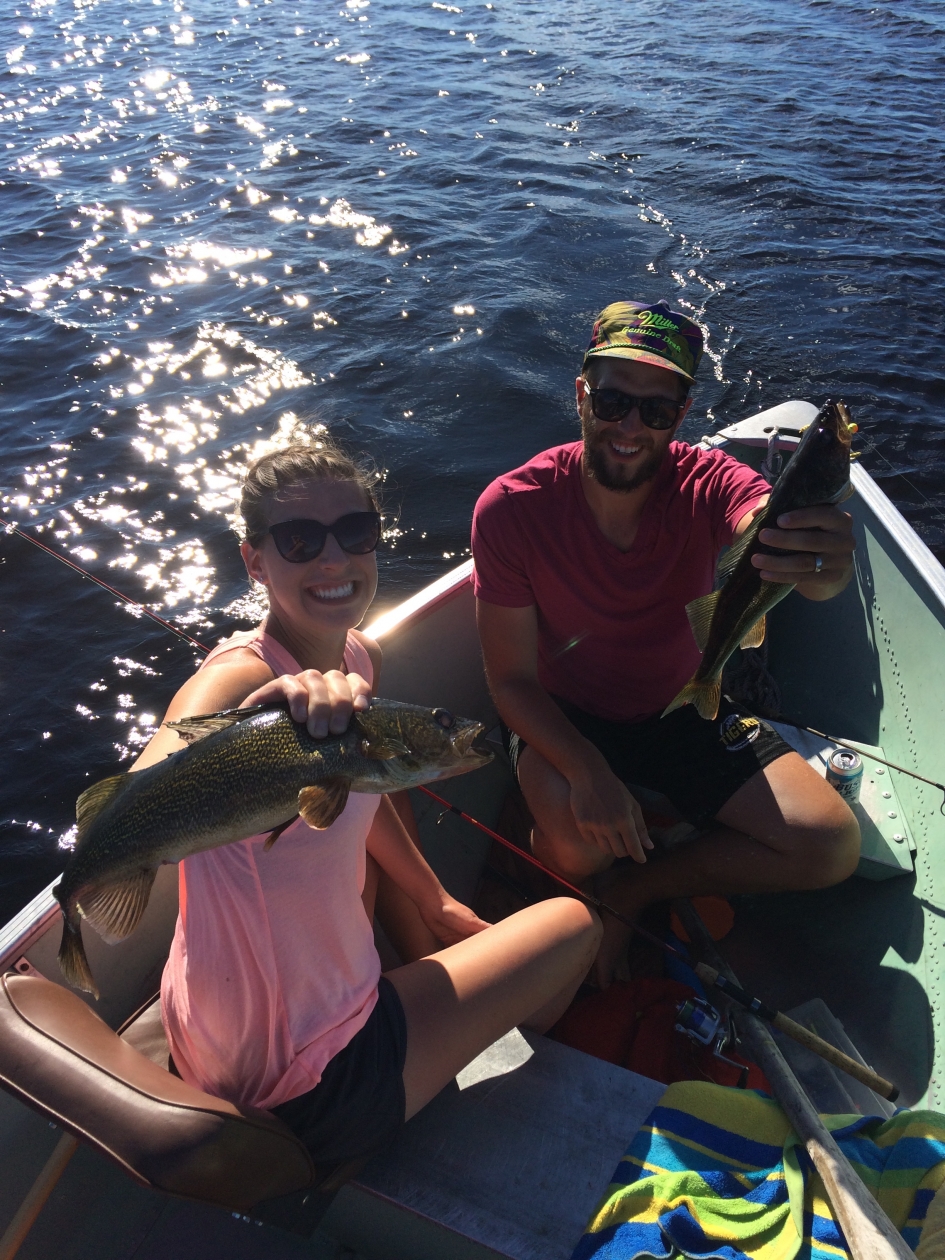 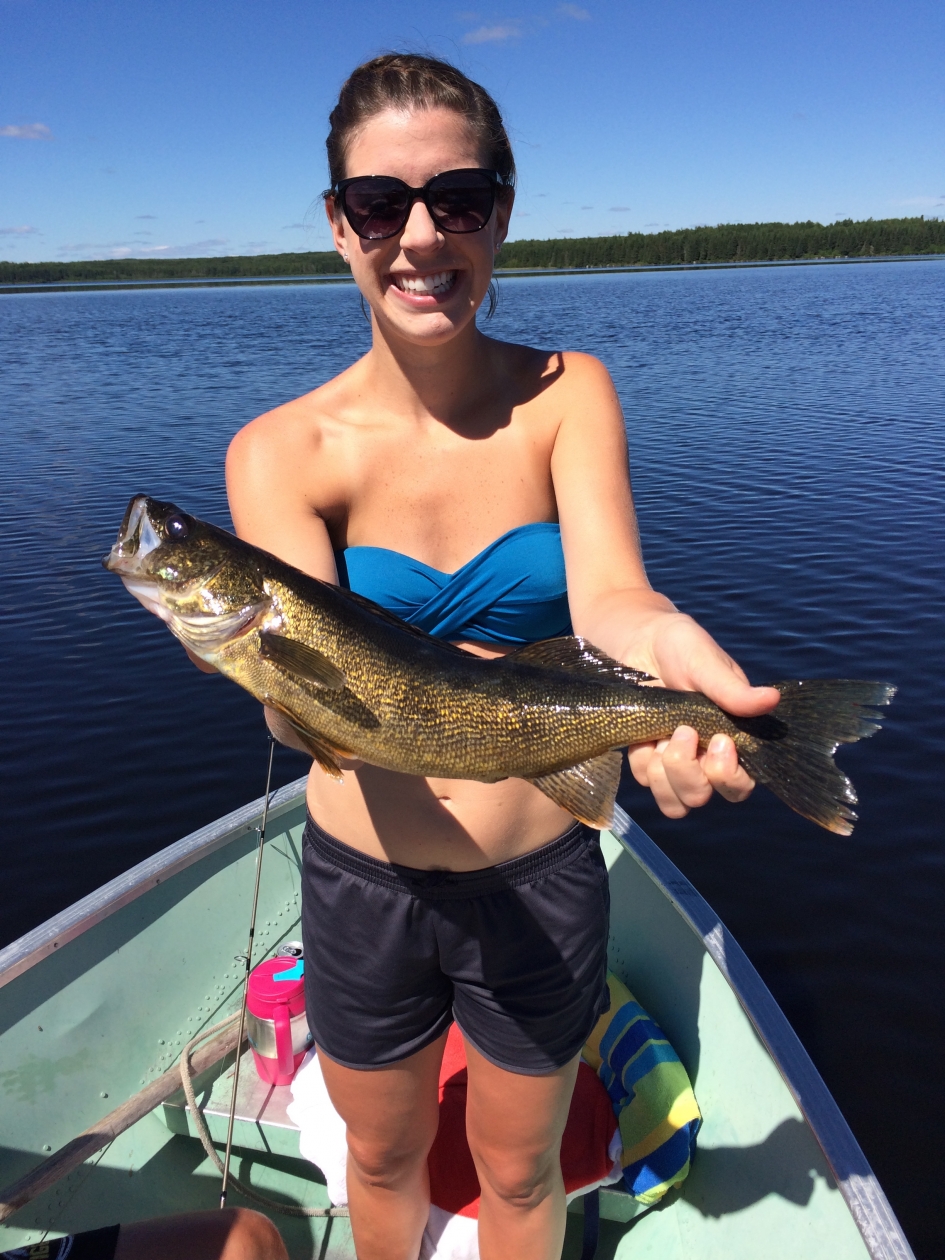