What a week for Perch and Bass fishing! There were lots of kids in camp this week and they all had a blast! The Walleye were tough to find as they’ve gone deep now… in some spots they are as deep as 30 feet. Some people found them in the pencil weeds as well. There were TONS of Musky sightings once again, but they were lazy lazy lazy!! With this shift in weather from hot temperatures to cool, hopefully they will get a little more active.

Another awesome week of Muskie fishing. They are still hanging out in all the good Walleye holes! Had a young boy here on his first Muskie trip and he landed two respectable ones and went back to Wisconsin very proud! The Northern Pike were active as well... why don't people eat more of these delicious fish? The Walleye are still a bit sluggish, but plenty still caught. We actually had some big ones caught on Muskie lures! 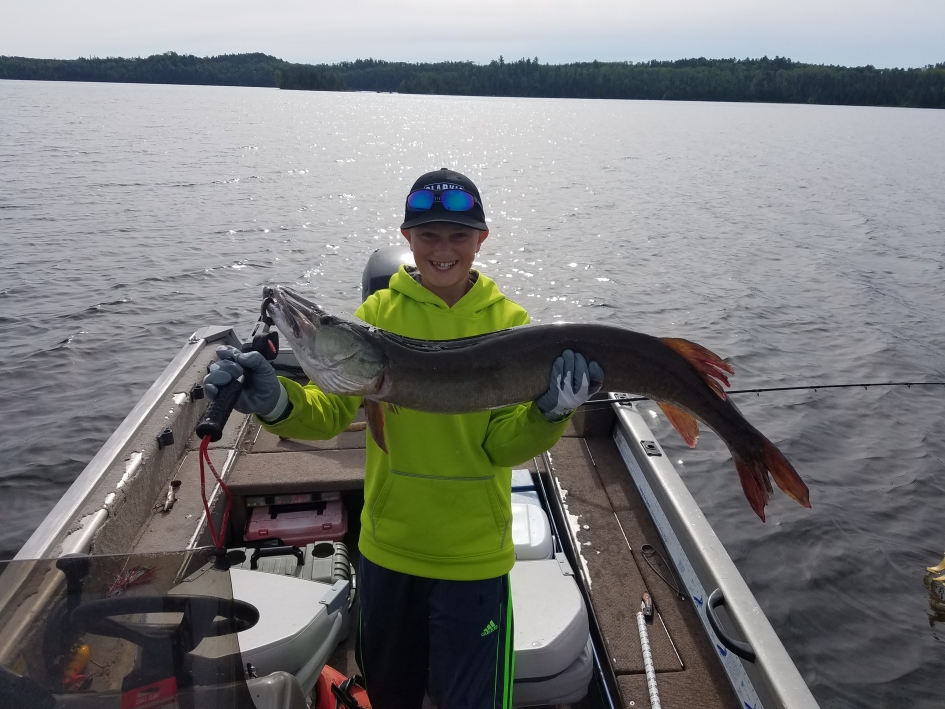 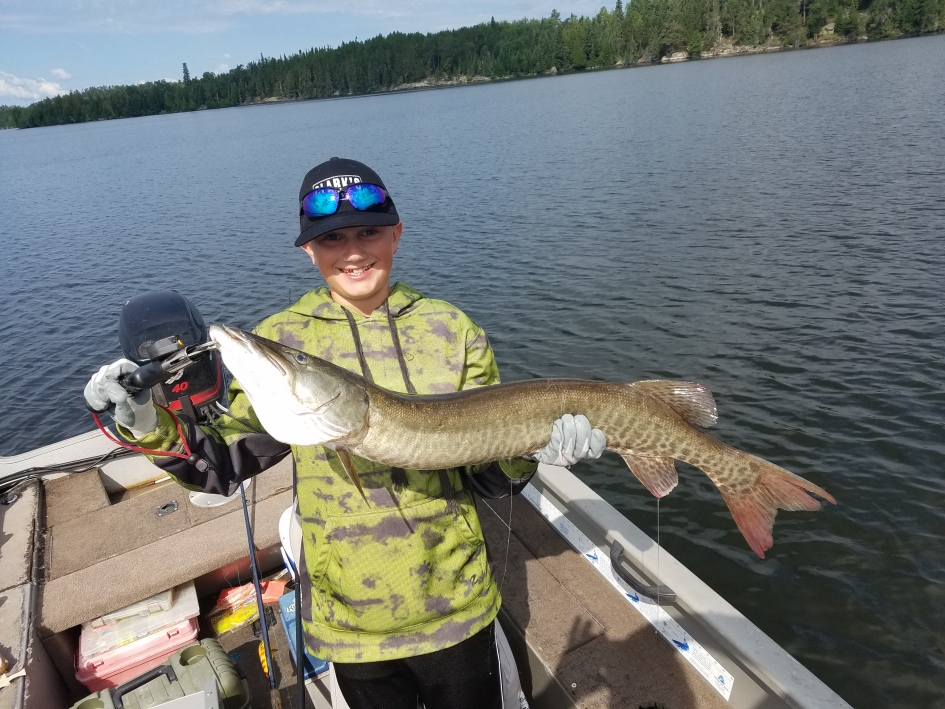 In the short time they were there, these guys caught about 400 Walleye and 50 Northern. They had lots of Walleye in the 18-20-inch range and the biggest Northern was just shy of 30 inches. They fished Walleye with a jig and a minnow and the best spots were along shorelines, weedbeds, and humps. They were around 10 feet deep, but varied from day to day. For Northern they threw spoons along the shorelines. The Northern were in 6-9 feet of water. The first two days were especially hot (weather wise and fishing).

This group of 4 caught 2,100 Walleye during their stay at Fawcett!! And then had about 20 Northern hit their Walleye while reeling them in. They did not target Northern, only caught them by accident. Best bait for Walleye were ¼ oz jigs and minnows. Their biggest Walleye was 26 inches! The best spots were reefs and points in 9-12 feet of water. The fish were biting all day long! They caught a few perch, rock bass, and even some saugers.

These guys estimated they caught about 1,080 Walleye but said it was probably more than that! The biggest Walleye was 24 inches. They caught some on Rapalas, but most on jigs and minnows. The best spots were reefs and shorelines in 8 feet of water. The fishing was best from 10:00 a.m. until 7:00 p.m. They caught about 180 Northern and the biggest was 36 inches. The casted spoons and fished the bays and weedbeds in 4-6 feet of water. The best time of day for Northern was in the evenings.

This trio caught about 500 Walleye and 90 Northern. The biggest Walleye was 21.5 inches and the biggest Northern was 38 inches. The best for Walleye were either jigs and minnows or shad raps. The best for Northern was the 5 of diamonds lure. They found the Walleye on the reefs and on the points in 5-11 feet of water and the Northern were shallow in the weeds and rocks. They caught 7 Pike over 30 inches and 5 Walleye over 20 inches. They had a great trip! 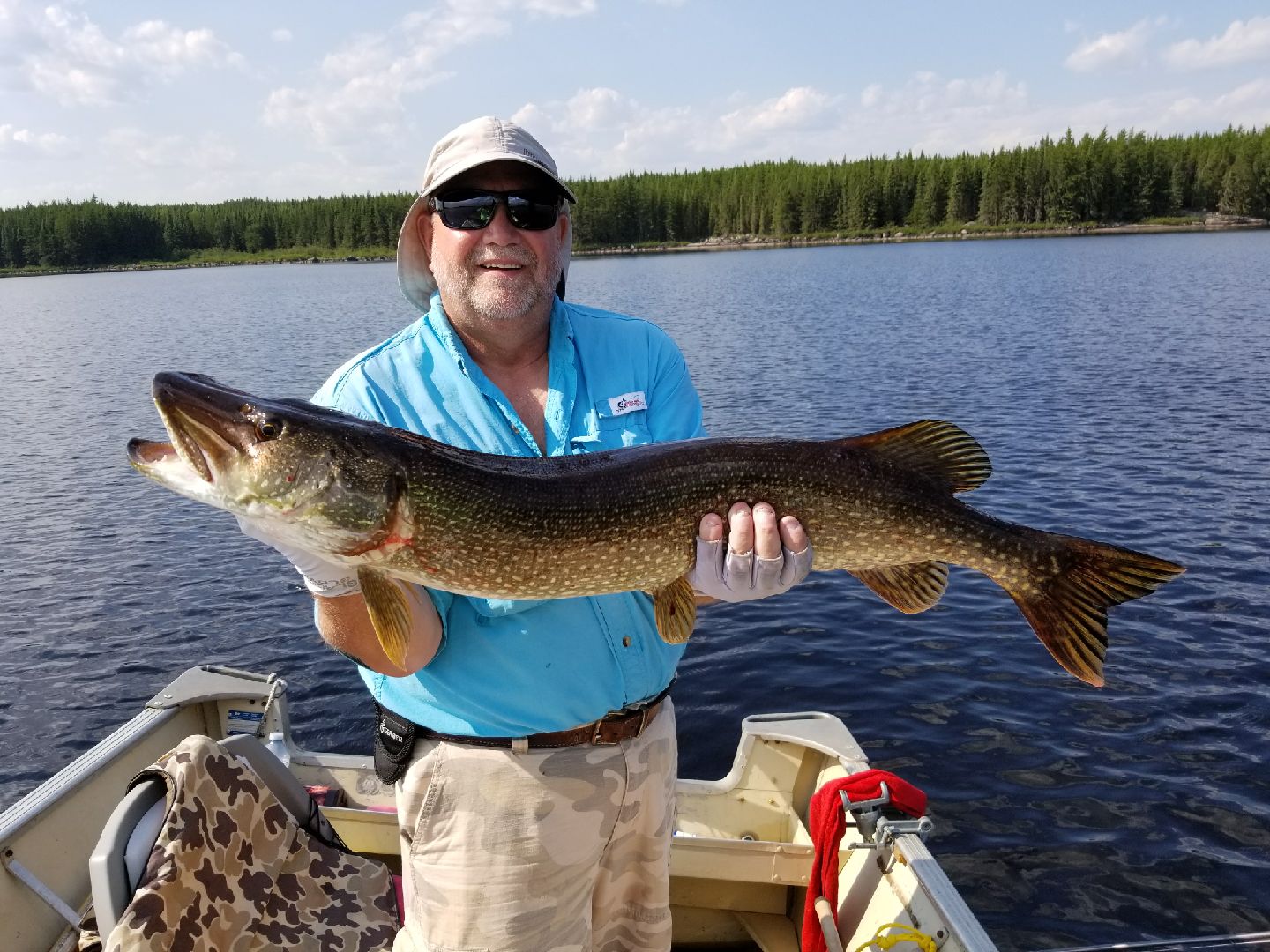 This group was new to Kapikik and they caught 1,562 Walleye and over 200 Northern. They reeled in some NICE fish including a 28-inch Walleye and a 39-inch Northern! The Walleye bit on most anything including jigs, spoons, worms, minnows, etc. The Walleye were anywhere from 2-15 feet deep and the best times for action were dawn and dusk. The Northern were hitting on spoons in 2-10 feet anywhere there were weedbeds or rocks. The best time of day for Northern was at dusk.

These 6 guys caught at least 200 Walleye per day! They had three over 25 inches and the biggest was 26 inches. They didn't fish for Norther, but did catch one that was 36 inches. They said the fishing was consistent every single day and they loved the lake!!