By the sounds of it, Crappie and Muskie were the most active fish for the better half of this week. After speaking to one group, it sounds like this has been a fantastic Muskie week. They boated 23 Muskie; 8 of which were over 40 inches and 5 were over 45 inches. They ended the week with a beautiful 49 inch Muskie! The Crappie seemed to turn back on and within the last couple days of the week the Walleye FINALLY started to come around. It sounds like the Walleye fishing is right where it should be this time of year – hoping it stays this way now for the rest season!

This group had a great time at Fawcett, but noted that the fishing was a little slower than previous years. They caught fish in 10-20 feet of water while jigging on humps and shoreline structure, but were never able to find a consistent pattern. The weather changes that occurred during the week seemed to trigger the biggest bite. They saw the northern lights one night, which was awesome and enjoyed the service provided by the Clark’s!

This group was new to Dobie and had a fantastic week. They caught about 50 Walleye per person per day. The biggest was 24 inches and the best bait was a crawler harness with a minnow. The best fishing spots were along the shorelines in 6-12 feet of water. They caught about 430 Northerns while fishing for Walleye. The islands in front of the cabin were good spots and most of the spots marked on the map at the cabin were good. They said that on a couple of spots you could catch fish on every pass all day long.

1,158 Walleye were caught on Kapikik this week! The biggest was 21 inches. The best spots were the S-curve, the rapids, or the weeds in Jackpine. Their bait of choice was a jig and a minnow or a spinner bait. They caught about 389 Northern and the biggest was 36 inches. They used spinner baits for Northerns as well and caught them in the shallows along shorelines and weedbeds. They missed quite a few very large Pike that had bit on the Walleyes they were reeling in. They saw a black bear and a family of otters and the caribou came by the visit at the cabin.

This was a first time Walleye fishing for this group and they said the fishing was good and they had a great trip. They Walleye fished with minnows and small spinners. Their biggest Walleye was 24 inches. They found Walleye around weedbeds in 10-20 feet of water. They caught lots of Northern using spoons, spinners, and road runners in 3-6 feet of water. The biggest Northern was 36 inches. They visited area lakes and saw two caribou crossing Kaminiskag.

Over 1,700 Walleye were caught this week between 4 people! The biggest Walleye was 22 inches. The best bait for Walleye were Little Joes with minnows (blue & silver). They found Walleye along shorelines, reefs, and humps in 10-14 feet of water. They caught a few Northern while Walleye fishing and also threw some Rapalas (green & silver) for Northern. The biggest one caught was 40 inches. They saw a caribou as well. They noted that there were hardly any weeds this year compared to last, which made the Northern fishing tougher.

It was also a fantastic week at McVicar Lake! Despite the ever changing weather, the fishing appeared to still be great! Here are some pictures that the group shared with me: 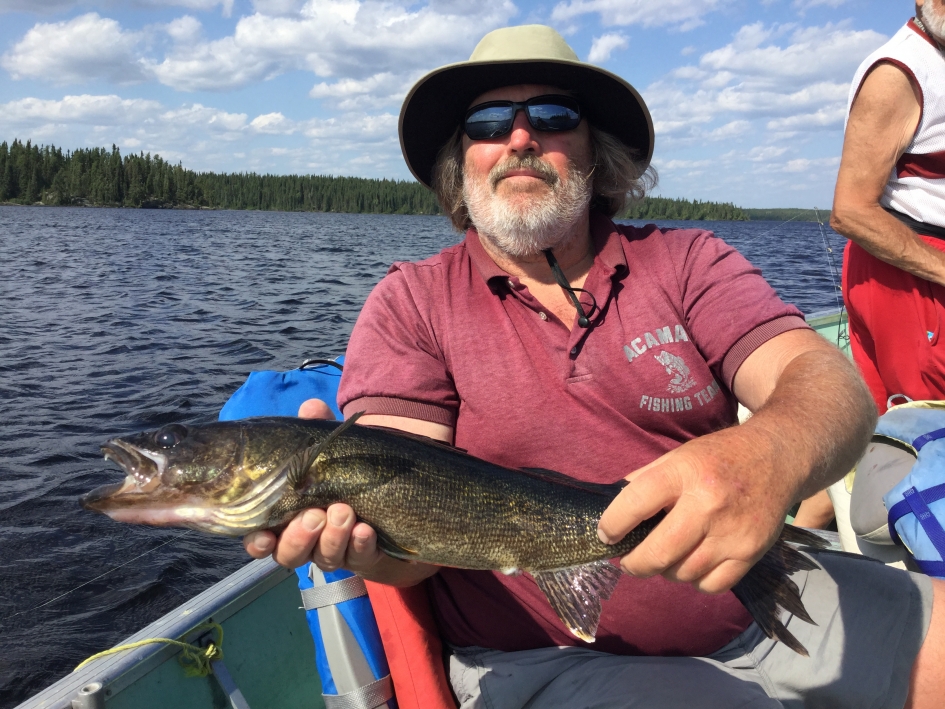 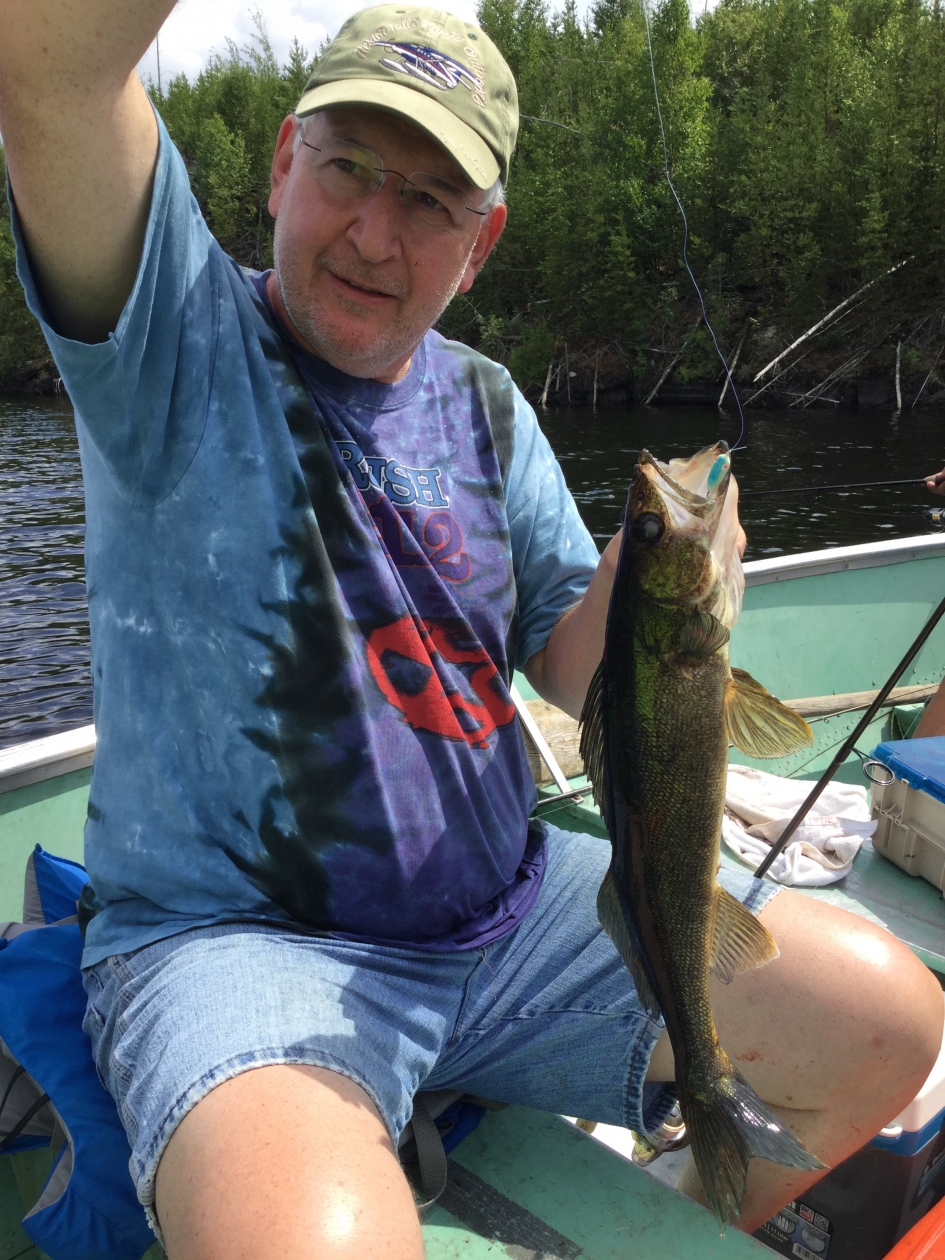 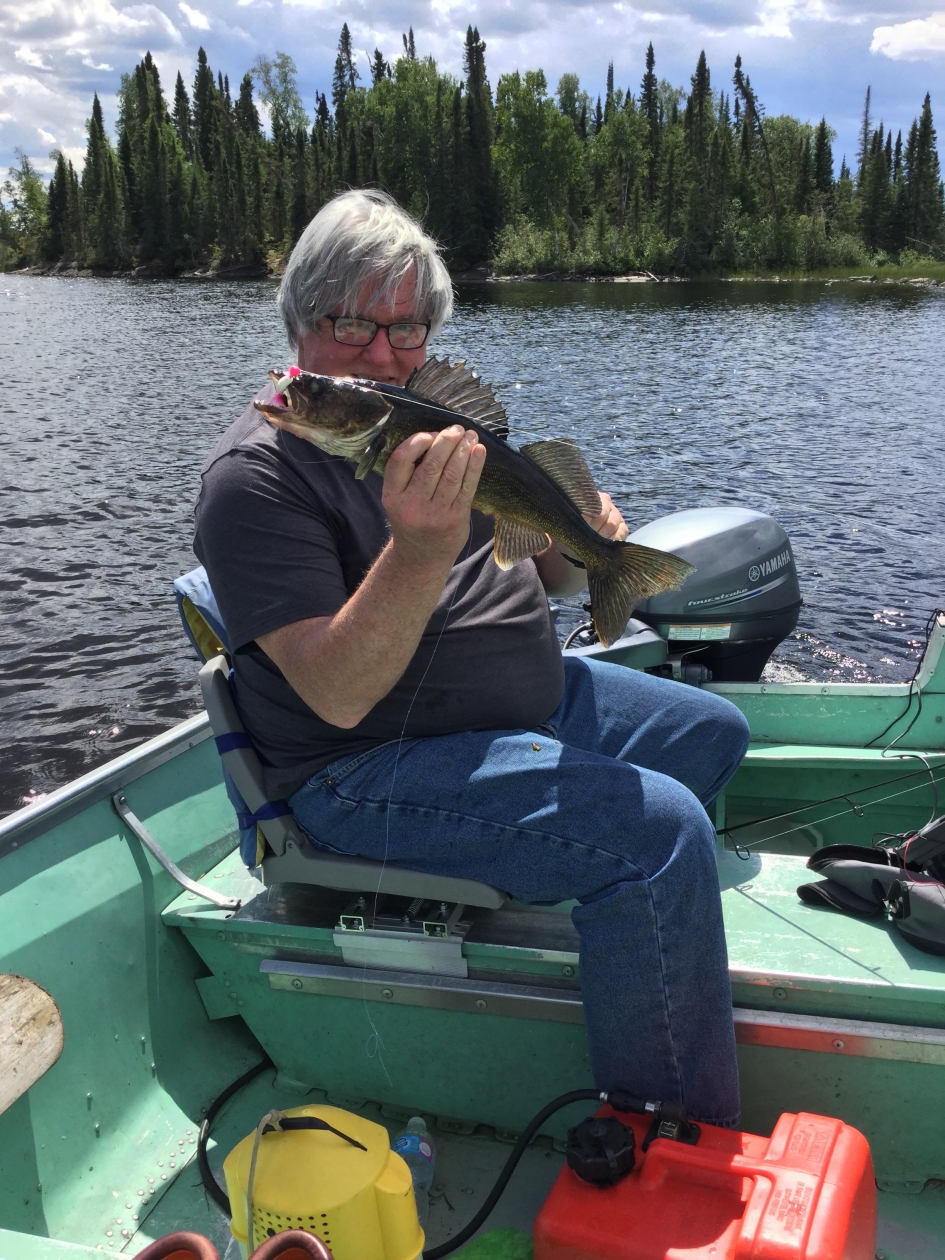 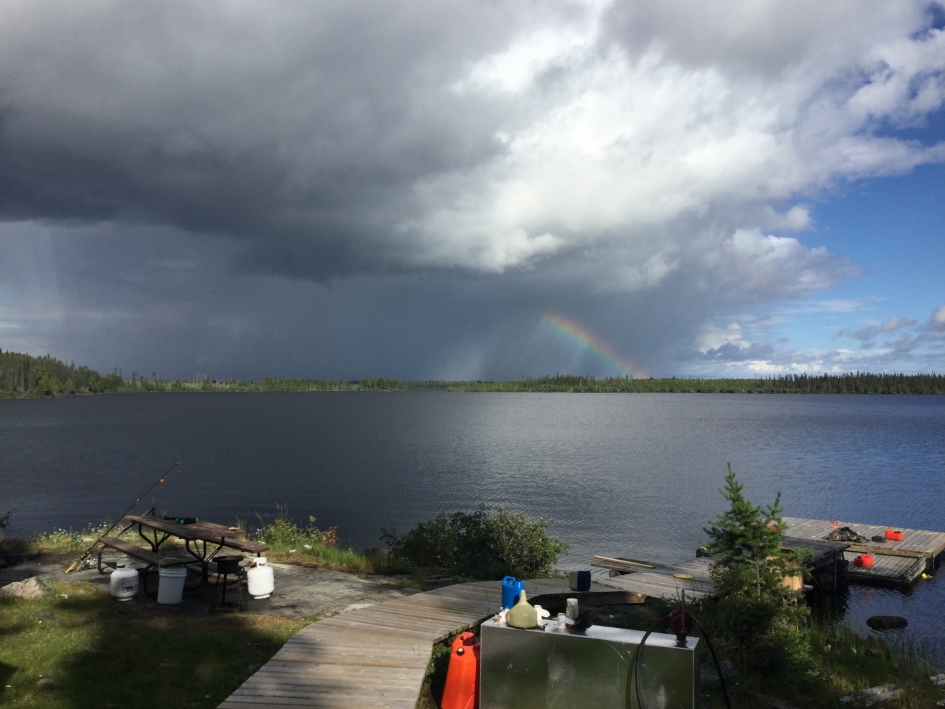