The fishing was off and on this week. Sunday was really good, but then Monday through Wednesday was pretty slow. The best day was Thursday and Friday was really good as well. Everyone caught plenty of Walleye to eat. The Bass fishing was tougher as they were not on their beds, but deeper in the lake. The Crappie seemed to have shut off for now. People are saying they are starting to see signs of the May Flies, but nothing too crazy just yet.

This past week, the Walleye and Lake Trout had stomachs full of may flies, but yet they were still biting! The evening bite was always best, but they were still plentiful during they day. They are starting to move to the reefs and rocky points. Crank baits and deep diving Rapalas should preform well on the drop offs in 15-17 feet of water. The Trout fishing on Augite was fantastic!

Walleye fishing was OUSTANDING on Una Lake this week!! The average size was 22-23” and they caught hundreds of these… they had a hard time finding enough under 18”! Their biggest Walleye was 30 inches!! They fished with Road Runners tipped with minnows, and also Lindy Rigs. They also had fantastic Northern fishing. They only caught about 50, but they were BIG! The biggest one they got in the boat was 44 inches, but they had a couple over 50 that didn’t make it into the boat. They did okay on the Bass Lake (Curie) with lots around 3lbs. They had a cow moose and her calf hang around them all week and also saw a bear! These two had a fantastic trip. 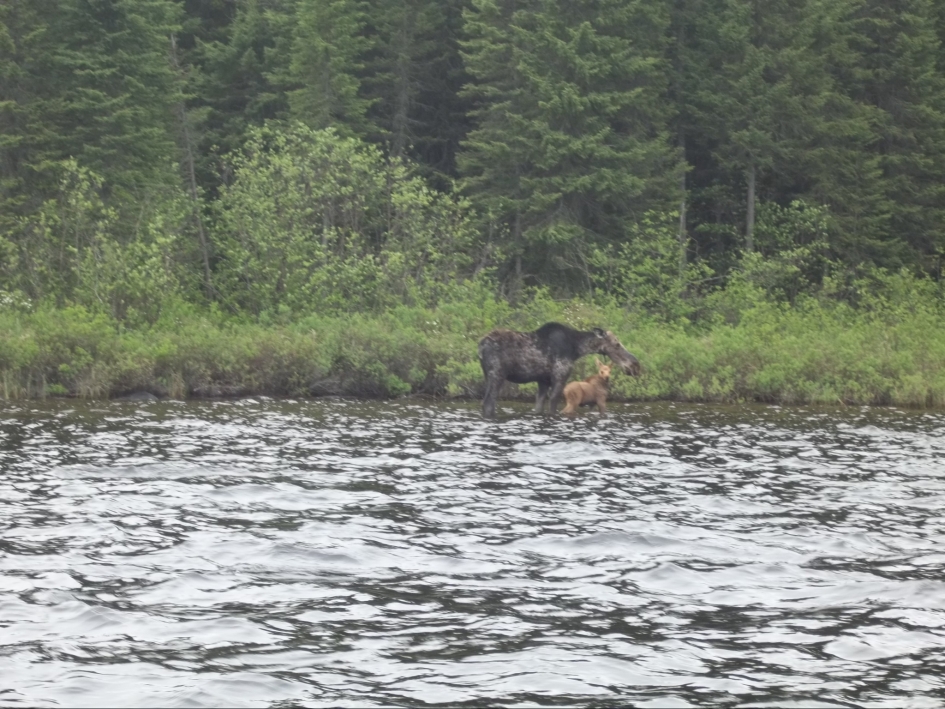 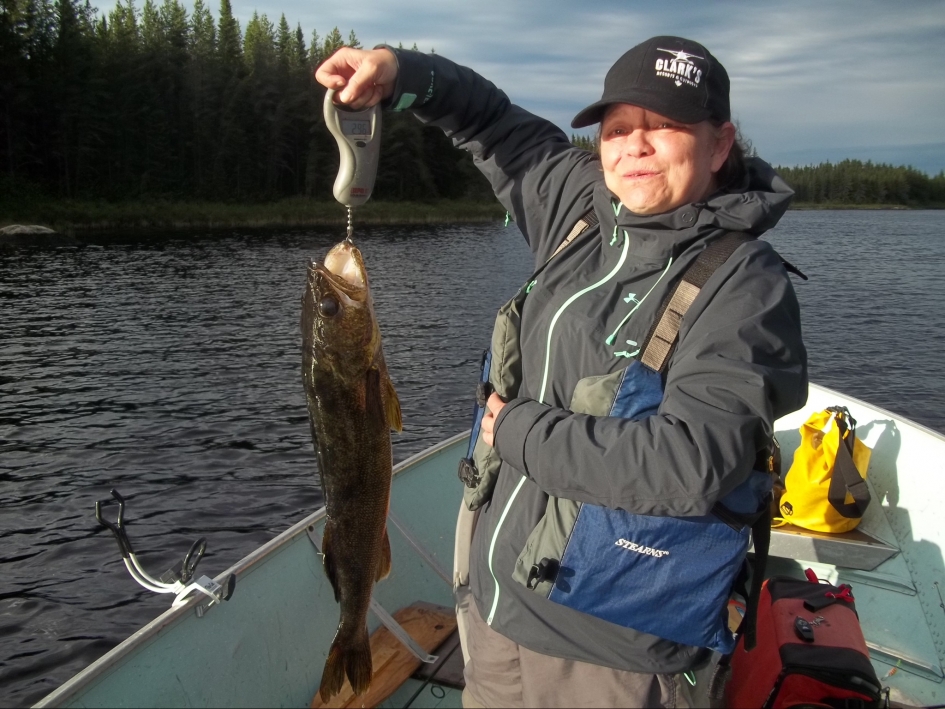 This group caught at least 2,500 Walleye with the biggest being 27 inches. They fished with jigs and plastic or minnows. The best spots were the shorelines and portages anywhere from 3-15 feet of water. The best time of day was the evening. They caught “too many” Northern as they were not targeting them. They caught them while Walleye fishing and the biggest was 35 inches.

It was their first trip to Canada and they caught as many fish as they could have wanted. The only struggle was the wind every day making it hard to control the boats and anchor. They still caught about 540 Walleye and 180 Northern. The biggest Walleye was 21 inches and the biggest Northern was 40 inches. They fished with jigs and minnows for Walleye and spoons and bucktails for Northern. The best fishing spots were along the shorelines and 3-8’ of water.

This family caught over 1,500 Walleye and over 200 Northern. For Walleye they used 1/8 jigs with minnows or twister tails and another good lure was the Hot n Tot Flicker Shad. The best places to fish were off the shorelines in 4-8’ of water. They were biting all day long. The Northern were biting on Walleye baits and also Husky Jerks and Bucktails. The biggest Walleye was 24.5 inches and the biggest Northern was 32 inches.

Despite the poor weather, this group still caught lots of Walleye and had a very enjoyable trip. The biggest Walleye was 24 inches and the biggest Northern was 36 inches. They used jigs with minnows and rubber tails. The Walleye were biting all over the lake in 6-8’ of water at any time of day. Shorelines and reefs were best.

This group had great fishing on Bertrand Lake. They caught over 2,000 Walleye including a 26” and a couple 25”. They also caught a 40” Pike and two 35”. For Walleye they used Lindy Rigs, Mr. Twisters, crank baits, and minnows. They said anything worked. Any point and any island was awesome fishing and the dock was outstanding.

This was their 11th trip to Fawcett and they said it was one of the best for consistent fishing. They had many Walleyes in the 20-23 inch range and the biggest was 27 inches. The Pike fishing was a little slower, but they still caught a fair number and a few 35 inchers. The weather wasn’t the greatest, but they still had a great trip! The fished with jigs and minnows for Walleye and swim baits and spoons for Northern. The Walleyes were along shorelines and drop-offs in 4-15 feet of water and the Northern were along shorelines and weedbeds. The best fishing was in the evenings. 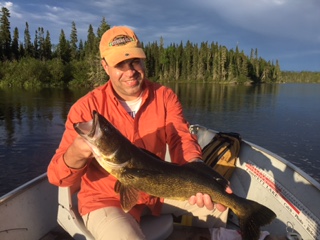 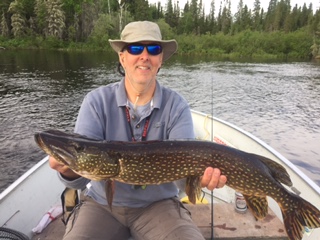 This father and son duo caught over 800 Walleye! The biggest was 24 inches. The best lures were chartreuse or pink jigs with minnows. Earlier in the week they found the Walleye in 4-6’ along the shorelines. During second half of the week they were down to 10-14’ of water. The Northern were biting on anything. They said it was like a feeding frenzy. The biggest Northern caught was 30 inches. They said it’s an excellent lake and they will be back!

This group counts every single fish they catch… they had a total of 5,235 Walleye, 35 Saugers, and 336 Northern! This was a group of 9 guys. Their biggest Walleye was 25 inches and their biggest Northern was 38 inches. For some it was their 10th trip to Kapikik. Although it was a tough week for weather (cold temps, high winds, lots of rain), they still managed to catch a lot of fish. They had to search for them everyday as they tended to move around. They had 9 Northern that hit Walleyes while they were being reeled in. They fished for Walleye using ¼ oz. jigs with twister tails, live minnows, crawlers, and even salted minnows. The best place to catch them were in the running water (8-12’). They were visited by the camp caribou regularly and saw a bear swimming! 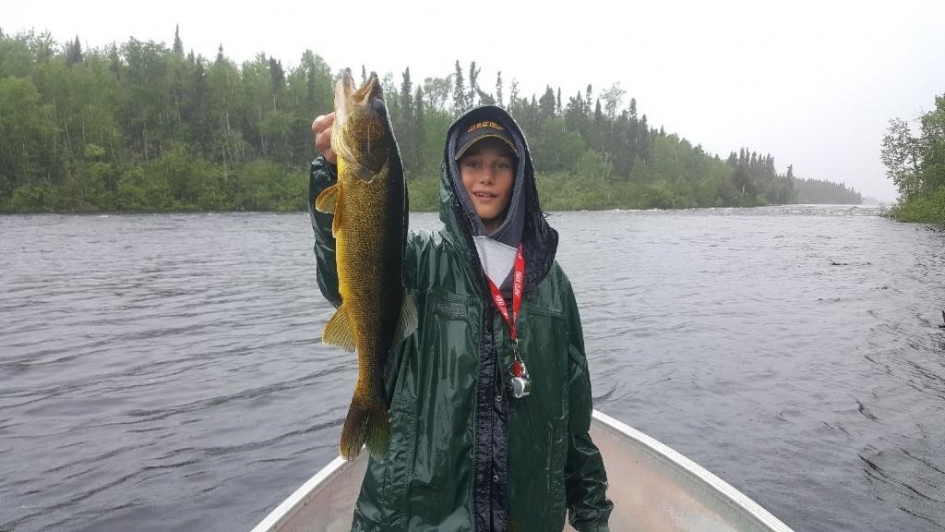 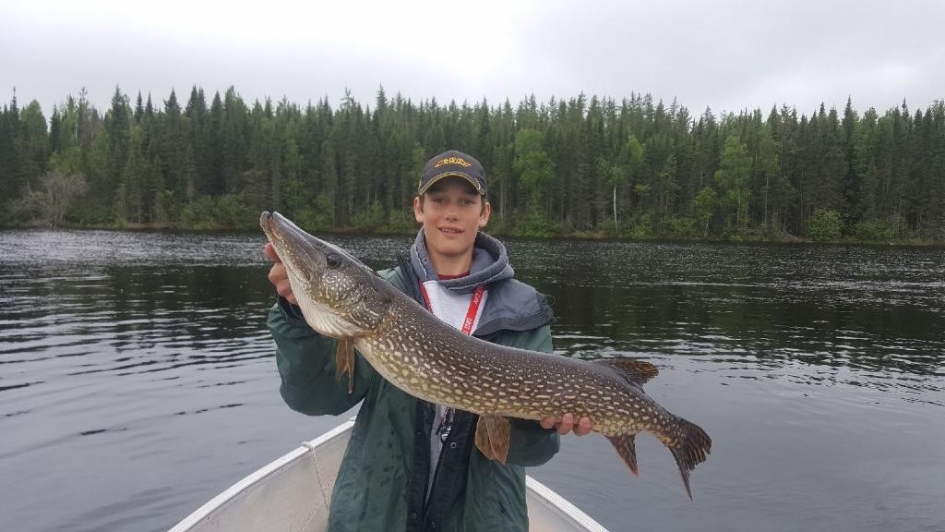 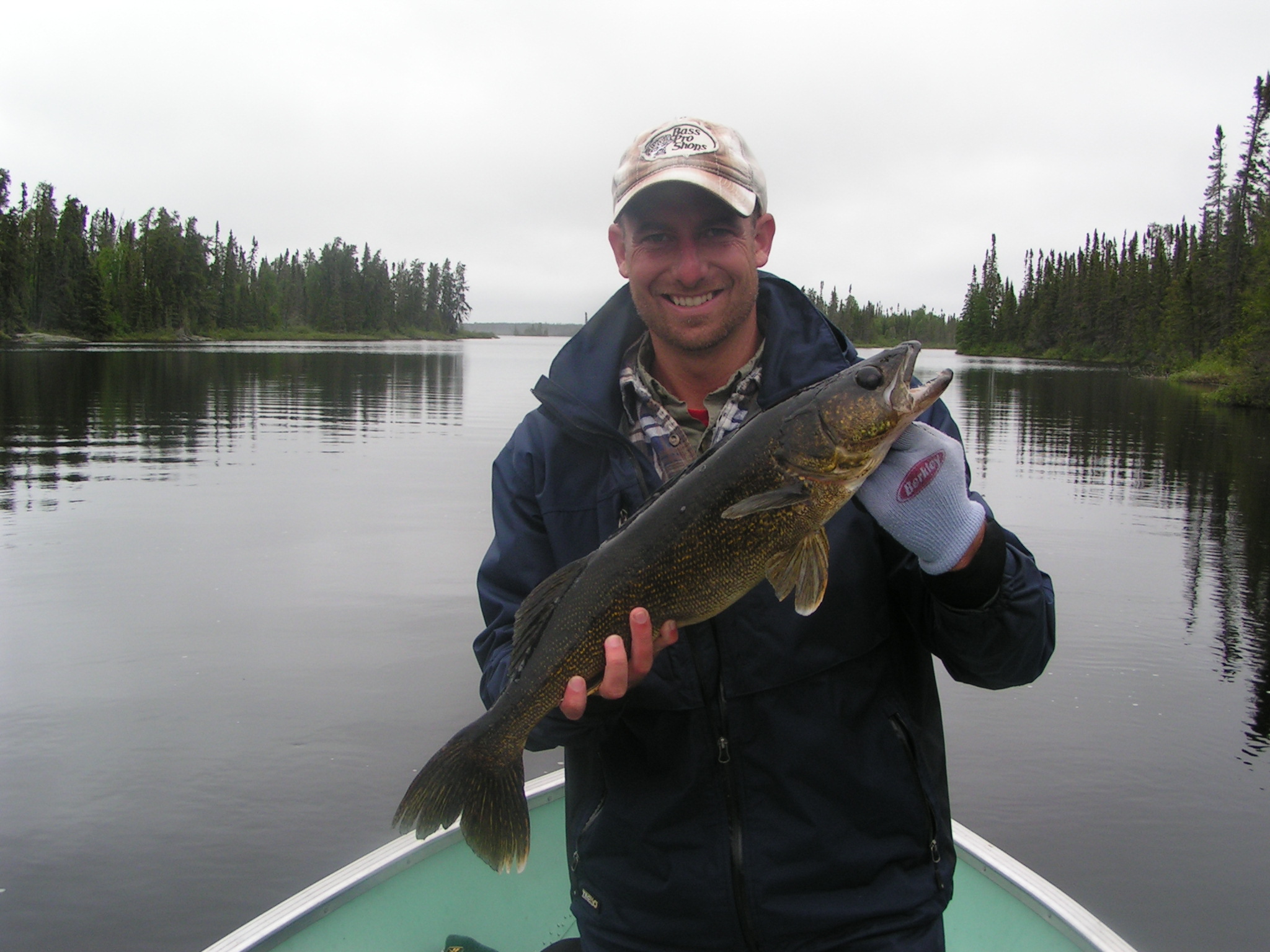 These guys caught about 1,200 Walleye and fished mostly with live minnows. The biggest Walleye was 22 inches. The best spots were inlets and outlets and any shoreline with rock. The Walleye were 8-10 feet deep. They caught about 210 Northern on deep divers and Rapalas. The biggest was 31 inches. They were in 6-8 feet of water along rocky shorelines and islands.