The Walleyes were still full of may flies, but that didn’t keep them from biting. There were two nice Muskies caught off the dock… one was a 39” and the other a 42” and both had a Walleye in their mouth! The Trout were slow and they are down real deep now. They should pick up this coming week as we have some really good Trout fishermen coming. 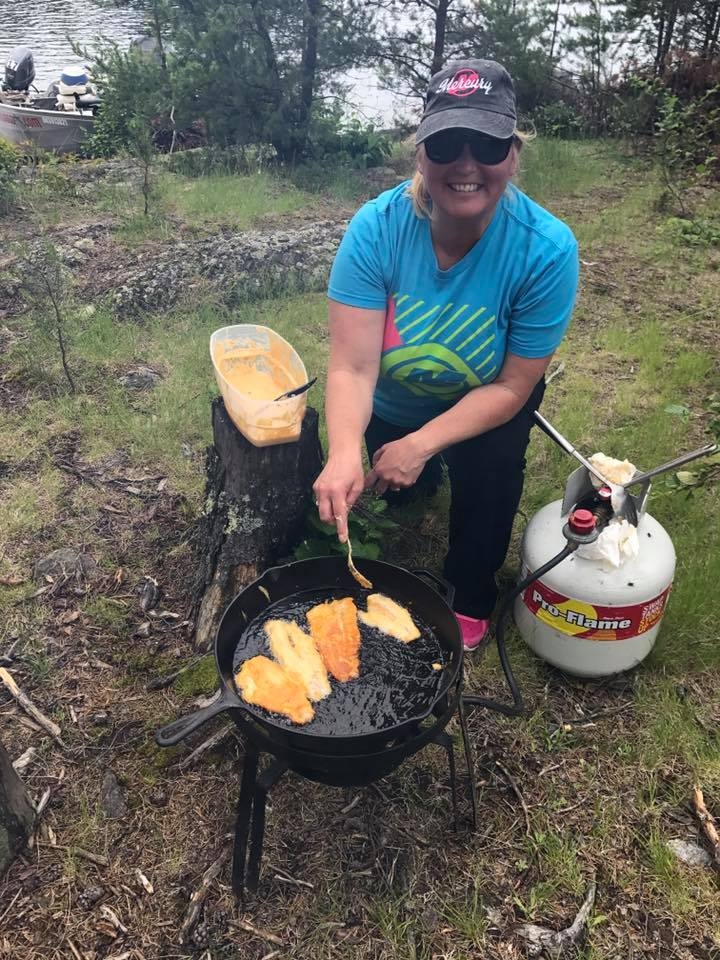 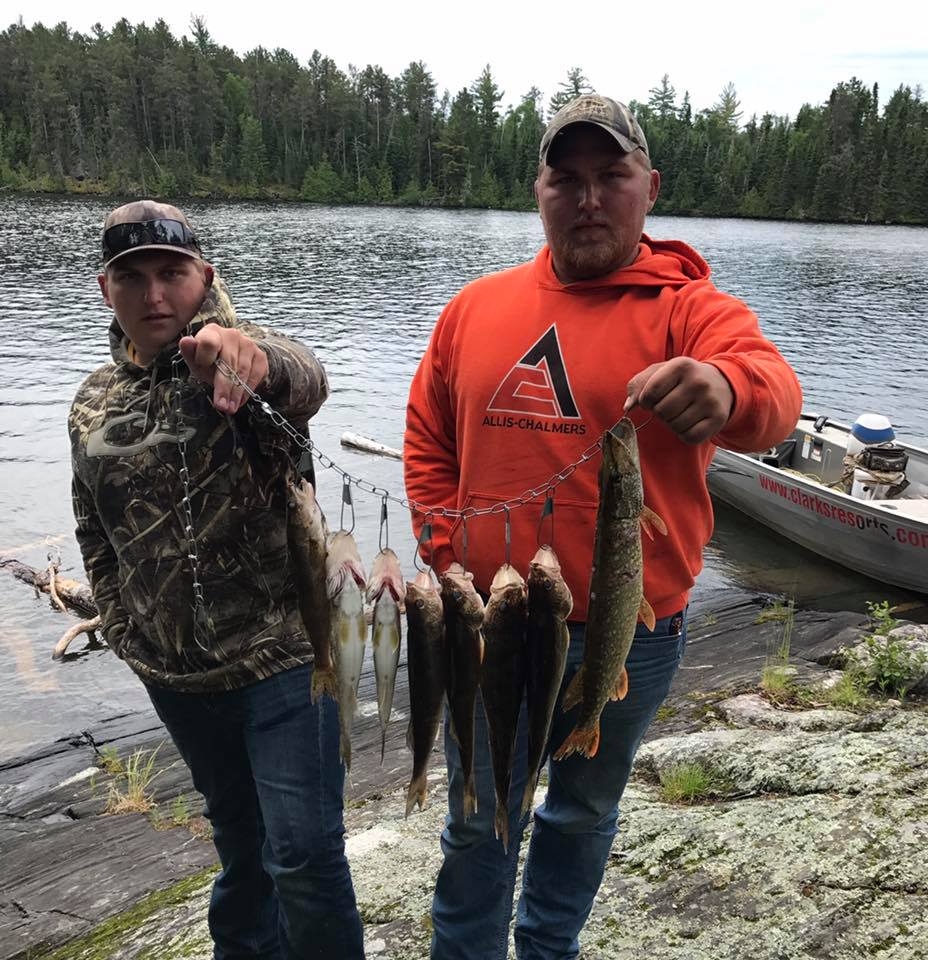 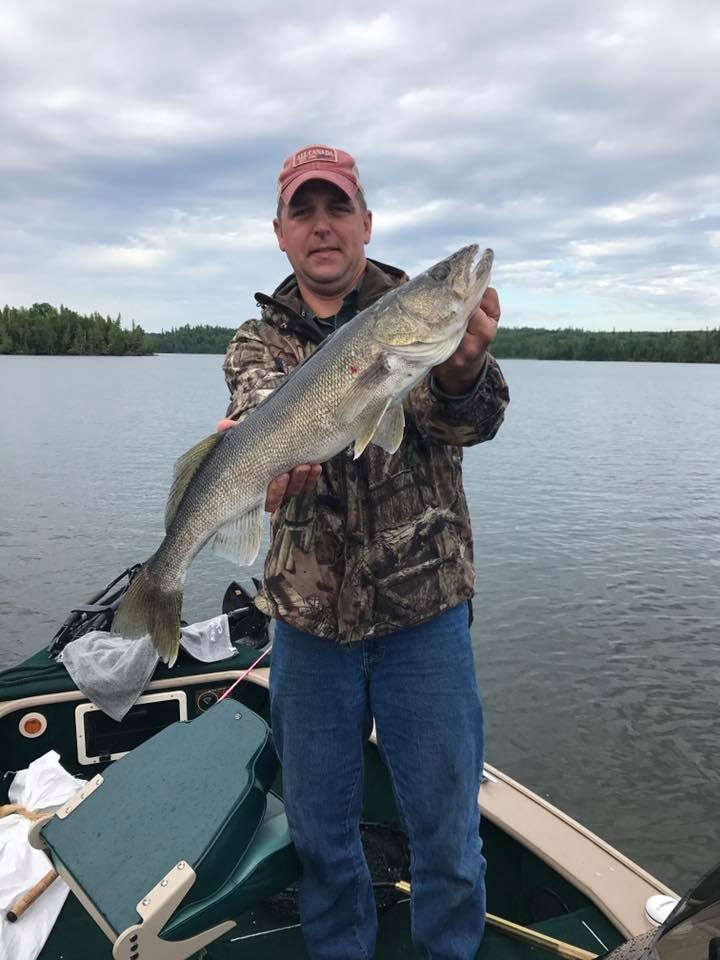 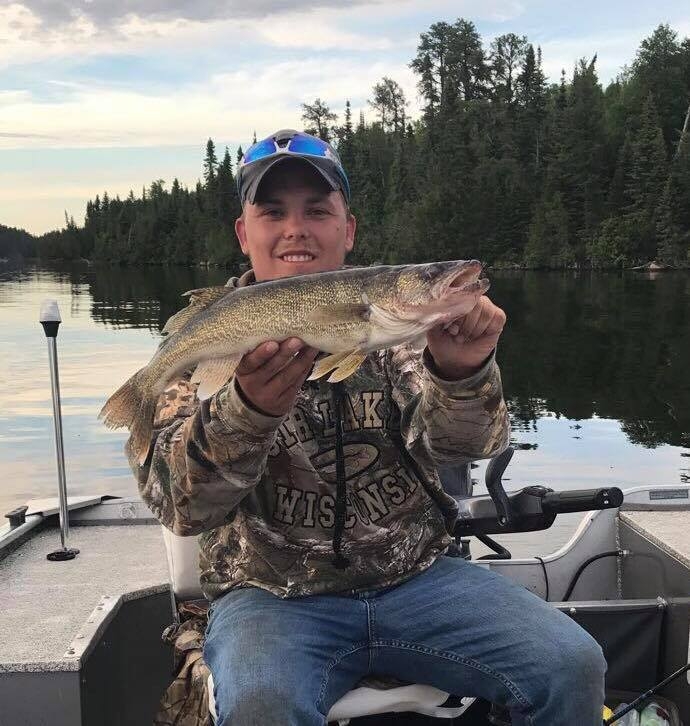 The fishing was a little tough this week on Cedar. The extremely poor weather certainly didn’t help, and of course the may fly hatch. There was still some excitement though… one of our guests caught a 42” Muskie while Walleye fishing using 8lb test line and a leech! There were some nice Walleye caught as well including a 24-inch. Although the fishing was not fast-paced, there was enough caught for meals and the guests had a good time.

This group had very exciting and fast-paced fishing on Otatakan. They had the most fun with slip bobbers and minnows in 3-8 feet of water. They said Meps #3 were good for bigger Walleye. They found the Walleye just out from the rocks. Their biggest was a 23-inch and they caught over 30 Northern that were over 30 inches! The late afternoon and evening bite was best.

These guys caught over 1,600 Walleye on McVicar and that was with a couple of “slow days”. It sounds like they made up for those slow days when they took two boats into Lang Lake and caught 457 fish in one day including two 40-inch Pikes, a 42-inch, and a 41-inch! The fished for Walleye with jigs and twister tails, jigs and minnows, and also crankbaits. They caught two 24-inch Walleye. The Walleye were 12-16 feet deep and the fish were mainly on the points. They caught over 650 Northern during their week using crank baits and various bass plugs. The Northern were along shorelines and weedbeds in 4-20 feet of water. The biggest Northern was caught on a white chatter-bait. 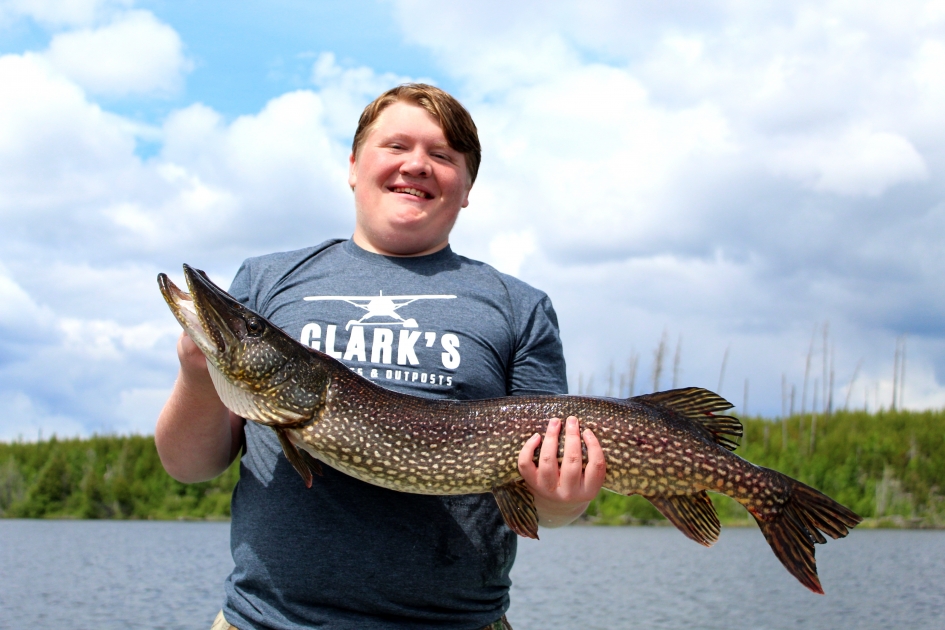 This group of 7 was at Dobie Lake for their third visit. They caught hundreds of Walleye, a bunch of Northern, and a bunch of Perch! They even caught a whitefish! They saw caribou several days in a row! The best rigs were just a jig and a minnow, but they also caught Walleye and Northern with floating Rapala style lures as well. It was a little slower of a catch than what they are used to, but they attribute that to the mayfly hatch. They were always able to catch enough to eat. The best fishing was up the river across from the cabin either short of the rocky rapids or up to the end where there is another set of rapids. They caught larger Walleye on the North end of the lake. The dock fishing was also fantastic!

During their short stay, they caught 450 Walleye and 50 Northern. The biggest Walleye was 27 inches and the biggest Northern was 33 inches. It doesn’t sound like they were targeting Northern, but caught them while Walleye fishing. They fished with worms, leeches, and minnows. White, pink, and orange jigs were best.  Best spots were along the shorelines in 20-feet of water.

This group caught over 200 Walleye during their short stay at Pusher. The biggest was 22 inches. The best lure was yellow jigs with minnows. They fished the shorelines in 12 feet of water. They had a great time and can’t wait for next year!

These 3 couples caught 989 Walleye and 60 Northern. Their biggest Walleye was 26 inches and their biggest Northern was 41¼ inches! The best bait for Walleye was jigs and minnows or jigs and worms. The best spots for Walleye were the mid lake humps and points. They were in 8-17 feet of water and the bite was good all day long!

These guys caught lots of Northern and Walleye including a 42-inch Northern and a 22-inch Walleye! They fished with jigs and minnows and spoons. The best spots were along shorelines in 3-5 feet of water and the bite was good all day long.

It was their first time to Bertrand Lake and they caught about 1,000 Walleye and 40 Northern. The biggest Walleye was 27 inches and the biggest Northern was 42 inches! They used a jig and minnow for Walleye and the same for Northern along with some jerk baits. The best spots for Walleye were drop-offs near shorelines in 12-15 feet of water. The best spots for Northern were shorelines around islands and bays in 5-15 feet of water. They said they caught the same 42-inch Pike 3 times on an 1/8 oz jig and minnow. They knew it was the same fish because of the damaged fin. They caught several Walleye in the 25-inch range.

This Father & Son duo caught hundreds of Walleye and Northern. Their biggest Walleye was 20 inches and their biggest Northern was 41 inches! They caught two 41-inch Northern, a 40-inch, a 38-inch, and a 36-inch… lots of healthy Northern in that lake! They used jigs & minnows, Lindy Rigs, and spoons for Walleye. The best spots were off the dock, the west & east ends of the main lake, and the biggest Walleye were in Bumpy Lake. They were in 5-12 feet of water and the bite was good all day long. For Northern they used spoons or jigs & minnows. The best spots were off the dock, the shorelines, or weedbeds in 4-12 feet of water. 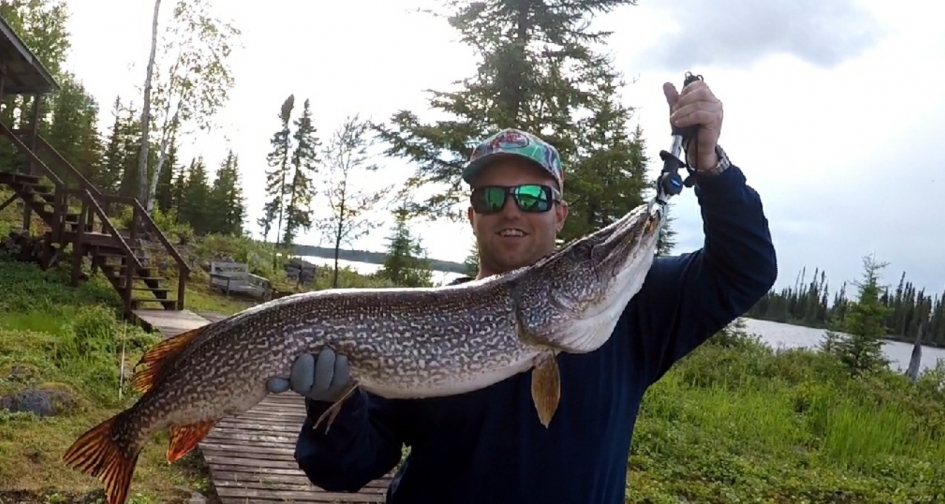