Opening day, the fishing was fair… everyone caught enough for a meal. The next two days we had miserable weather and the fishing turned right off. Tuesday was probably the best day of fishing… one boat caught and released over 100 Walleye! The Crappie fishing was really good throughout the week. One of our regular groups (of 6 guys) caught about 620 Walleye during their stay. It wasn’t their best year, but most definitely not the worst! 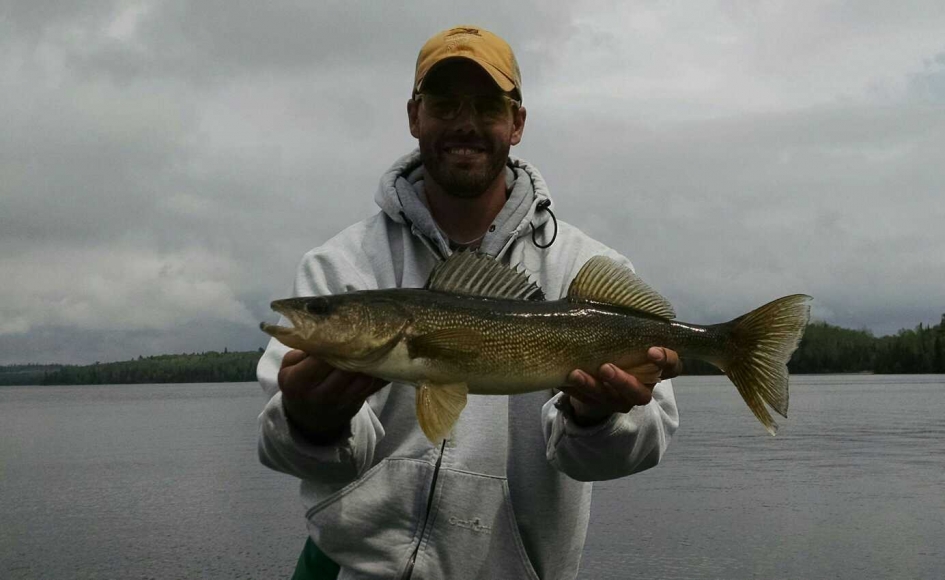 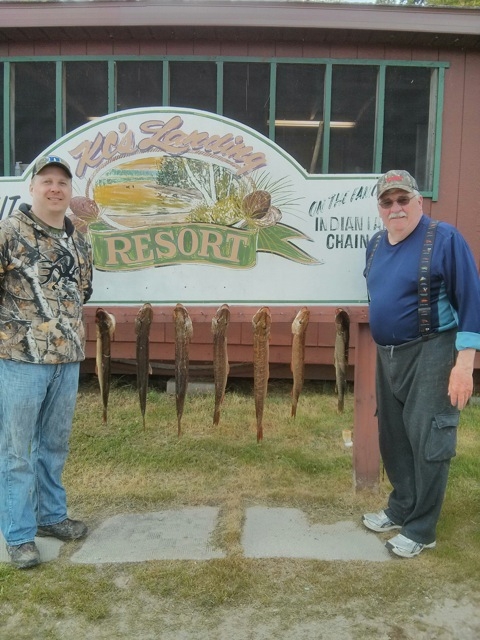 This group had a great week at Dobie Lake… lots of relaxing and the fishing was good. The biggest Walleye they caught was 24”. They fished the shorelines and reefs mostly and they used jigs with minnows, The Walleye were mostly in 6-12 feet of water and were biting any time of day, but slow mid-day.

The fish were really biting on Otatakan Lake this week!! Sounds like they were biting all over the lake including shorelines, reefs, weedbeds, and off the dock!! They Walleye fished with minnows and jigs and also road runners. The Walleye were in 4-6 feet of water and the biggest one caught was 25”. They caught lots of Northern as well and the biggest was 36”. They fished with spoons in 2-5 feet of water for the Northern. These guys saw 2 Bull moose, 3 Cows, and 3 Calves! Amazing! 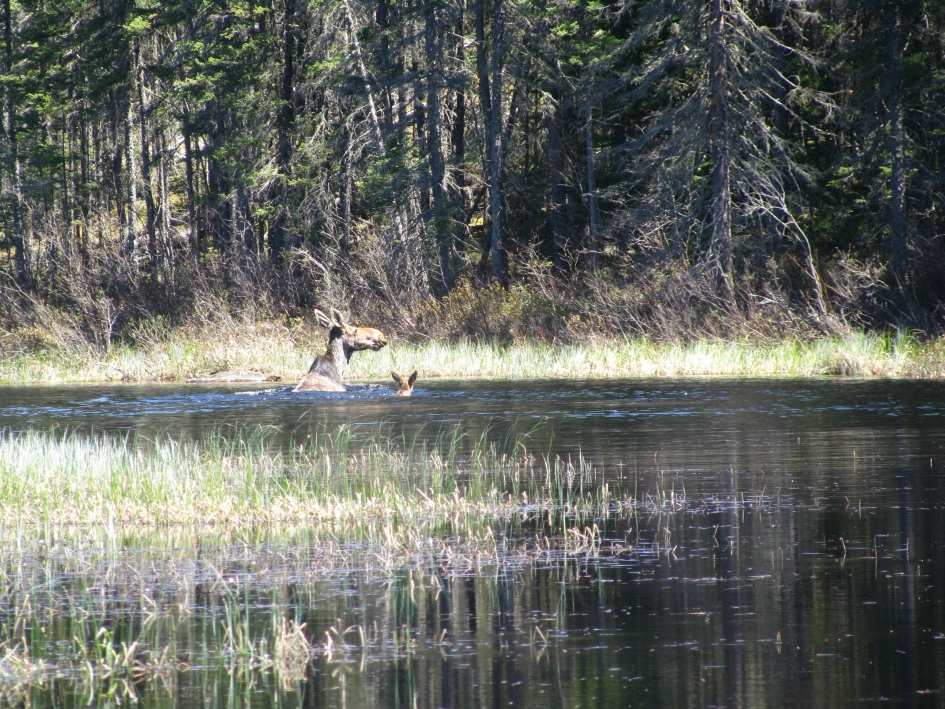 The fishing was on fire on Meen Lake. The first thing the one gentleman said when he got off the plane was that he’s never seen Walleye fishing like that! And another comment was “best fishing ever”. They caught hundreds of Walleye… no trophies to speak of… the biggest was 22”. The Walleye were in 5-8 feet of water and they were biting any time of the day. The used 1/8 oz. jigs with twisters or minnows.

These two guys couldn’t keep the Walleye of their line! They figured they caught about 300/day. The biggest was 21”. They fished with white twister tails and husky jerks. The best spot was the shoreline near the river going into Upper Wapesi. They caught about 150 Northern per day. The biggest was 35”. They were biting on husky jerks and minnows. Both the Walleye and Northern were biting in 3-6 feet of water and all day long.

Our firsts guests to Cook Lake had a good week. They caught lots of Walleye and the biggest was 25”. They found that there were bigger Walleye in the portage lake (Bumpy), but caught more in Cook Lake. They fished with jigs (yellow and purple) and minnows. They fished the shorelines, islands, and points. They also caught a lot of Northern and the biggest was 39 inches. The Northern were biting on the same type of baits. All the fish were in 3-7 feet of water. They also caught two Perch!

This group caught too many Walleye to count. The biggest one was 24”. They also caught MANY Northern. The biggest was 38”… they weren’t able to catch any trophies this round. The fished Walleye with jigs and minnows in 3-8 feet of water. The best places were the portages and anywhere with moving water. For Northern they fished with cleo, spinners, and jerk baits. The Northern were mostly along shorelines and weedbeds. The fishing was slower earlier in the week due to the poor weather conditions. The fishing picked up as the week went on.

There were just two guys at Fawcett this week and they noted the Walleye fishing was a little slow. They had a hard time finding them and couldn’t find a consistent pattern. The very best spot was right off the dock! Things should really pick up now that the weather has straightened out. They caught three 25” Walleye and a 38.5” Northern. They said they caught lots of Northern. They were using suckers for Walleye and throwing almost anything for Northern.

The fishing on Kapikik was similar to Fawcett for opening week. They did well, but not for what Kapikik normally produces. Sometimes these bigger lakes need a good stretch of stable and warm weather to get them really fired up. Stay tuned for the next report!!