What a wet and cold week! The temperatures were in the 50’s every day we saw nothing but rainy, foggy, misty days. Just as the guests were getting ready to leave on Friday, the sun peaked through! This was definitely not a week for the fair-weather fishermen. The weather didn’t hold back our guests and the fishing was actually fantastic! Both quantity and quality were fantastic and the worst day of fishing was actually the sunny Friday. The Crappies were biting great at the beginning of the week until we got a really heavy rain one night and then they shut off. The Walleye fishing was consistently excellent and we saw some folks keeping a few Northern and Perch to eat as well. There were some 28 and 29 inch Walleyes caught and released, which is always exciting.

This week at K.C.’s we had our “fly fishermen & women”. They did fantastic again with Northern Pike… what an exciting way to catch fish! The Walleye action is two weeks ahead for this time of year, but our regulars made the transition very well. There were lots of respectable Walleyes caught and released, and of course everyone caught their fair share for dinner. Lake Trout were a bit slow for this time of year, but that could be due to everything being two weeks ahead. We think they are on their way down to their summer spots already. Augite Lake will turn on soon with some exciting Trout fishing. All in all it was a great week with a great bunch of fisher-people.

For these guys, their trip to McVicar was their first ever fishing trip in Canada. They made the most of the poor weather conditions and caught hundreds of Walleyes. They described the fishing as “amazing” and they said the weather was exactly what the fish wanted. It felt more like catching than fishing! They fished with a jig and minnow in 5-20 feet of water around points and inlets. The largest Walleye caught was 24 inches and the best fishing was before noon and after 6:00 p.m. They caught hundreds of Pike as well on jigs & minnows and big flies. The Pike were in 2-10 feet of water near the inflows and the largest caught was 37 inches. This group actually fly fished most of the time, which is something we don’t see a whole lot of. They had really good luck in the portage lakes and the inflow from Lang Lake was stacked with hungry Pike. They were amazed by the wildlife as they saw bald eagles, loons, ducks, otters, and a moose! 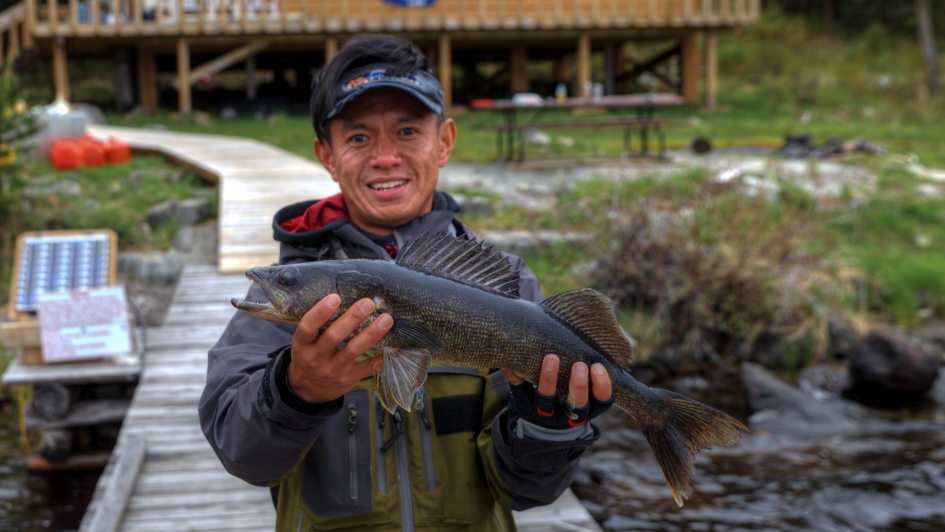 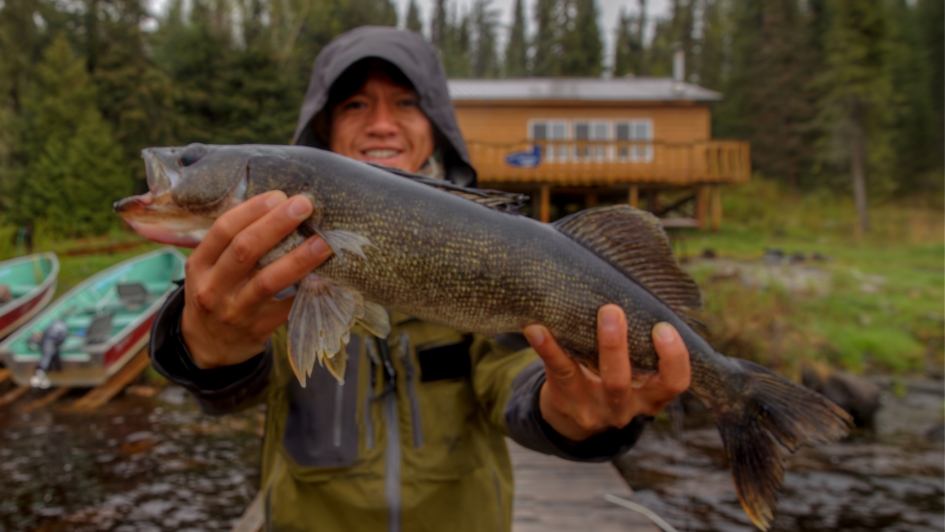 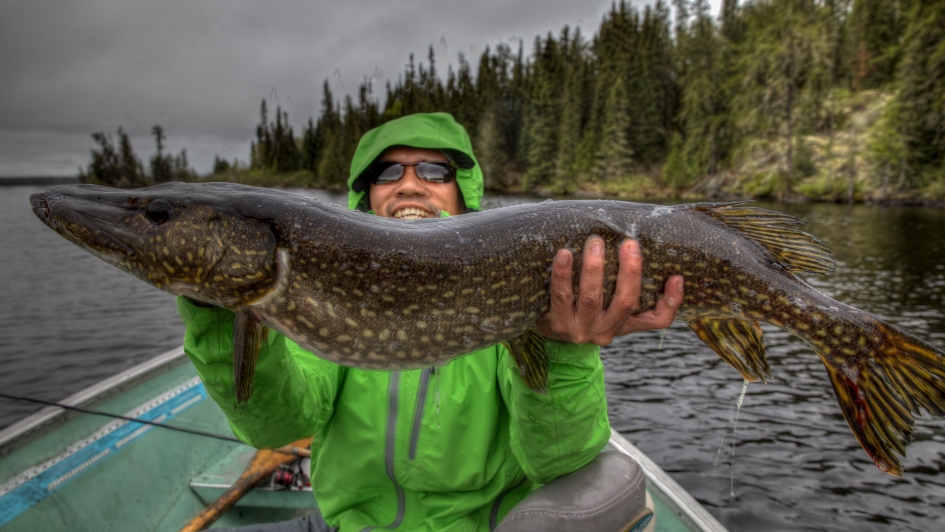 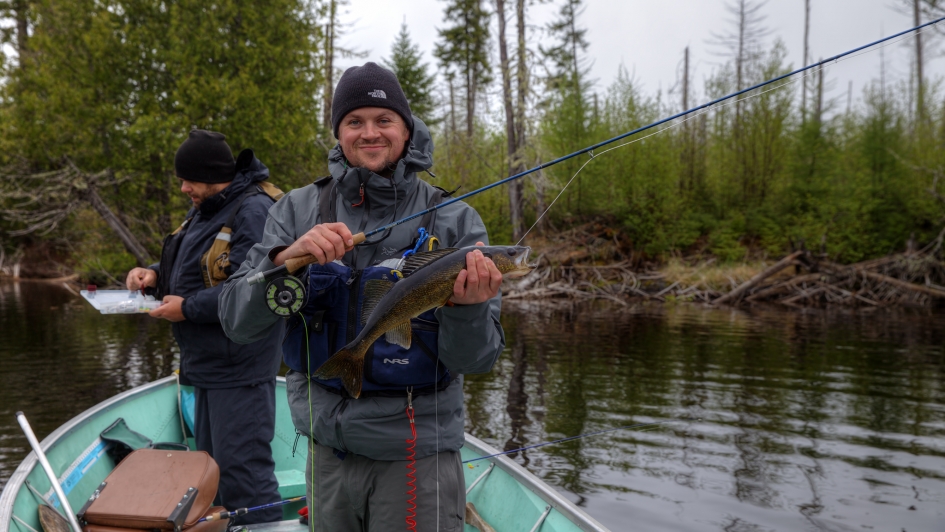 These guys caught about 700 Walleyes and fished with jigs with minnows or plastic. The Walleye were anywhere from 2 to 15 feet deep and either along shorelines or they were found in deep water. It sounds like they were a little scattered at this point. Northerns were caught on jigs with plastic and the largest one was caught off the dock. Their biggest Walleye was 23 inches and their biggest Northern was 40 inches. Despite the weather, these guys had a great week.

Using counters to keep track of their catches, this group of 4 guys caught a grand total of 3,941 Walleyes during their stay at Grace Lake! The 6 days straight of rainy and cold weather did not hold these guys back from fishing and it obviously did not affect the Walleye bite negatively! They fished for Walleye with minnows and powerbait (split tail minnows) in 4 to 10 feet of water. They said the evening bite was “non-stop”, but the fish were biting all day long. The best spots were “red rock reef” and various other points and shorelines. The biggest Walleye caught was 24 inches. They caught about 300 Northern using lucky strike clowns, 5 of diamonds, and dr. spoons. The Northerns were along the shorelines in 5 feet of water and they caught a few in the 37-inch range.

Despite the cold and rainy weather, this group experienced fantastic Walleye fishing on Wright Lake. Most were caught in 7-10 feet of water. The group stayed mostly on the South/Southwest end of the lake. The Pike fishing was not as great… their biggest was around 40 inches, but they lost it at the boat. The Walleyes were biting on ¼ oz. jigs, any colour with a live or dead minnow. The Pike were either caught jigging for Walleye or trolling with spoons. 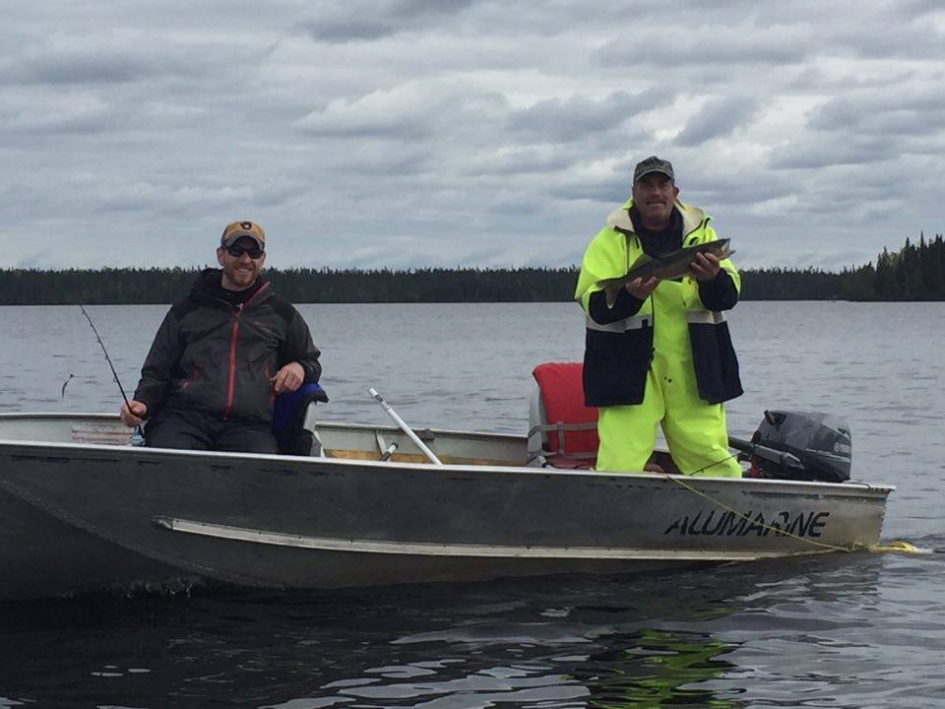 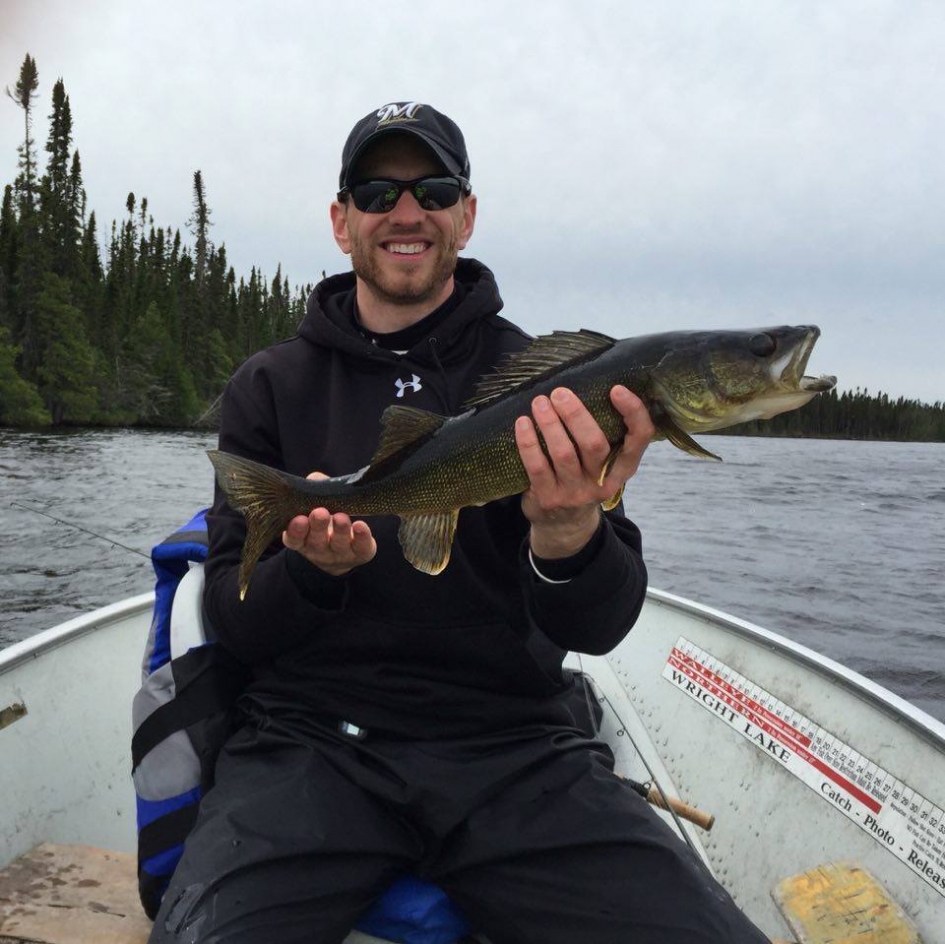 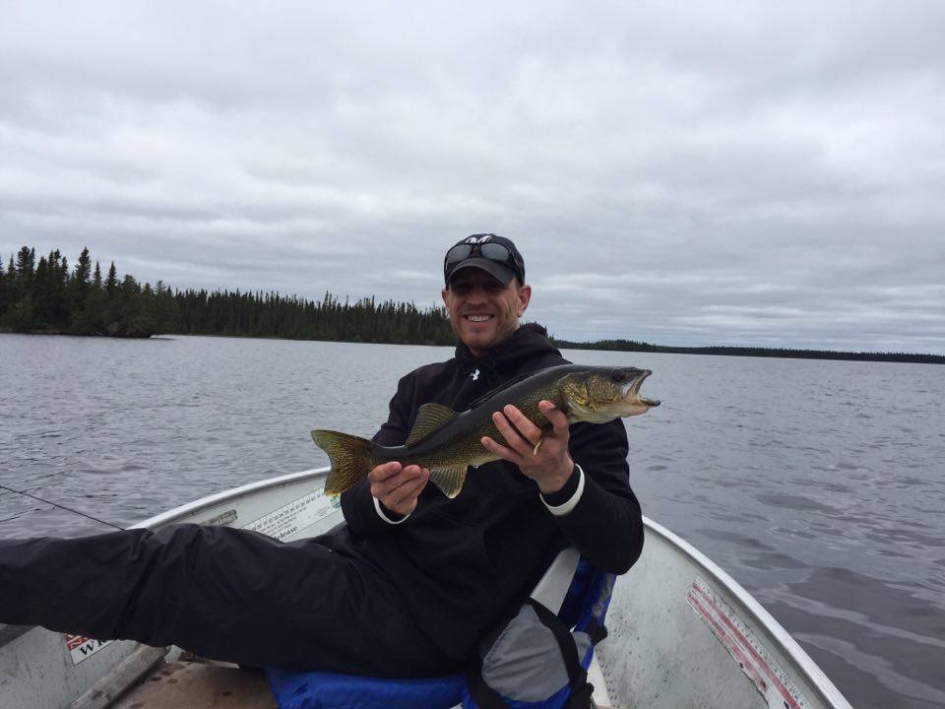 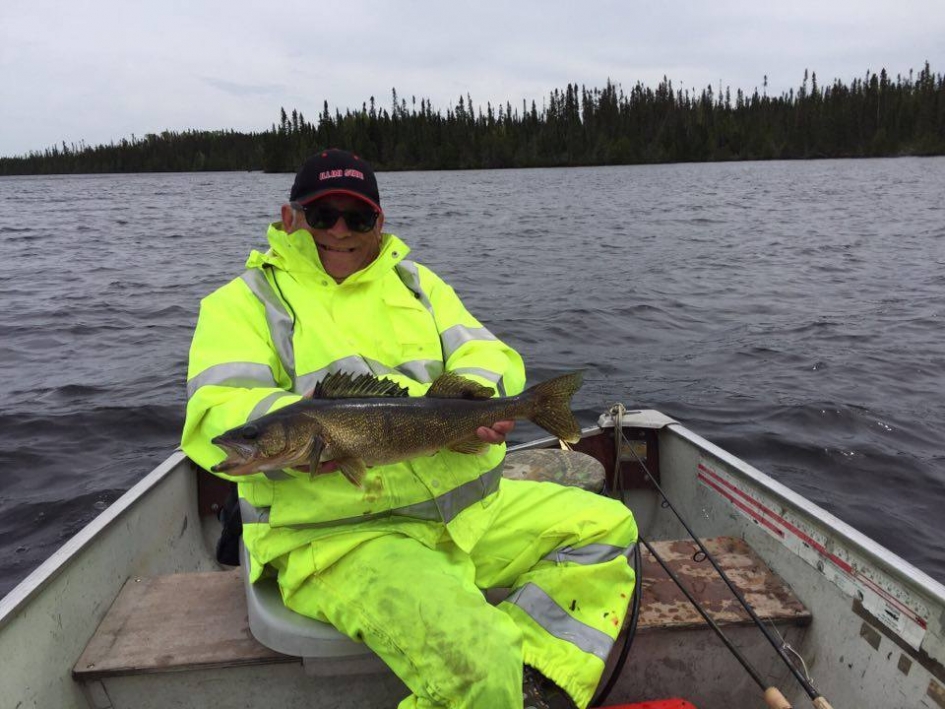 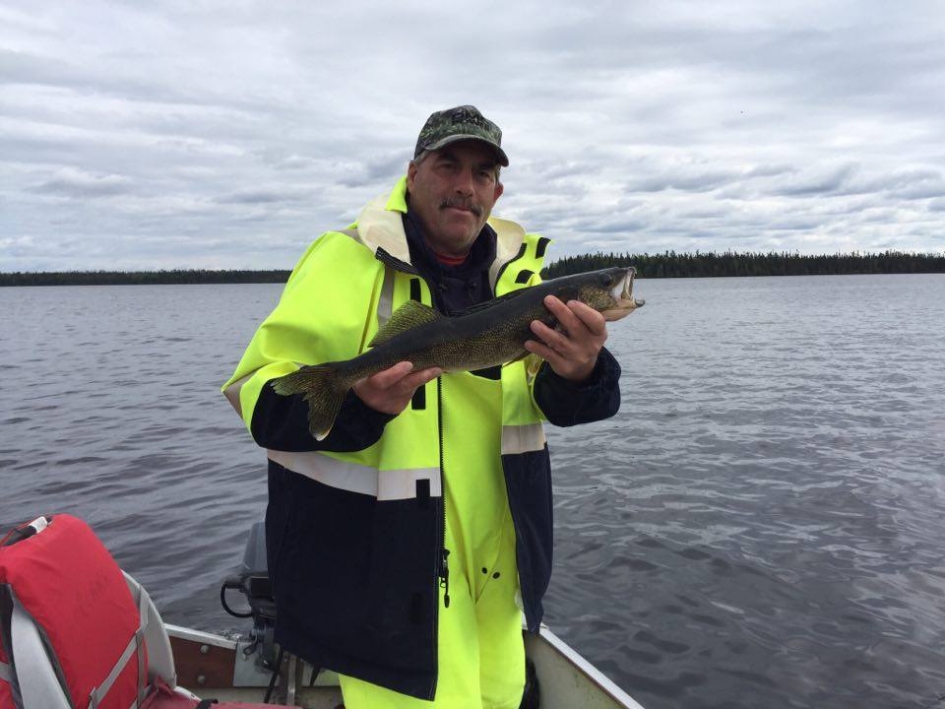 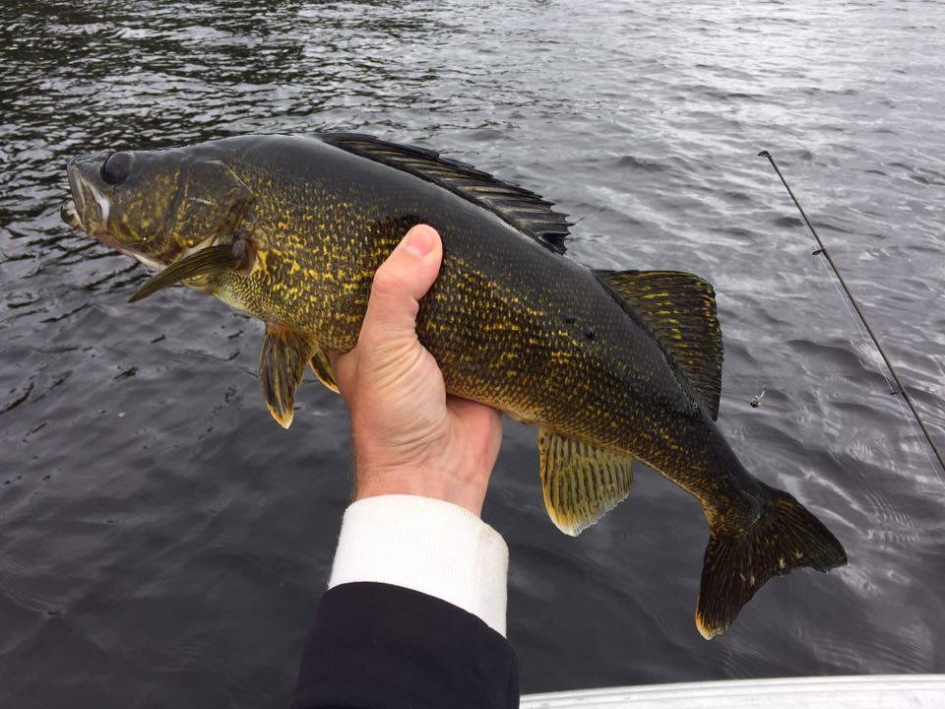