LOTS of Walleye over 22 – inches this week and lots of nice “eaters”. I spoke to one group who caught a 39” Northern and another group that caught a couple of 25” Walleye. The Crappie fishing was still slow at the beginning of the week, but then all of a sudden turned on starting Thursday. Check out the picture below! 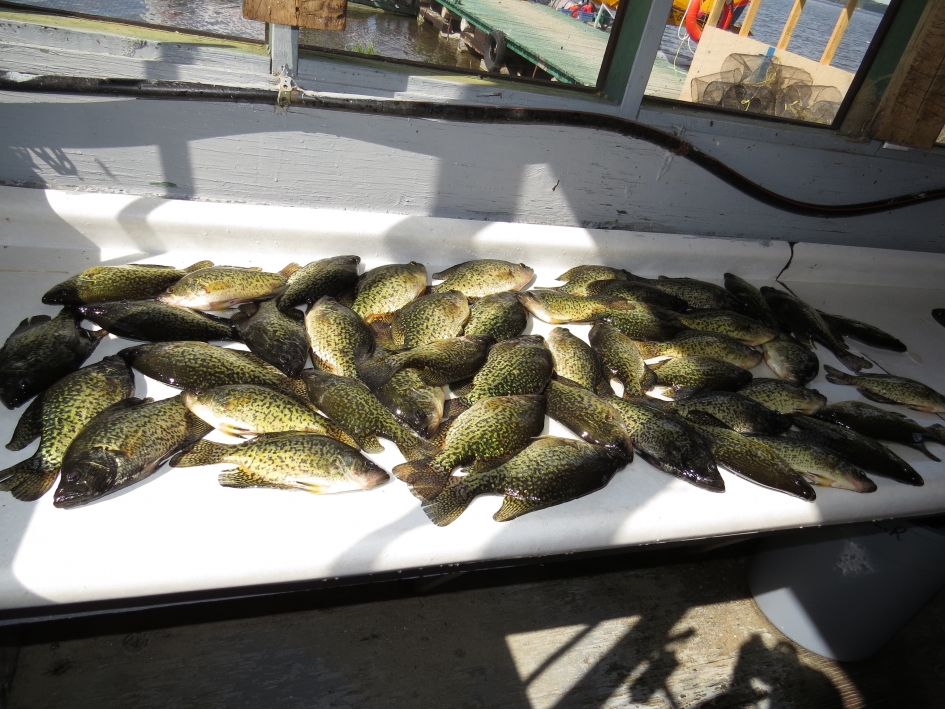 Another good week on the chain... The Walleye are biting good and are in the stumps. Jimmy got a lesson on fly rod fishing, which he said proved to be very exciting action! He said Northern Pike on a fly rod is as exciting as it gets! Our staff at Clark’s Camp have been fishing off the dock and a few evenings in a row they caught some MONSTERS! They caught 3 Walleye in the 30-inch range (pictures below). 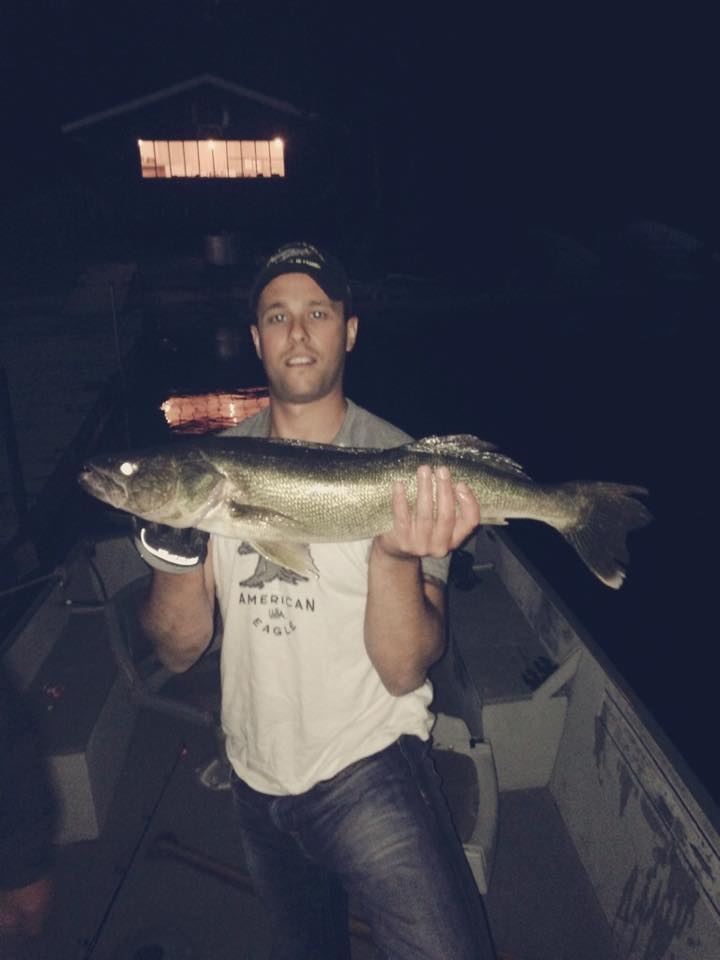 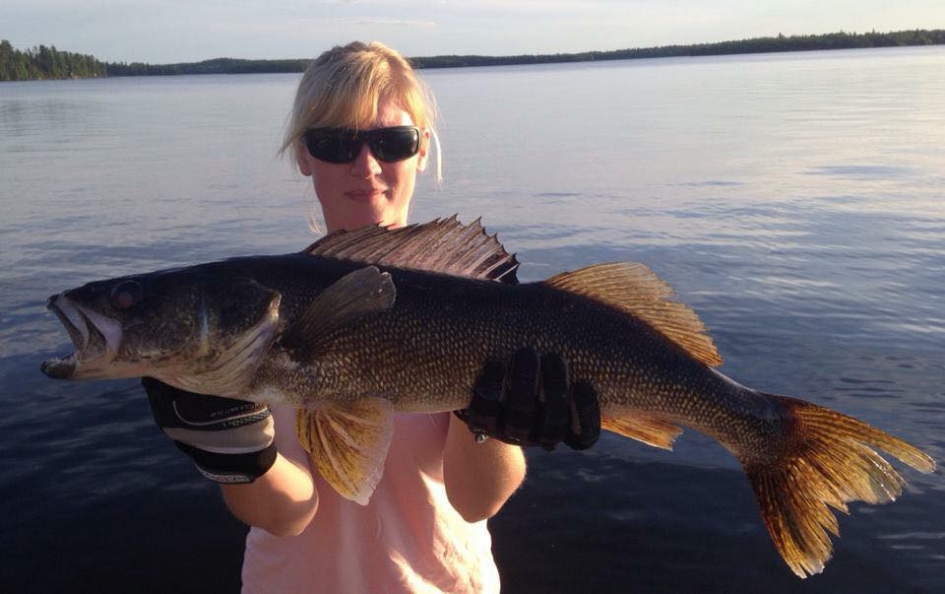 This group caught about 1800 Walleye and 200 Northern. They didn’t get any “big” Northern this time. The biggest one was 34 inches. Their biggest Walleye was 28 inches. They fished mainly with jigs and minnows for both Walleye and Northern. They also used Mepps spinners for Northern and had great luck fly fishing (until their rod broke). All in all they had a great week at Fawcett and the weather was beautiful!

We had a great trip at Dobie.  A bit of a rough flight in as we had to land at another lake for a couple of hours because we couldn’t see because of fog but once we got there the fishing was great.  Always fun to be on a new lake and this was no exception.  We caught 2515 walleyes for four guys.  Fishing improved as the week went on and the temperatures rose (first two mornings it was below freezing when we got up).  Fish were thick in the rivers in shallow water by the rapids.  Started getting fish in the lake in 6 to 7 feet of water by the end of the week.  Largest Walleye was 24 “ and Northern was 36” (we don’t specifically go after northerns but catch them backtrolling).  We fished with 1/16th oz. jigs, sometimes with twister tails and sometimes not with either a minnow or part of a leach.  Either seemed to work as good.  Everything worked great at the cabin, we had plenty of bait and you could use us for a reference for Dobie.

This group also noted that they had caught lots of perch over 10".

A group of 4 caught over 1,000 Walleye. They fished with chartreuse colored jigs with minnows and No.5 Shad Raps (black and silver). The Walleyes were in 6-8 feet of water and the water temperature was about 60 – degrees. The largest Walleye caught was 26.5 inches and 7lbs 3oz. On cloudy days the fishing was great all day long. On sunny days, the fishing was best early in the morning and then again from 4:00 p.m. til dark. They mostly fished the shorelines, points, and reefs.

For Northern they fished with No.5 Shad Raps (tiger striped), and also white jigs with minnows and black single spins. They found Northern in 8-10 feet of water along shorelines, rocky points, and weedbeds. The largest they caught was 38 inches and 16 pounds.

This group of 6 caught approximately 630 Walleye and the biggest one was 25-inches. They used shad raps, spoons, and jigs and fished in 4-5 feet of water. They said the best time of day was from 12:00 – 4:00 p.m. they mainly fished shorelines, reefs, and weedbeds.

They caught about 420 Northern fishing with shad raps and spoons. The Northern were anywhere from 3-20 feet of water. The biggest Northern caught was 41-inches. The best time of day was 12:00-4:00 p.m. and they fished shorelines, reefs, weedbeds, and rocky points.

On the first day a front moved through, but the rest of the week was sunny. The temperatures were in the 60 – 70 degree range. On the last day they got some rain, but caught more fish than they did on the sunny days. The cabin was great and they had a great time.