Things sure turned around in a hurry this spring! Towards the end of April, we still had 4 feet of ice on our lakes and lots of snow on the ground! Guests were calling to see about cancelling their trips as they didn’t want to be ice fishing when they got here! The conditions seemed to change overnight and the ice turned to black, honeycomb ice and disappeared in a matter of days. By the first week of May, our two drive-in lakes were ice free and by the next week most of our Outpost lakes were clear. Wright Lake held on the longest as it always does and the ice was off just a few days before opener.

After a horrendous winter and a late spring, we have so far been spoiled with unseasonably hot, beautiful weather! The only draw back is extremely dry conditions making the risk of forest fires very high. The opening week fishing was as hot as the weather! Even on the hot, calm, clear days the fish still seemed to bite.

We were off to a strong start on Cedar, some commenting that numbers were up from last year. A group of six caught 670 Walleyes for the whole week. They had 16 that were over 22 inches and the biggest was 31 ¼ inches! When the Walleye fishing slowed down towards the end of the week, the Crappie fishing seemed to heat up. All in all, it was an awesome week of weather and great fishing to kick off the season! 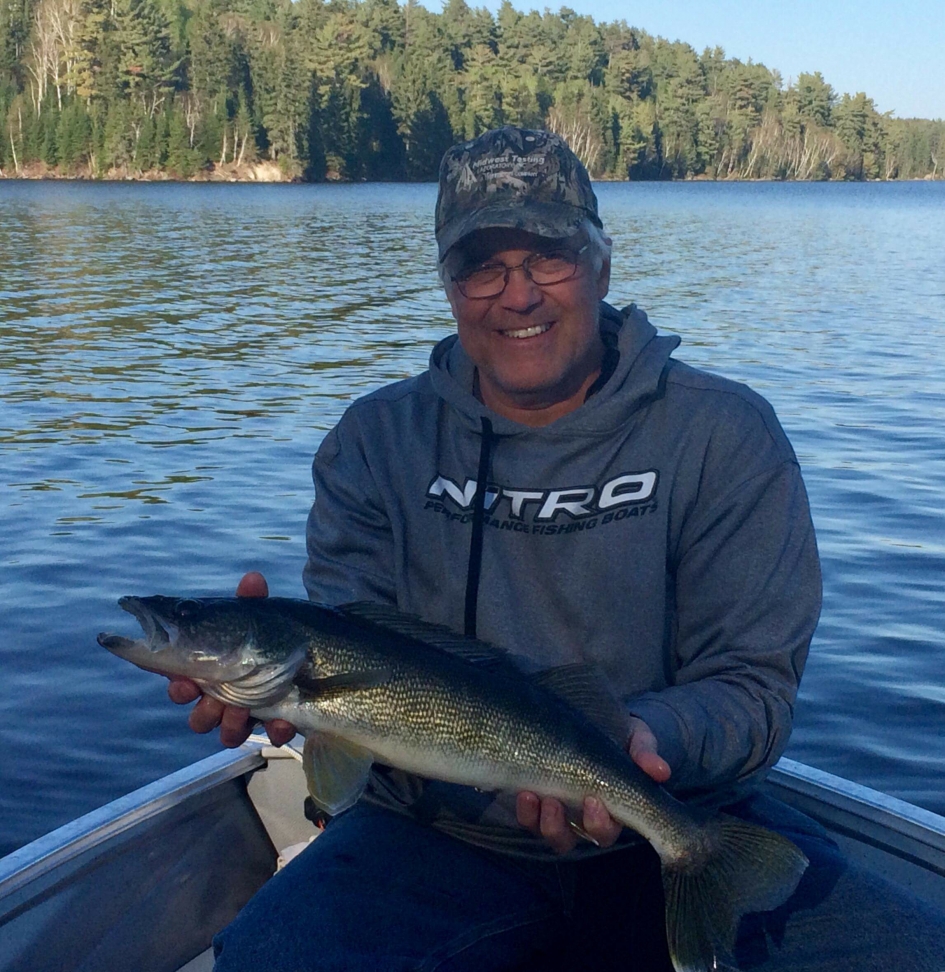 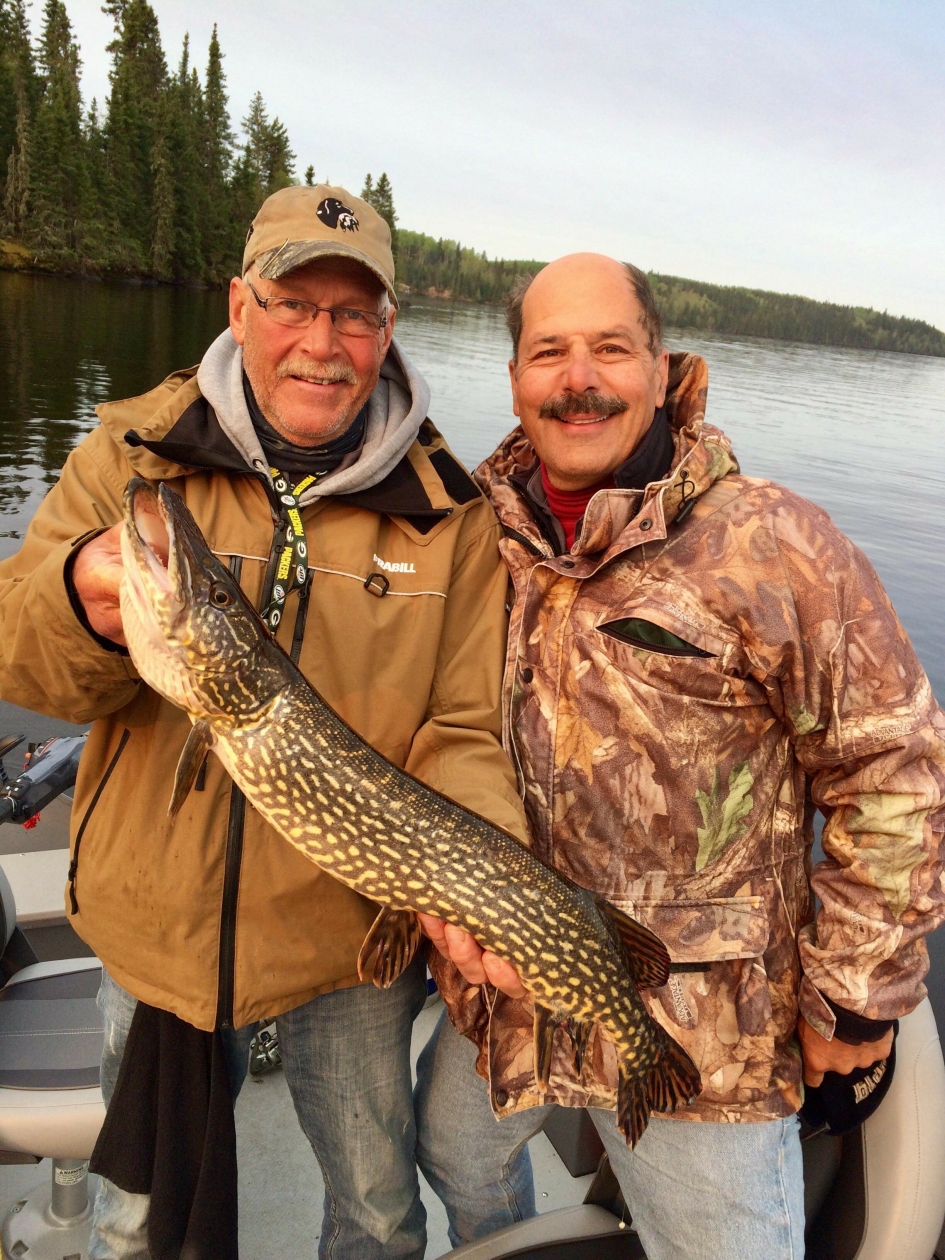 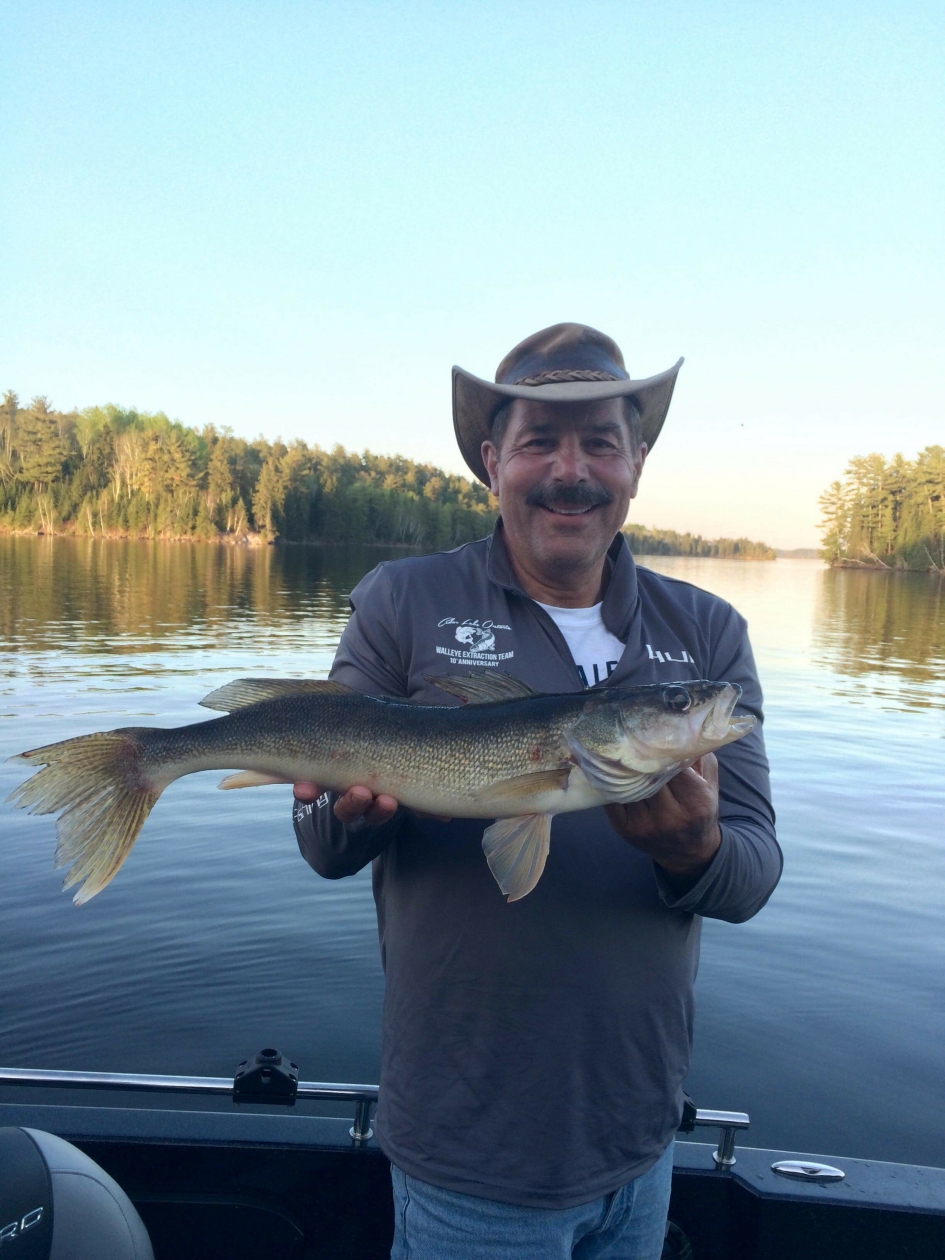 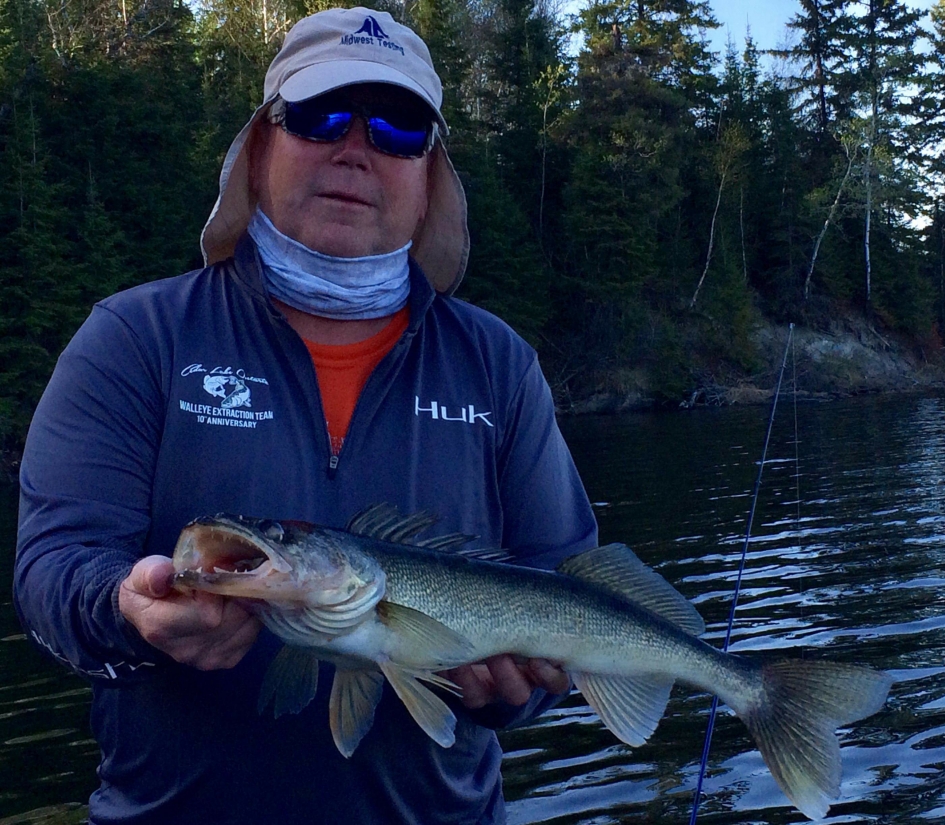 In just one week, the surface temperature of Anishinabi Lake rose from the mid 40’s to the upper 50’s. The Lakers were still being caught near the surface in 10-40 feet of water. Trolling spoons in shallower water and near the surface produced good results. One group of five caught 73 Trout (40 in Anishinabi and 33 in Isabelle) with quite a few pushing 28 inches in length! The fishermen seeking Pike and Bass had good luck by casting into the shallow bays. There were a handful of Pike caught over 35 inches. The portage lakes were producing Walleye in large numbers in 3-8 feet of water. Anglers used lead head jigs and the free minnows for fast-action Walleye fishing! We also had some groups fly to Zizania, which was awesome as always for Walleye and Northern fishing. It was a great week at Anishinabi Lodge. We are so excited to see what the summer will bring at Anishinabi… this has been a very exciting acquisition for the Clark’s. The staff at Northern Lights have been scheming up ways on how they can escape to the island and stay there for the whole summer. It’s one of the most beautiful places on Earth! 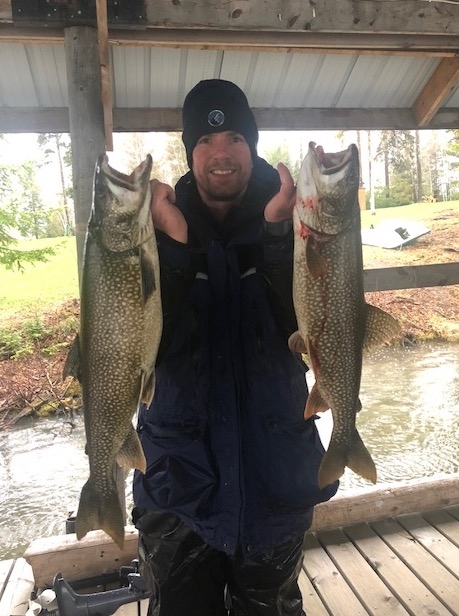 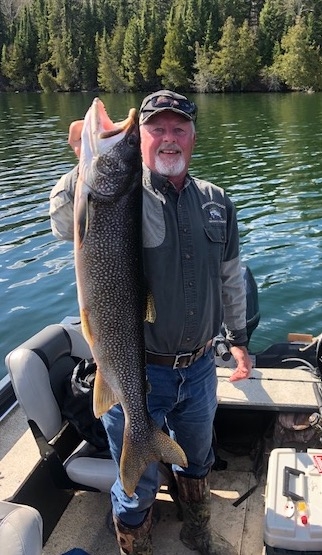 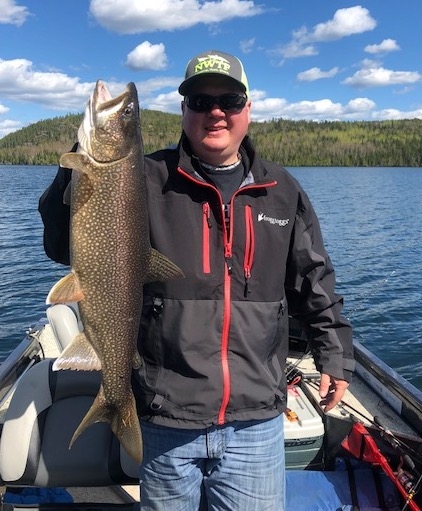 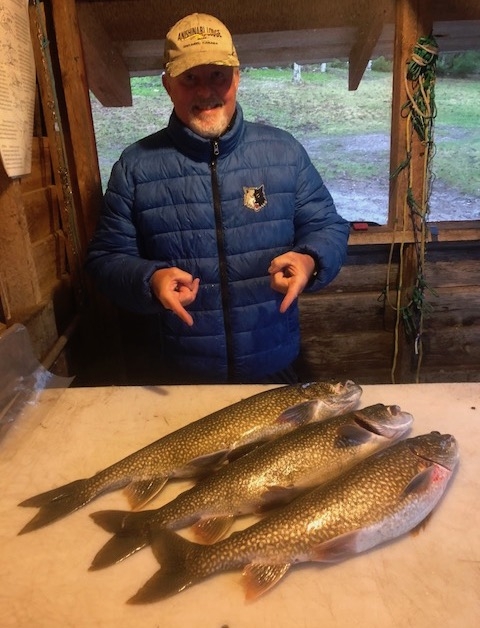 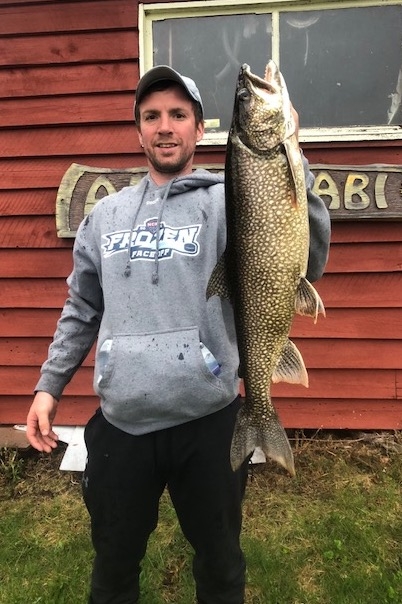 It was a quiet week at K.C.'s Landing with not too many guests in camp, but it was a good week to start the season with excellent Walleye fishing. Our guests had no issue getting their limits and the best spot seemed to be in Musky Bay right on Edward Lake... a short boat ride from camp! The fishing was the best around 6:00 in the evening.

This group spent most days hammering big Pike and Smallies in Currie Lake (the portage off of Una). They would finish each day by fishing Walleye in Una until they were tired of catching. The best spots for Walleye were along the shorelines near the cabin and at the Northeast end of the lake. They were anywhere from 2-10 feet deep and the best time of day was mornings and evenings. The best bait for Walleye was the tried and true, jig and minnow combo. The biggest Walleye they caught was 28 inches long! For Northerns they fished the bays on Currie Lake in 2-8 feet of water. They used jigs with plastic minnows and also did a lot of fly fishing. The biggest Northern caught was 38 ½ inches. 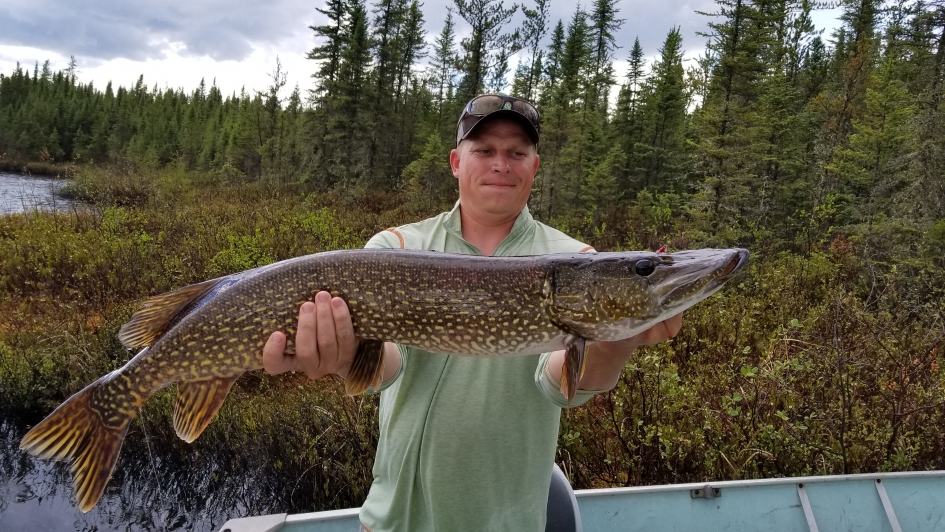 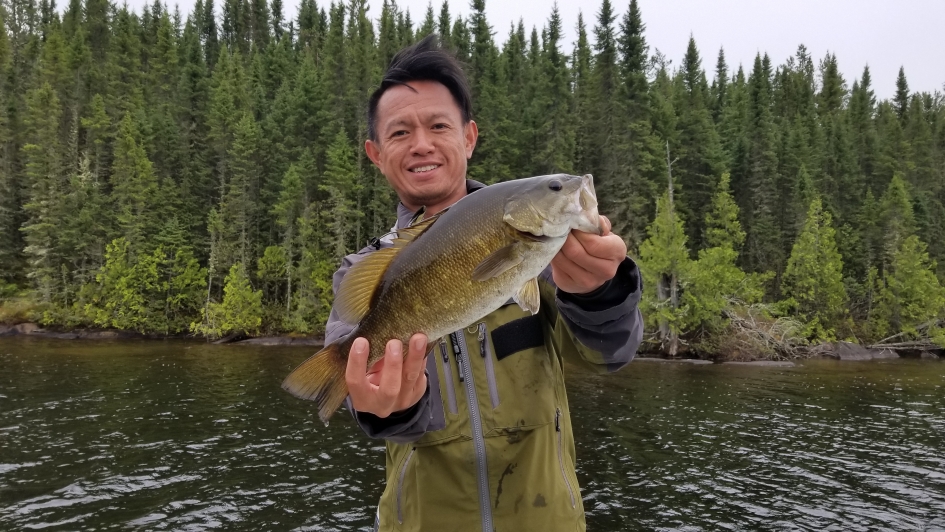 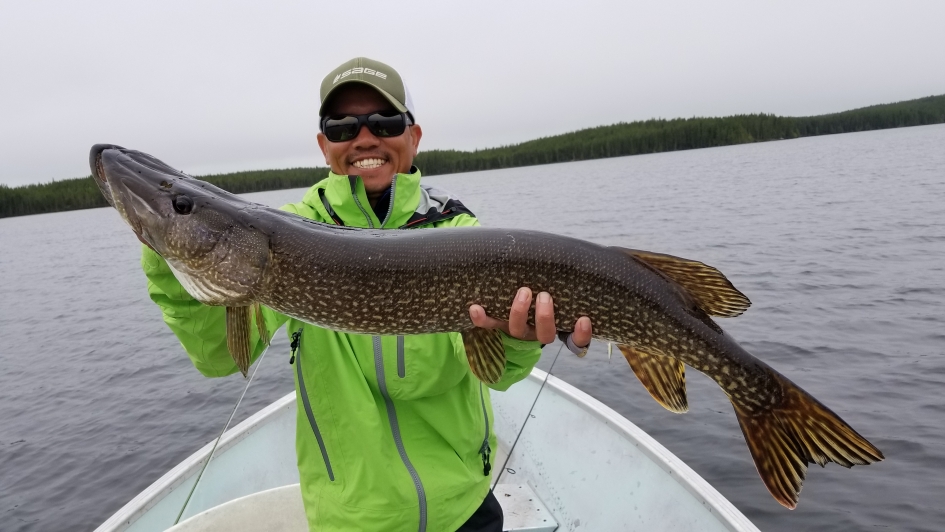 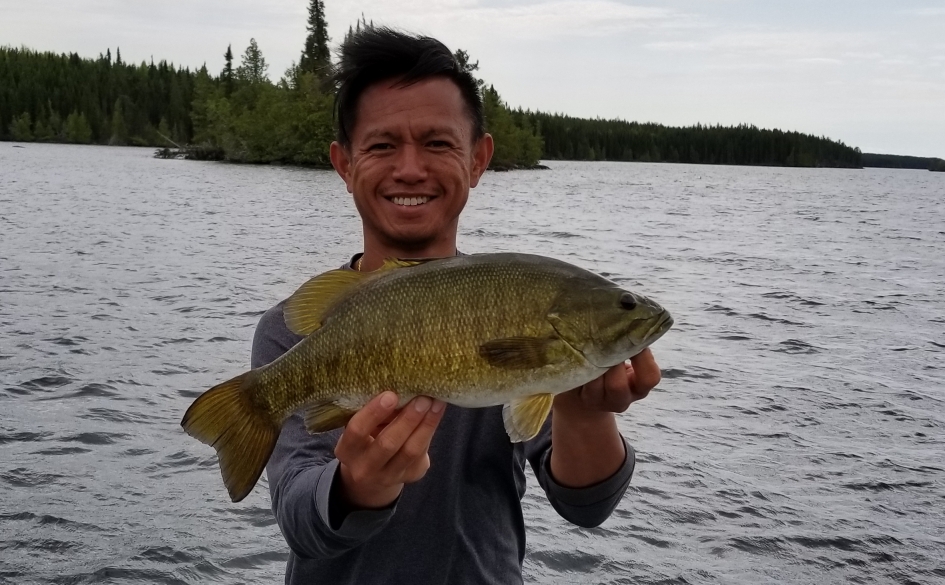 This was a week all about fast-action Walleye fishing! There were no real “big” Walleyes caught (biggest was 20 inches), but it seemed they couldn’t keep them off their lines! They said the Walleye were anywhere from 4-10 feet deep and they were ALL OVER the lake! They would bite anywhere on the lake at any time of the day. This group fished for Walleye with jigs and minnows and casted spoons for Northern. They had a handful of Northern over 30 inches and one over 40 inches. This group was really impressed with all the upgrades we’ve done at Antenna over the last couple of years, which is always nice to hear! We’ve done a lot of cosmetic work up there as well as a new fish cleaning house, walkways, outhouse, deck, and upgraded the motors from 2-strokes to 4-strokes.

This group had a great week on Kapikik. They mainly targeted Walleye and the biggest caught was 22 inches. The best bait used was jigs with minnows or plastic grubs. The best spots were in the channels and anywhere with flowing water. The Walleye were caught in 4-8 feet of water. They said Kapikik was a great place to unwind and have fun and they look foward to coming back next year!

This group said the fishing was outstanding with all the fish concentrated in two spots due to the cold 45 degree water.  Both in the river and the out water close to the cabin the walleye's were stacked as thick as ever, early in the week, with a more scattered pattern toward the end of the week. They really enjoyed the upgrades like the comfy boat seats, coffee maker and the new minnow saver buckets.

This group felt the fishing was a little slow due to the hot weather and late spring. They did good where the river runs out, but not many fish were caught right in the river itself. They found fish in about 5 feet of water during the evenings and deeper during the day... about 18 feet deep. They mainly targetted Walleye and fished with 1/8 oz and 1/4 oz jigs with sassy shad or green 3 inch curly tails and then tupped with minnows. They caught several large Northern while Walleye fishing, the biggest being 40 inches. They had several large Walleye including three 25 inchers. They even caught 4 large white fish, about 5-6 pounds! The final count was about 1300 Walleye for the week.... I think that's still a pretty good week of fishing!!