This two-man group mainly targeted Northern Pike, throwing mostly spoons and spinners. They caught 8 pike 32” or better, with 3 being 40”+ (40”, 41”, 41”). Most pike were caught in weedy bays and a couple in the rock reef by the north side of the islands across from the cabin. The walleye hotspots were stingy, but they caught enough to eat. The largest walleye was 19.5”. A jig and minnow were used for walleye fishing. 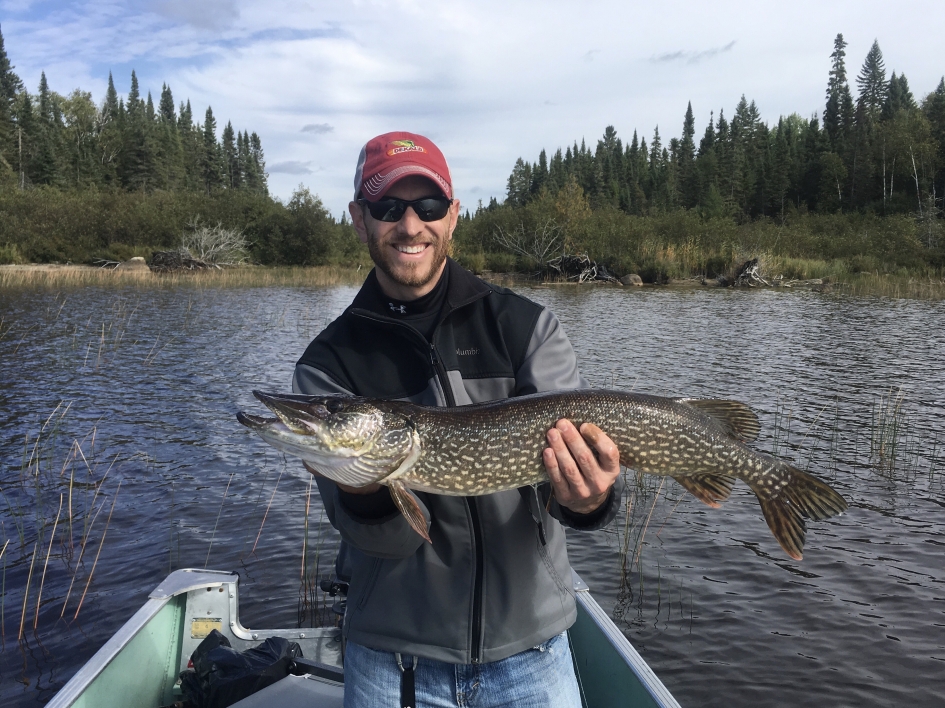 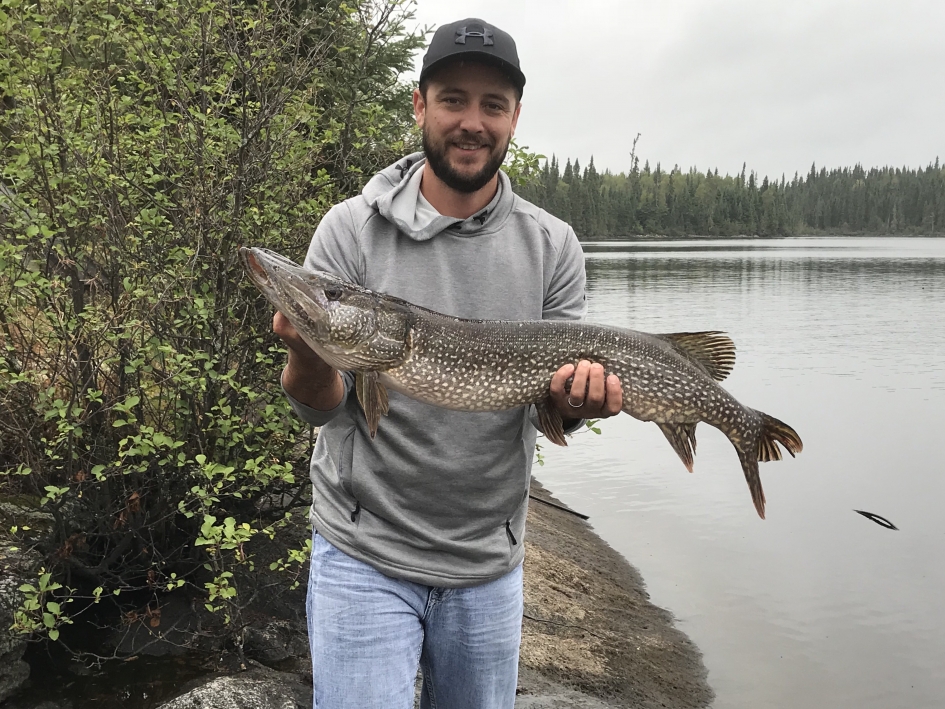 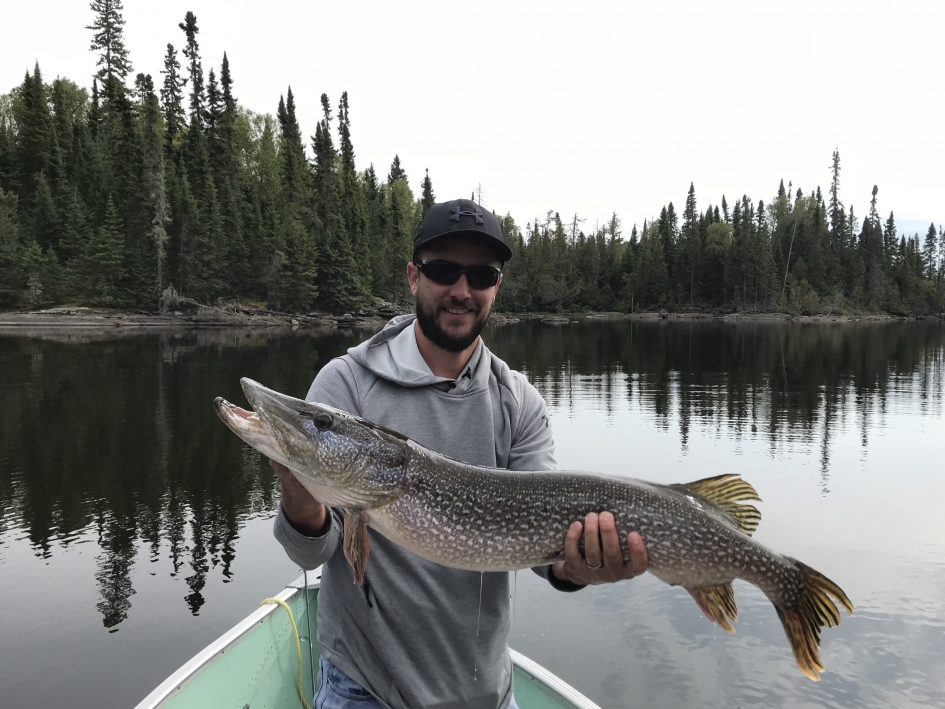 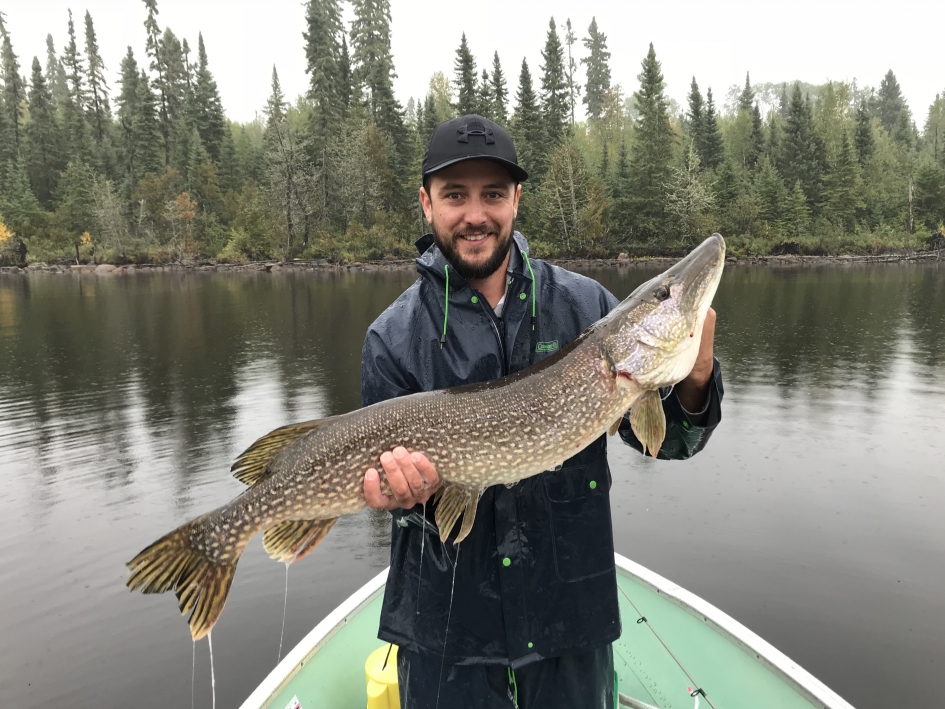 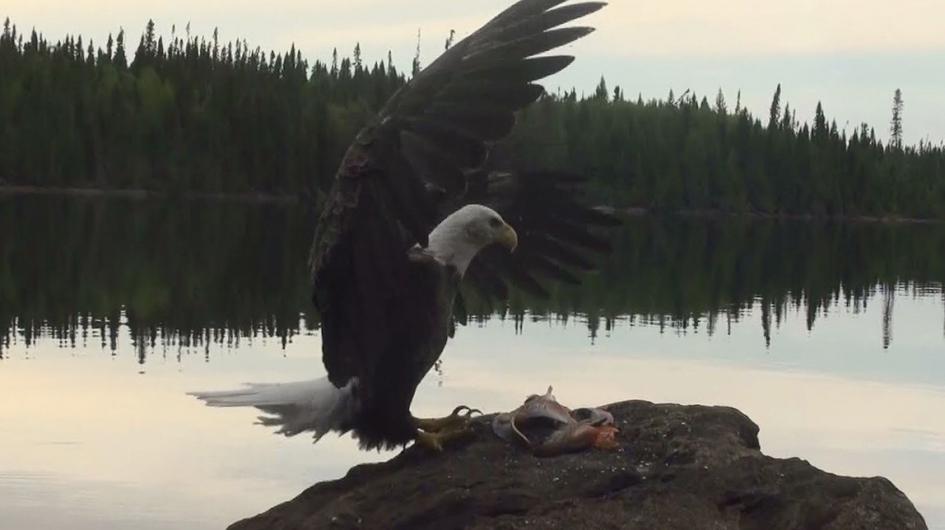 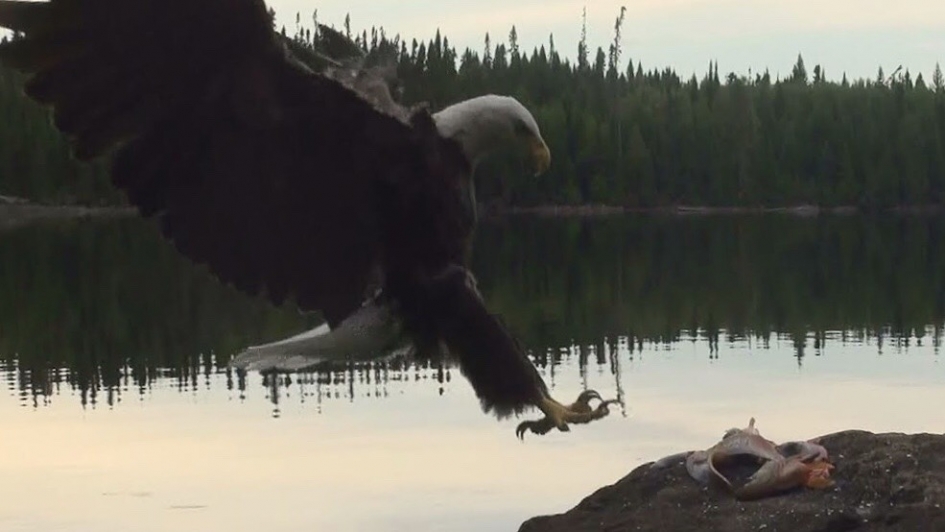 This crew caught over 1,200 Walleye and about 100 Northern. They fished mainly with jigs and minnows or crawlers. They caught lots of nice Walleye including a 24”, two 25”, and a 26”. The Walleye were found in deep holes and channels in 6-20 feet of water. Best time of day was morning and late afternoon. Northern were found while Walleye fishing and the biggest was 30”.

These guys caught between 500 and 600 Walleye and about 100 Northern. They caught a large number of Walleye over 20 inches including two 26 inch, three 25 inch, and two 24 inch. Their biggest Northern was 30 inches. The best spots for Walleye were the West shoreline and the East side of the island. They found Walleye in 12-24 feet of water using jigs and minnows or artificial baits. They said they had awesome weather, beautiful views of the sunset, and great hosts!

Between 5 boats of fishermen, they caught about 100 Walleye per day per boat. They did not target Northern, but caught some while Walleye fishing. Their biggest Walleye was 21.5 inches and they caught lots of Walleye between 16 and 19 inches. They used spinner jigs and minnows for bait. They fished shorelines and reefs in 14-18 feet of water and best time of day was early morning and late evening.

This group was new to Kam, but hammered the Walleyes! They caught 1,896 Walleyes and several Northern while jigging for Walleye. They caught several Walleye over 20 inches, including three 24 inch, a 25 inch, a 26 inch, and a 26.5 inch. Their biggest Northern was 39 inches. The fish were deep… anywhere from 20-30 feet and mostly around reefs.