These folks caught about 130 fish and about 10% were Northern. The biggest Walleye was 22 inches with most being 15-18 inches. Their biggest Northern was 29 inches. They also caught a Perch, some clams and a couple of rocks! Fishing was slow the first three days due to rough weather with high waves.  They tried using jigs and Mr. Twisters, but couldn’t get the anchor to hold. Once they switched to Little Joe Spinners, they did much better. They could see a LOT of fish but they were suspended. The fishing was much better the last two days using Little Joe's and slow trolling. They caught 39 fish on the 4th day (in light rain) and 53 on the 5th.  They had several “triple headers”, which was fun. They caught a lot of fish by the float and the West shoreline came in second.  The best depth was 15-20 feet of water. They really liked the lake as it was just the right size and had every kind of feature and structure they could ask for. The pet dock-Northern cleaned up any dead minnows and they enjoyed the “trained Eagles”. They also loved seeing the Loons and hearing their calls. They said the cabin was very nice and the boats were comfortable and motors worked well. They also said our staff was very accommodating and pleasant! 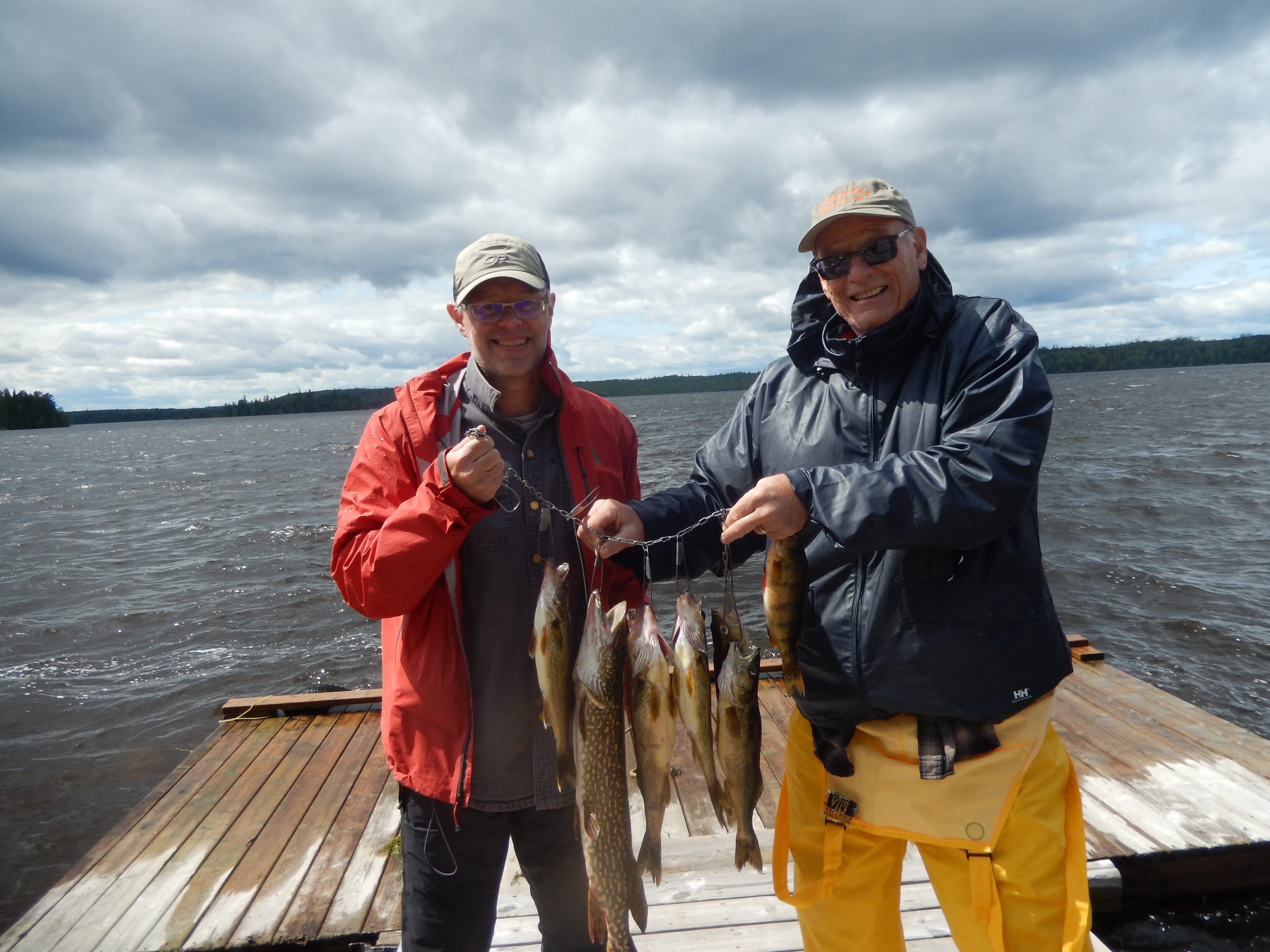 Great walleye and northern fishing at Grace lake (as always!) The group this week brought in 1050 walleyes using white/orange/chartreuse jigs with minnows. The hot spots were along the shorelines and weed beds. Biggest walleye was 22 inches! They also caught 200 northerns using gold spoons and jigs with twister tails. The guys say most walleye were in the 15-20 inch range and that they had a fantastic week of fishing!

Snelgrove was productive this week as the guests managed to catch 526 walleyes and 15 northerns. They used jigs and minnows for walleye and spoons for northern pike. The best fishing was in the morning in 4-12 feet mainly fishing around islands and reefs.

A successful week at Bertrand Lake this week! The group caught 1276 walleyes with the largest being a huge 26 inches! A jig and minnow worked perfectly for walleye fishing. The fish seemed to be in 12-17 feet of water and the best fishing was in between 7-10 AM and after 6PM. They also got 33 northerns with the biggest being 38 inches. They were mostly caught while walleye fishing. 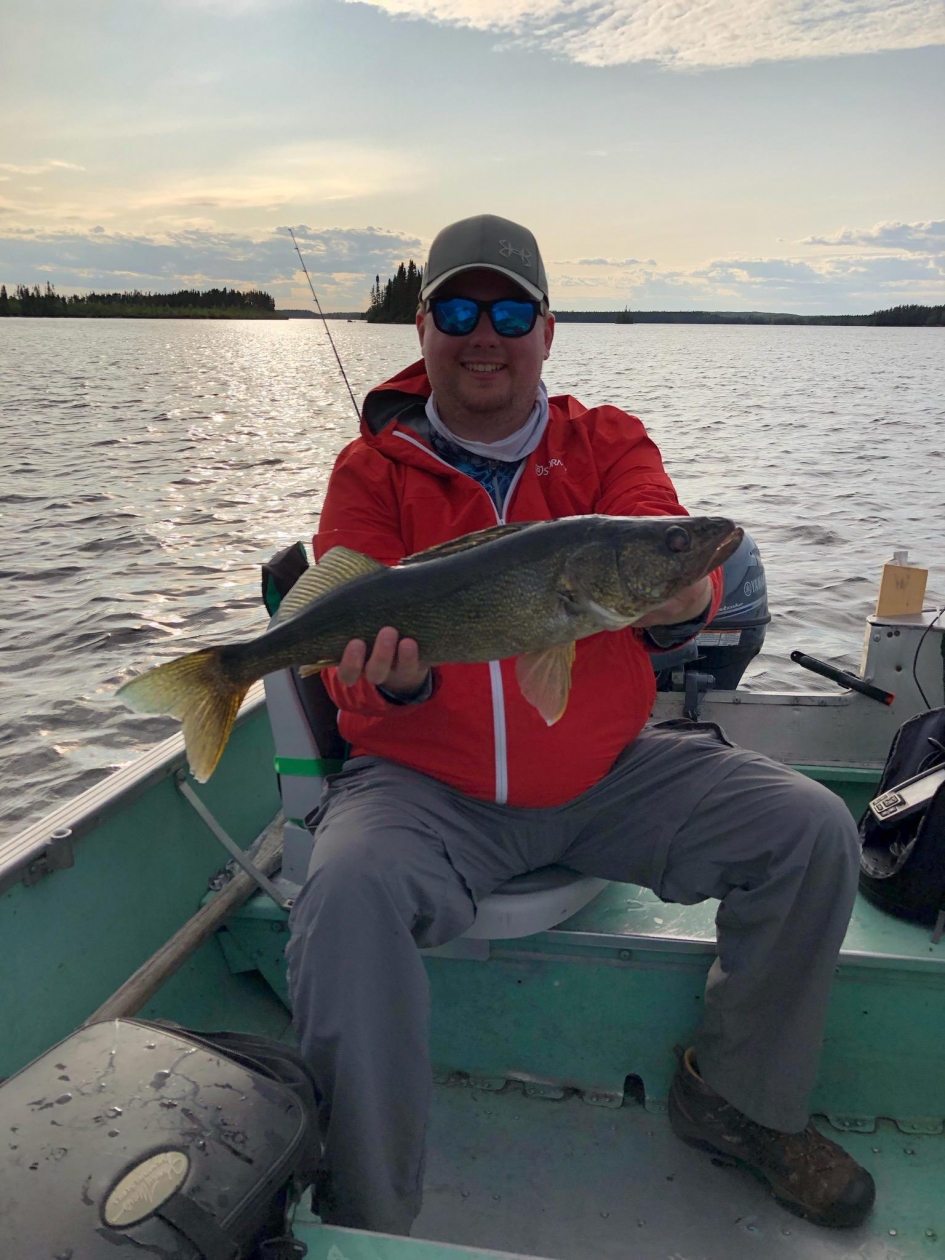 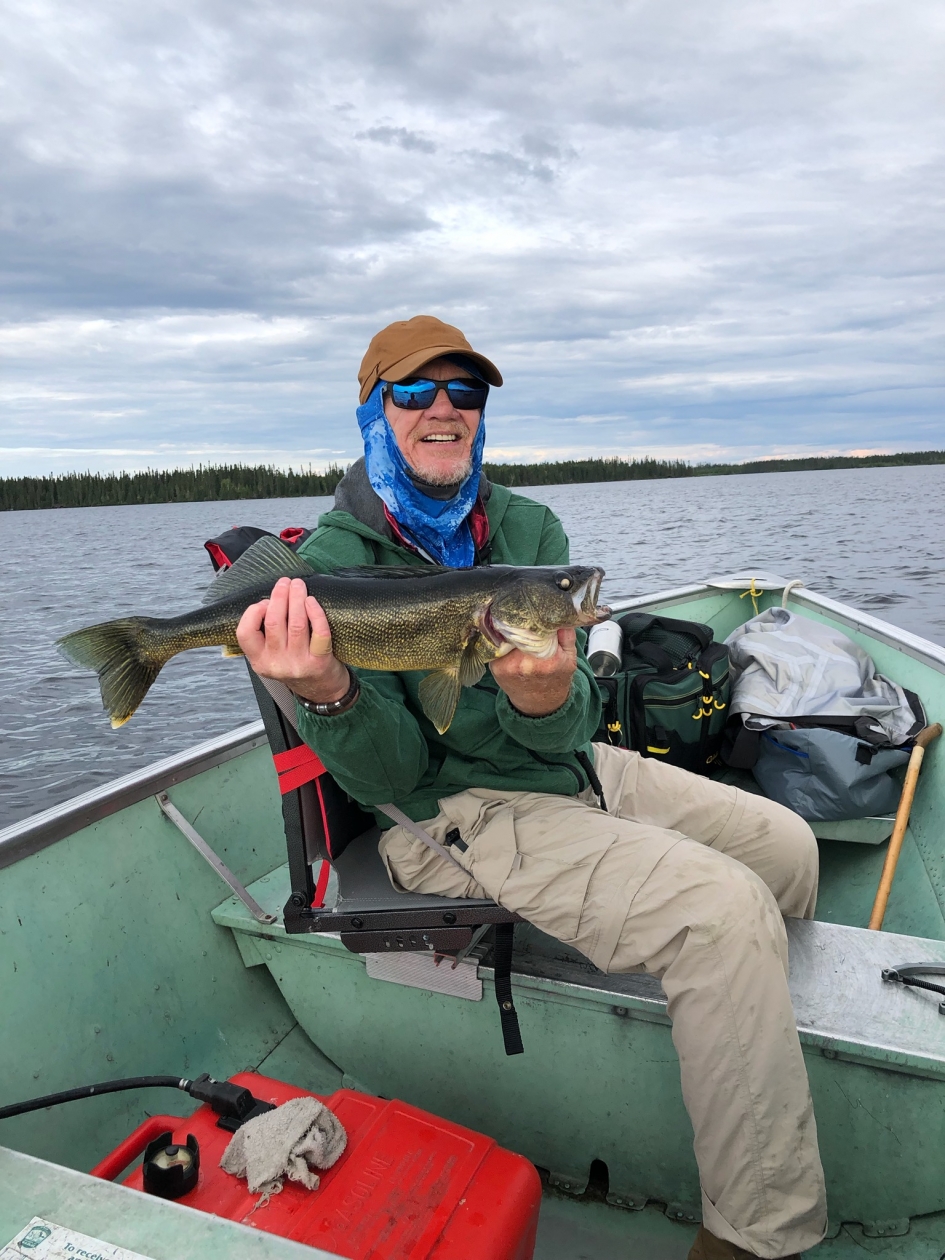 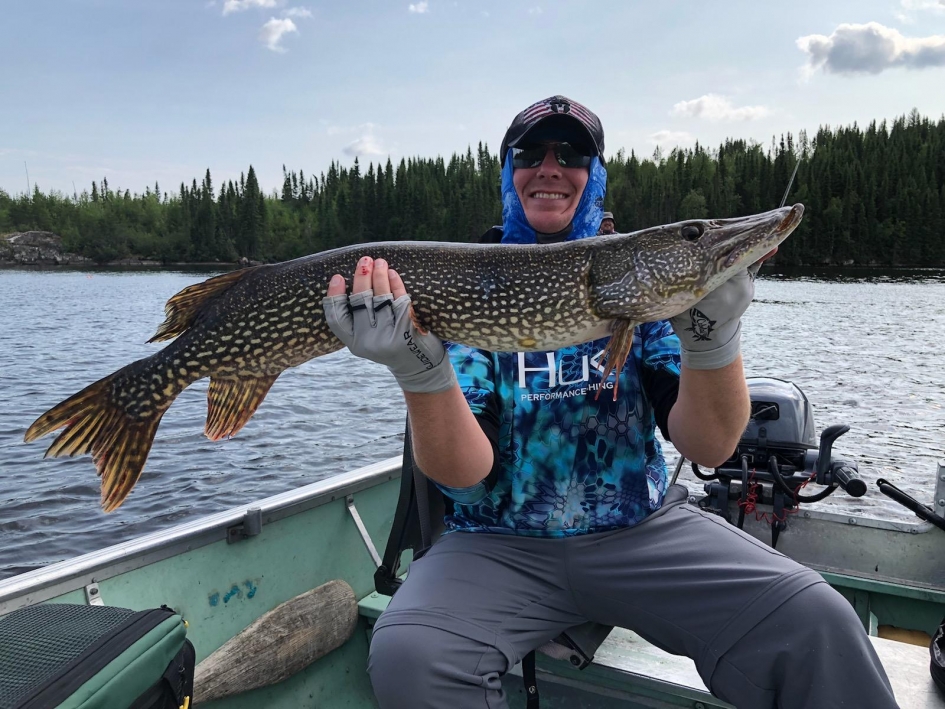 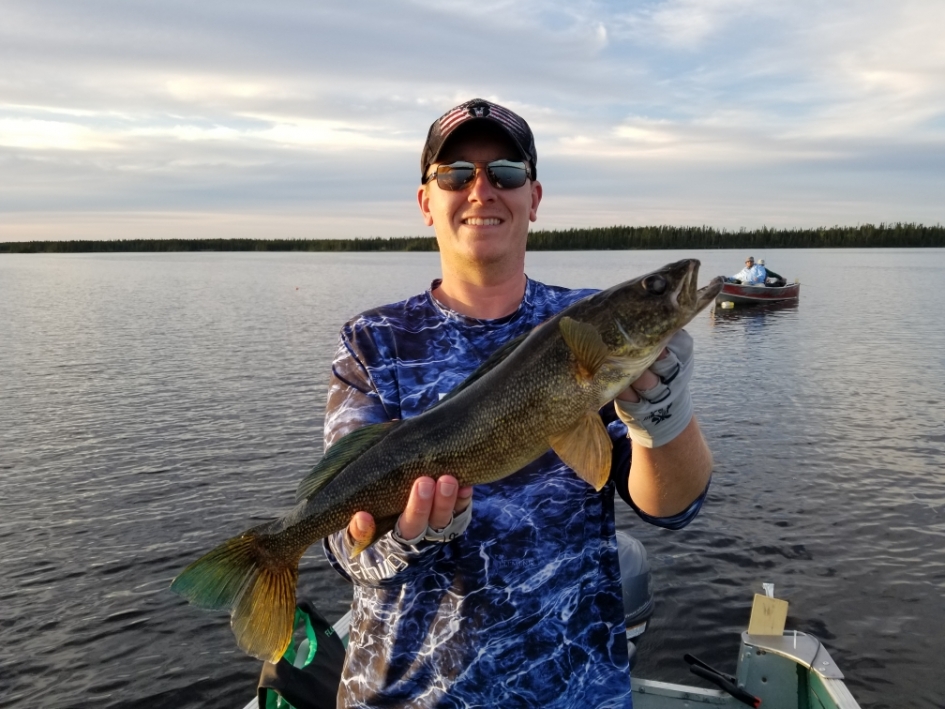 This week at Anishinabi the group stayed at Williams narrows and averaged 25 Northerns per day. They did not fish for Trout. Their biggest Northern was 38 inches and most were caught on the weed beds in 5-10 feet of water. The best lures were spoons and rattlers. The guys went to Duck Lake to try for walleye but the weather was too bad to fish. Overall the group really enjoyed their time and loved all the accommodations.

At Dorothy the walleye fisherman caught 210 walleyes using ½ ounce jigs with minnows. They were catching them in shallow water in about 5-8 feet. Mainly along the shorelines and the fishing was consistent at any time of day. They had some luck with the northerns by fishing the pencil reeds in 4-10 feet. The best lures were dare devil spoons and yellow/green spoons.

This group of 4 had a GREAT experience at Richardson Lake. They caught 750+ walleye and about 50 pike. They said if they were chasing the numbers....  they probably could have caught another 200-300 fish if they had stayed in the honey holes that they found. 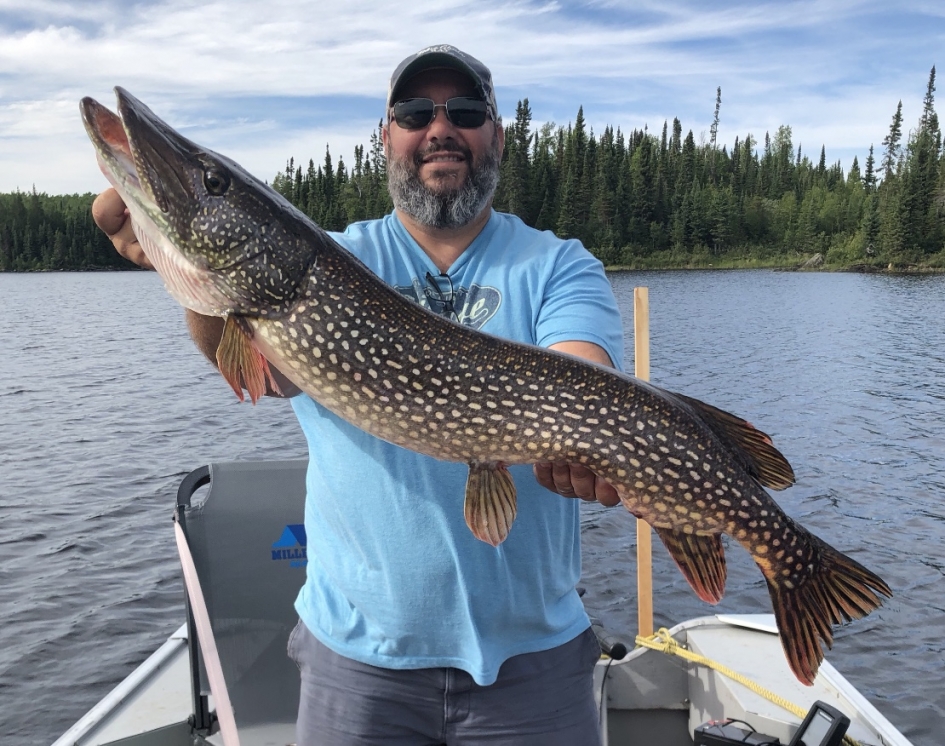 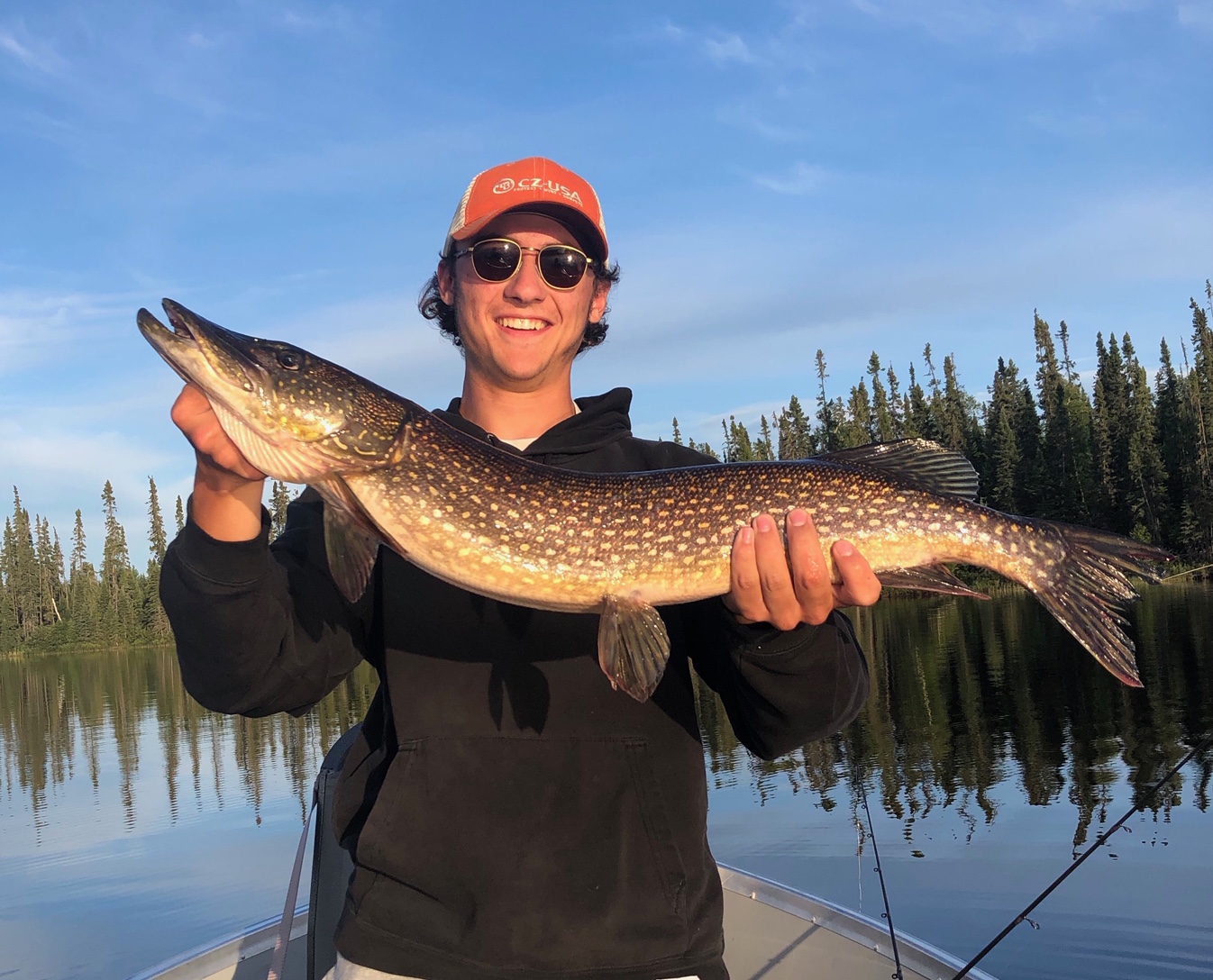 The group at Shabumeni this week caught in between 400-500 Walleyes and 25 Northerns. The biggest Walleye was 22 inches and the best bait/lure was a jig and minnow. Fishing along the rocky shores seemed to be where they caught the most fish in about 15-20 feet.

The guys battled some weather this week so they could only fish 2.5 days out of 4. They managed to catch 72 Walleyes using a jig/minnow and fishing off the shorelines and reefs. The biggest was 23 inches. They also caught 10 Northerns while fishing for walleyes. The biggest was 30 inches. 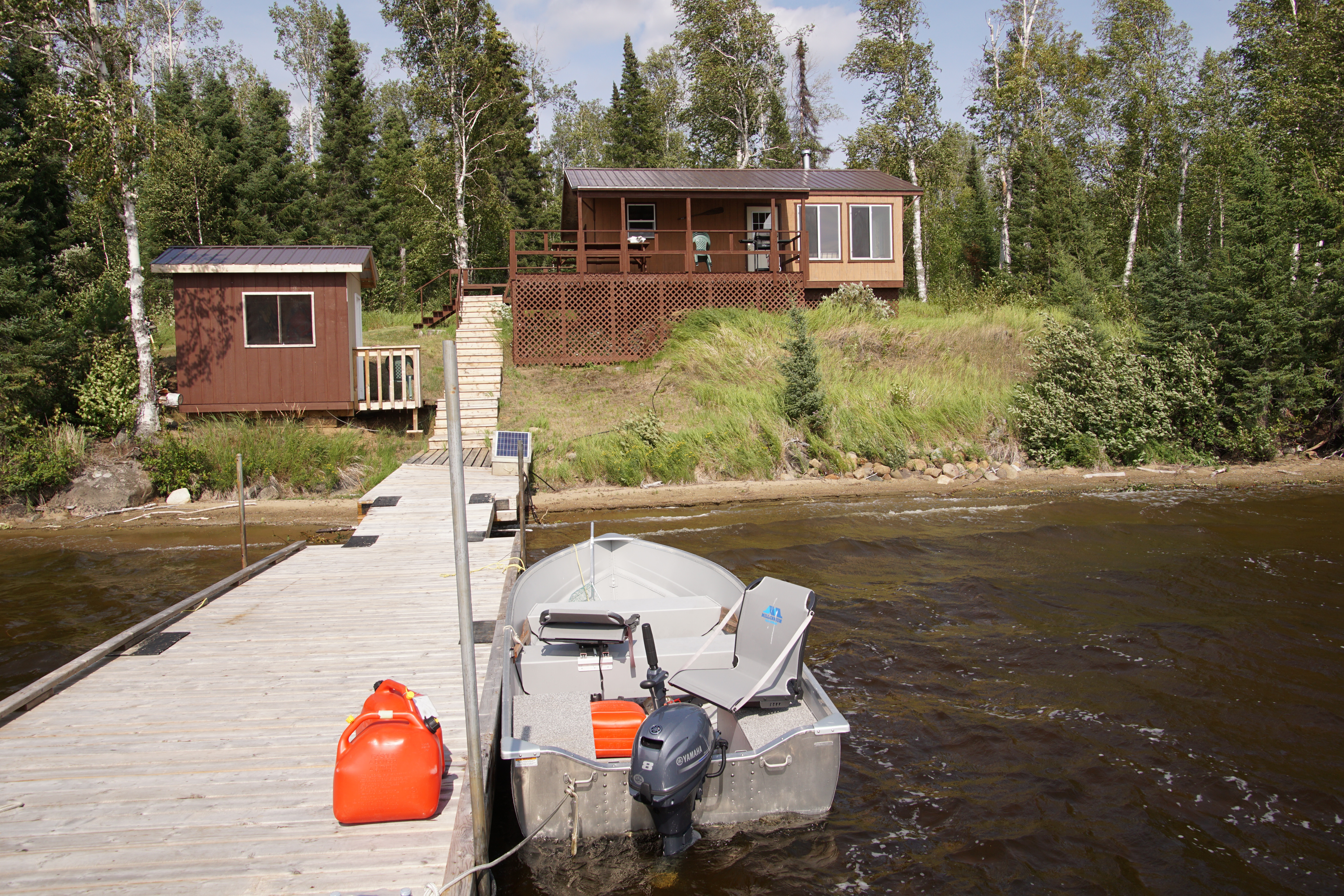 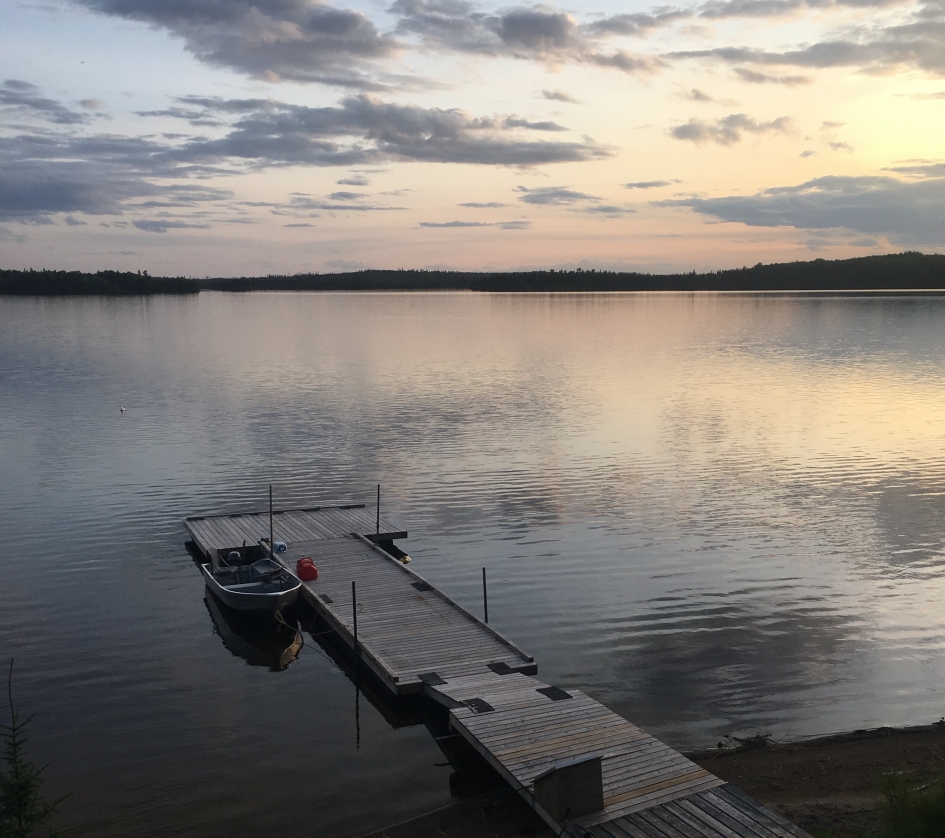 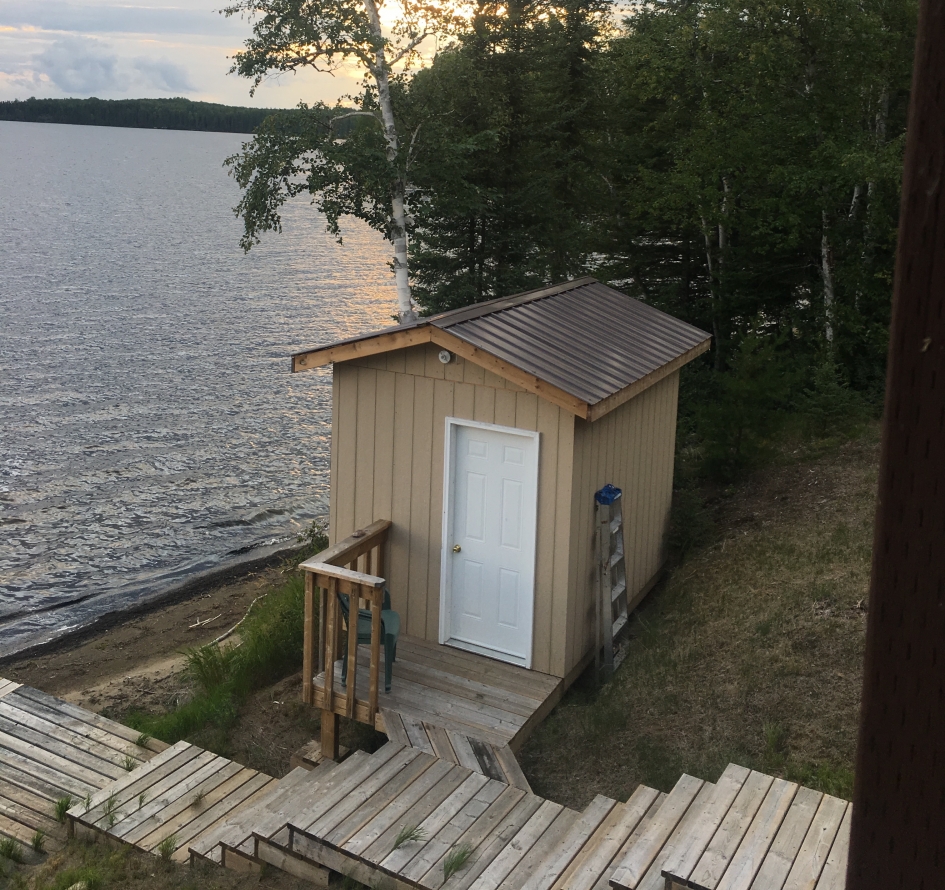 An awesome week at Cook for these two guys! They brought in 591 walleyes the largest was 22.5 inches. They used mainly a jig/minnow. They stuck to spots on the map that were marked and did very well. On top of successful fishing the group also saw a bear swimming across the lake and 4 caribou. They caught 34 northerns while walleye fishing.

The two at Antenna had a great time and made lots of memories this week! They brought in over 400 walleyes and around 30 northerns. The largest walleye was 20 inches and biggest northern was 32.5 inches. The best lures were jigs for walleyes and spinner baits for northern fishing. Fishing was good on the reefs and points as well as weed beds. Overall a great time and they can’t wait to come back next year!

This group of 4 mostly fishes for Walleye. Despite high winds the first 4 days, they mananged to still catch hundreds. The fishing was steady when you could get to the good spots. They caught several Walleye over 20 inches including one big 27-incher! They mainly used jigs and minnows and lindy rigs. The best spots were humps/flats and near deeper waters. The Walleye were 10-14 feet deep. 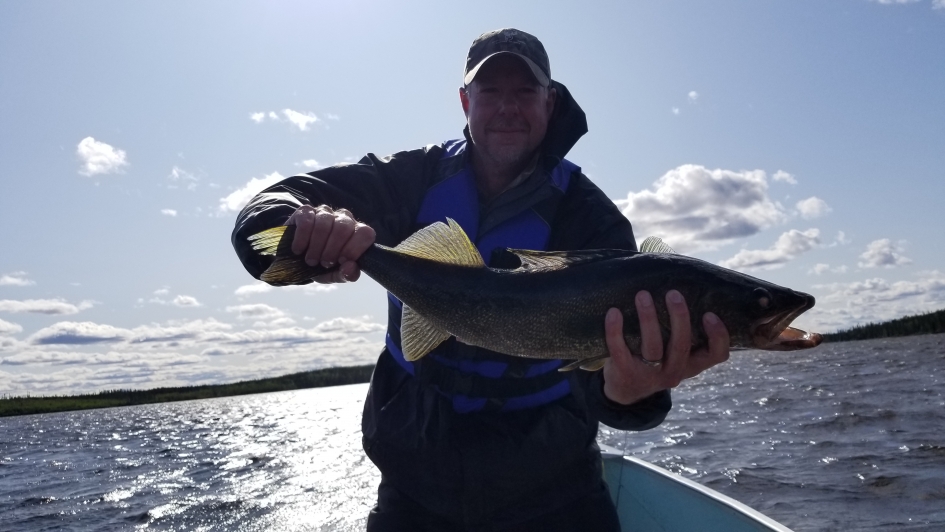 This week the group caught over 1600 fish! The biggest was a 34 inch northern. The guys mainly fished reefs in 5-15 feet using spinners and minnows. The guys this week say the fishing was tremendous and that they saw tons of wildlife, including; a cow moose with her calf and lots of eagles.

At Williams Narrows the guys tried out portage Lake #1 and Zizania for walleye fishing and had great luck! Their main focus, however was northern fishing and the guys caught over 150 mainly on Anishinabi. There were even accouple 40 inch northerns caught as well as lots in the 30-39” range. They used spoons for northern and jig/minnow for walleye. They fished in 10-15 feet usually at any time of day.

The first group to ever stay at Piper’s Post had a very successful week full of fishing and adventure!! All together they caught 600 walleyes that were all big and healthy in size. The biggest was 23.5 inches. They mainly used jigs and Shad Raps as lures. They found that the fish were biting everywhere; shorelines, reefs, weed beds, portages… Best time of day to fish was in the afternoon at a depth of 6-15 feet. As for northern fishing they caught 70 with the largest being just shy of 30 inches. Again, they were using shad raps and jigs for lures and the northerns were also biting on any structure the group could find. They loved the accommodations and had a fantastic trip!

Around 800 walleyes were caught at Fawcett lake with the largest being 27 inches! They group used a jig/minnow and mainly fished the shorelines and around islands. Fishing in 15-25 feet was best. They also caught 80 northerns and the biggest was 32 inches. For northern fishing the guys say it was better fishing in 8-12 feet.

During the week at Upper Wapesi the guys caught 415 walleyes with a few really big ones too! Some measuring in at 24”, 25” and 27”! They also caught 23 northern but were not targeting them. They mainly fished the shorelines and reefs in a 8-24 feet. Best lure and bait was a good old jig and minnow!

The guys this week managed to find a monster walleye in Wright lake measuring at 29 inches! They used a jig/minnow or jig/twister tail and averaged 85 walleyes a day. Fishing was good on the reefs, weed beds and portages in 8-12 feet of water and usually from 10AM – 6PM. Overall the group loved their trip and highly recommend bring friends/family up to Wright lake for an awesome adventure!