I've said it once, and I'll say it again... our guys work fast!! The progress you will see in these next 5 photos happened in less than a month! Somehow they put this together in between building and upgrading at the outposts and shutting down all of the camps. 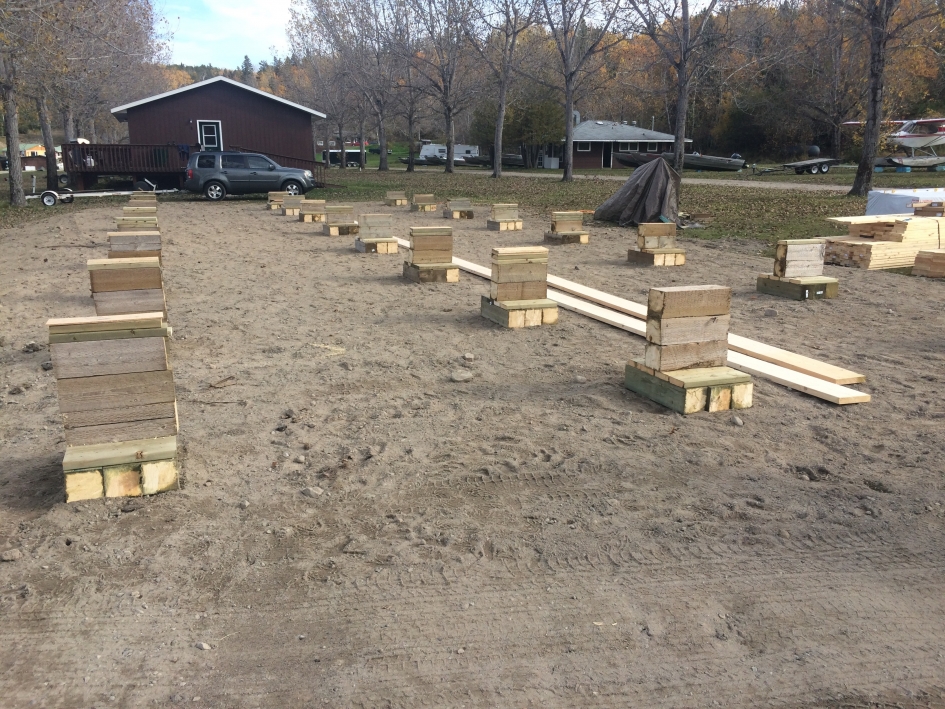 This is at Northern Lights Resort on Cedar Lake. Here are the footings for the new duplex cabin right next to cabin 8 along the waterfront. Each cabin will have 2 bedrooms. There is a space in between the two cabins separating them and providing insulation for two separate groups. The doors can also be opened up to join the two cabins in the case of one large group occupying both sides. 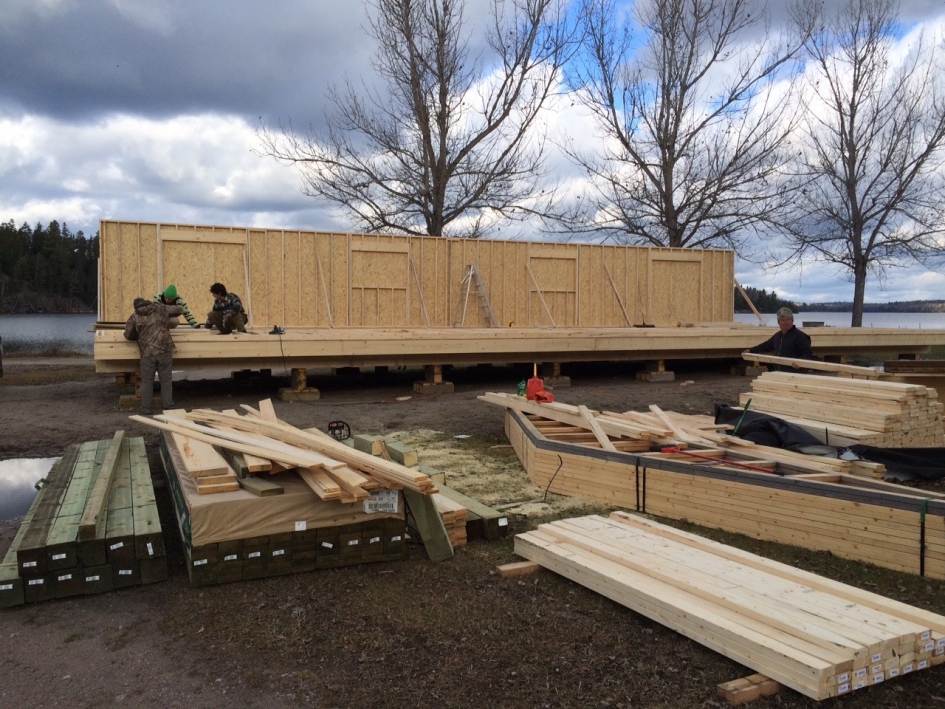 And there it is... all four walls are up, the roof is on, and even the deck is built! They got this all done with plenty of time to spare before the cold weather hits and the snow flies. We had a dusting of snow (as seen in the picture above) that has since melted. It is now November 16th, and still well above the freezing mark. This has been the kind of fall that we are always hoping for... it sure makes it a lot easier to get our work done. 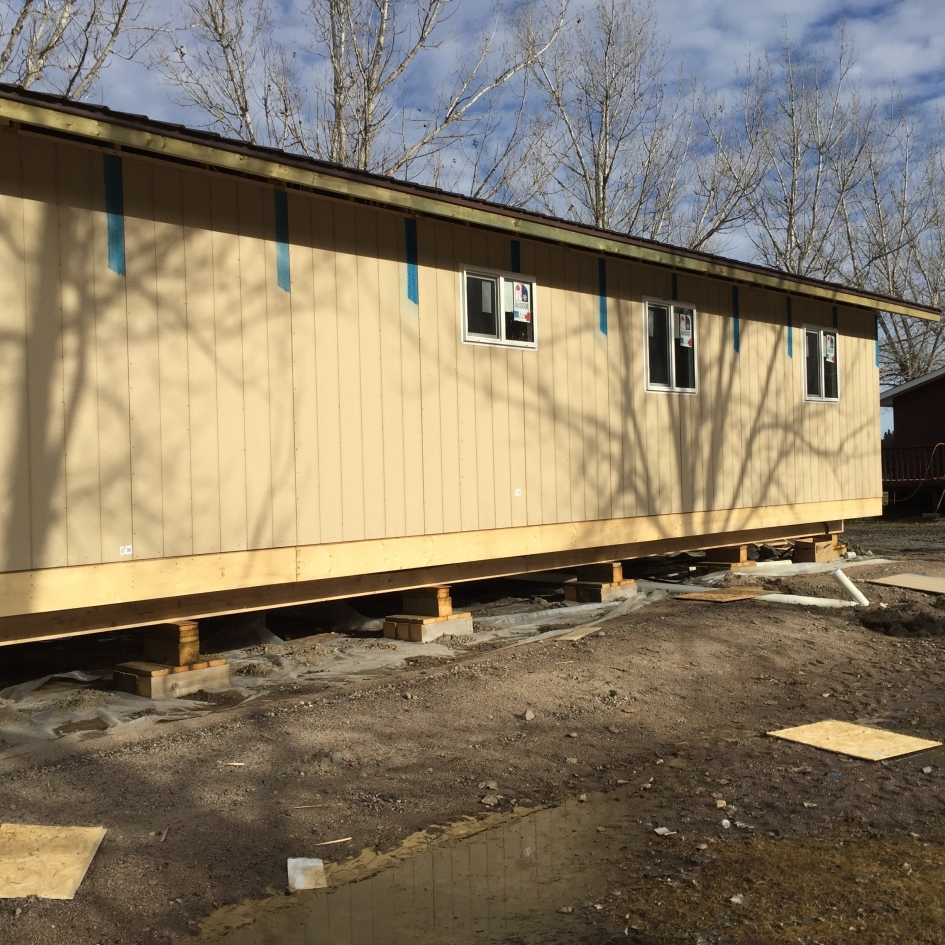 This duplex cabin was built to replace cabins 2 and 3 (duplex across from the main Lodge). Our staff were starting to rebel as they were sick of living in camper trailers! Cabins 2 and 3 will now be staff cabins. 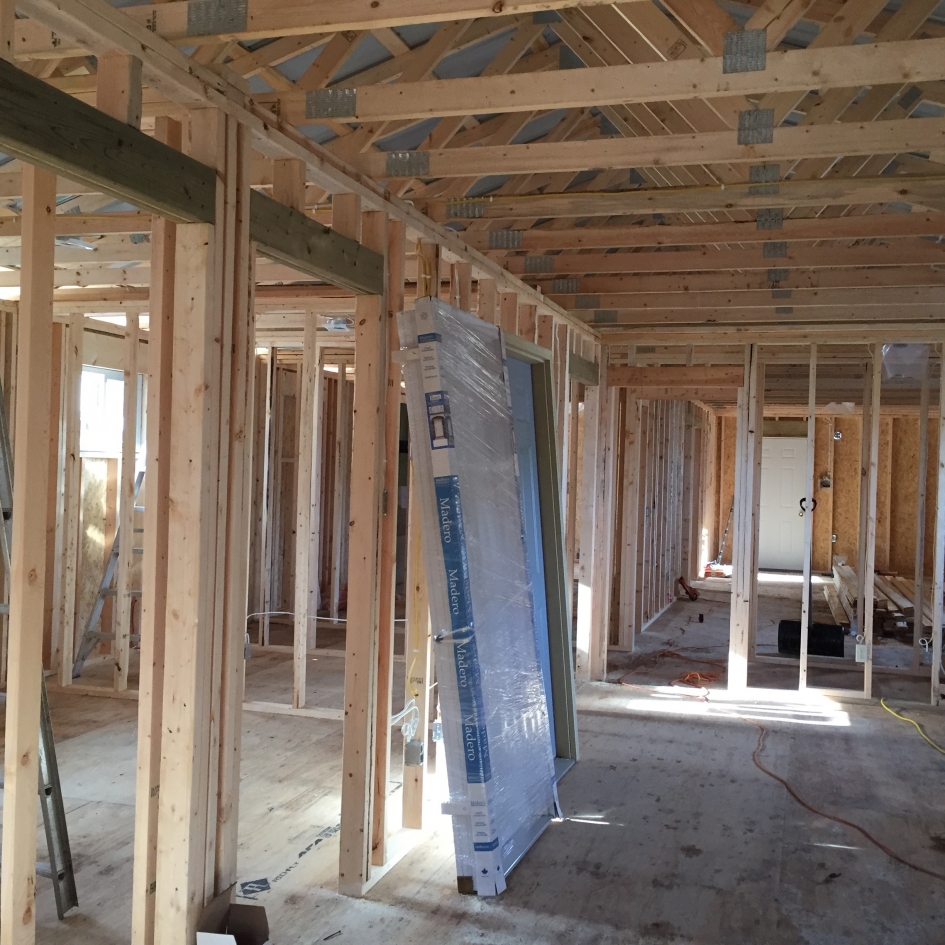 These two brand-new deluxe cabins are already rented out for the spring of 2016. Thank goodness we have a project for Wayne and Chris to work on over the winter... they are always looking for things to do... (haha).

Give us a call if you still haven't "nailed down" your Summer of 2016 Canada Fishing Trip!