Are we going to have a white Christmas? The jury is still out… here we are, on December 8th, and there is almost NO SNOW. We had an inch or two a while back, but most of it has melted. This has been the mildest fall/winter that I can ever remember. In town, most people’s yards are green with grass! At camp there is a little more snow cover and the lake has finally frozen over. The temperature is above freezing most afternoons and so far, there is no snow in the forecast. Even though this weather hasn’t been great for ice fishing, it has sure been a nice having mild temperatures for once. Typically, by this time of year, we are BURIED in snow and unable to start our cars due to the freezing cold temperatures. 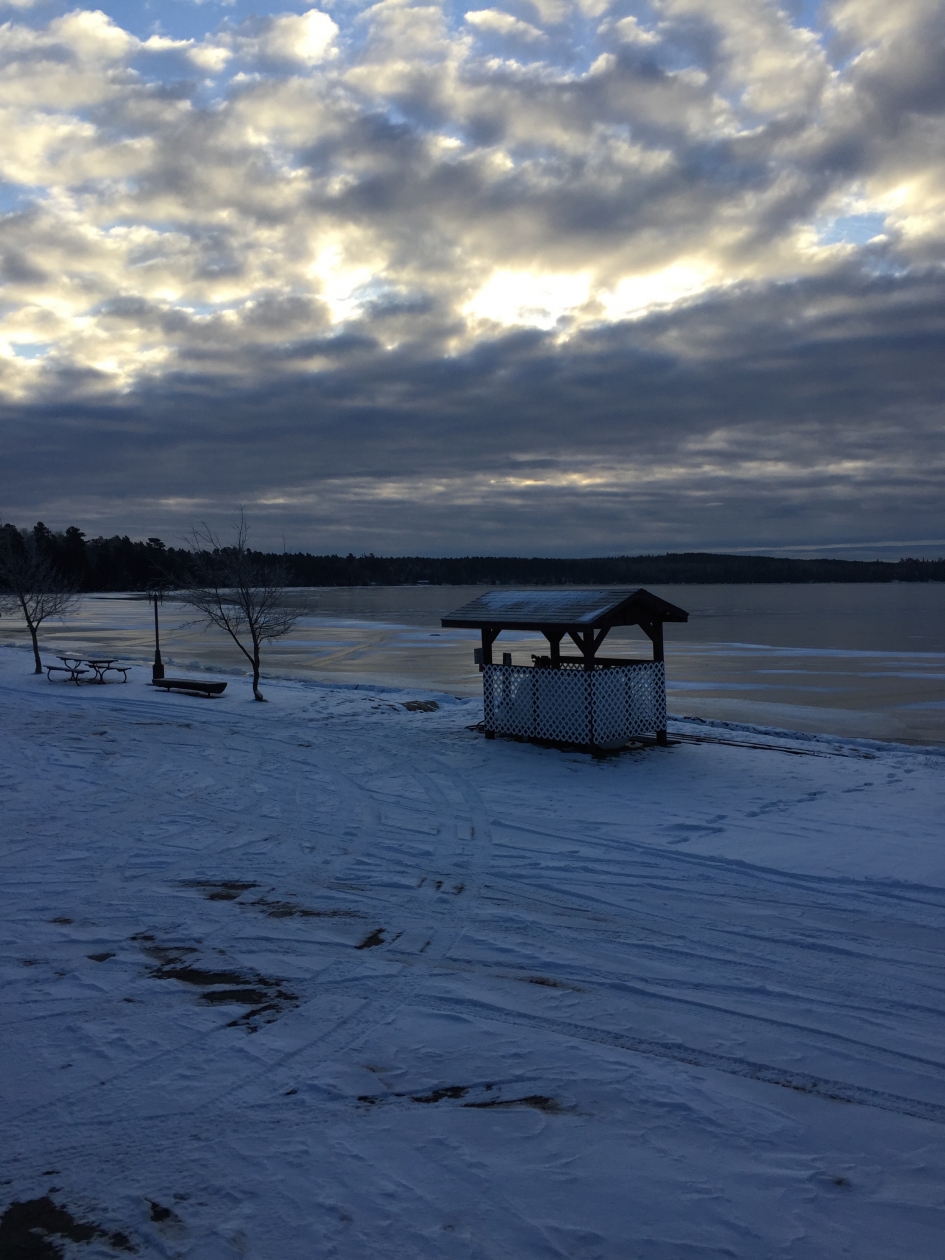 As I’ve mentioned on the Blog before, the guys really took advantage of this mild fall and built some new cabins and did a ton of upgrades. They’ve even had time to do some fur trapping, which they’ve really enjoyed. The greatest reward for them is being able to work out in the bush! Below are a couple of pictures of one day’s catch. 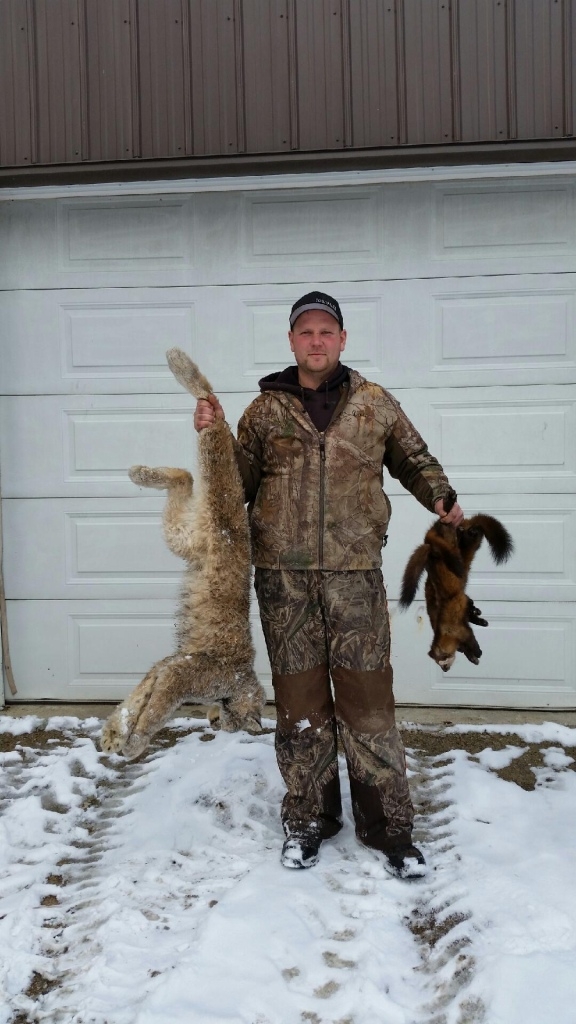 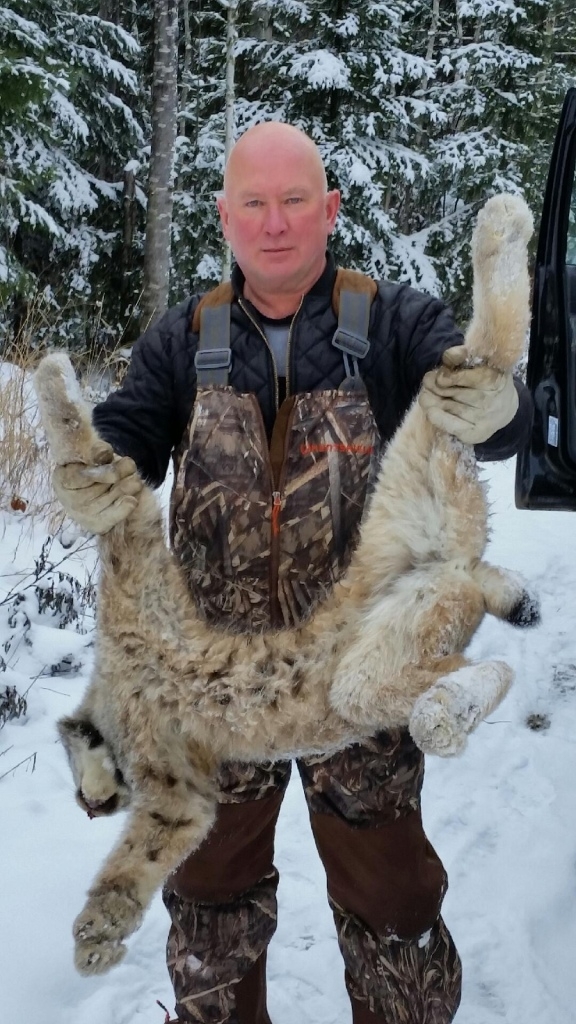 Although the ice is marginal for ice fishing, the guys have begun trapping minnows to build up a stock for when the fishing starts. On the small lakes and ponds which they trap, there is 5-6 inches of ice, which is plenty for them to work on. They are traveling by four-wheeler since there isn’t nearly enough snow for the snowmobiles. They’ve really enjoyed working outside in these mild temperatures. The warm weather makes putting your hands in the cold water a little more bearable! The working conditions are the best they’ve ever had and it’s nice to be ahead of the game with the bait. Below are some pictures of Wayne and Chris trapping minnows by four-wheeler. 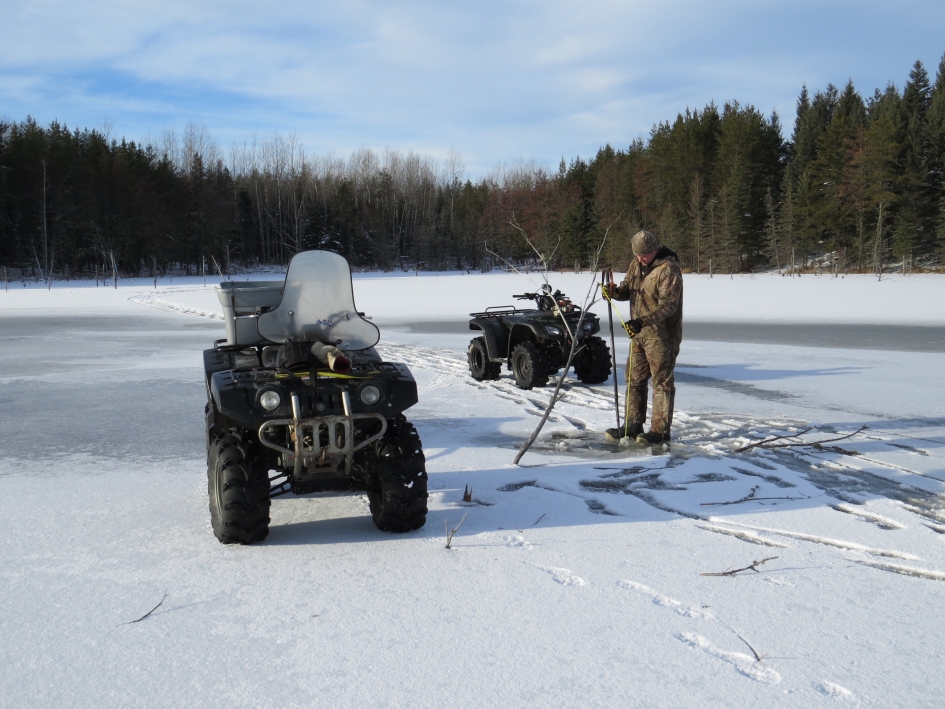 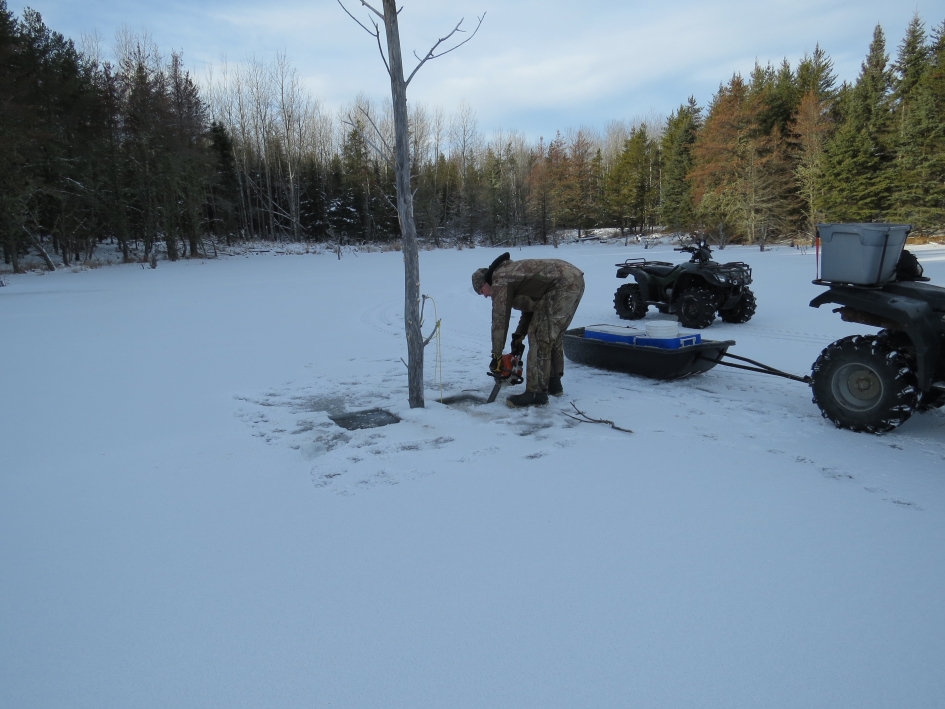 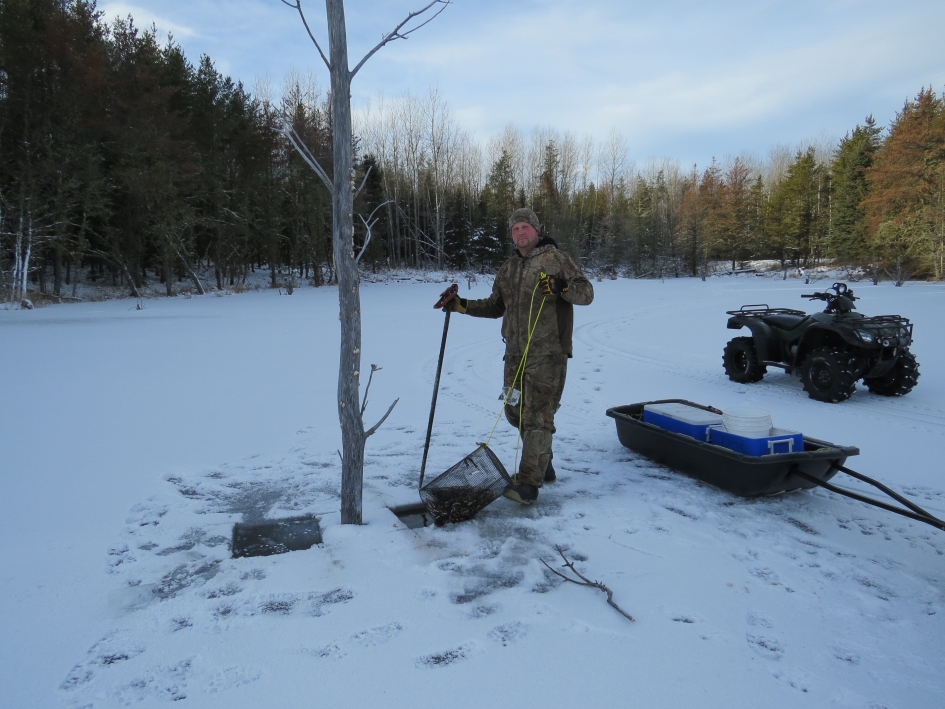 Before we know it, Christmas will be here and then sports shows start in January! At this rate, winter is going to fly by. 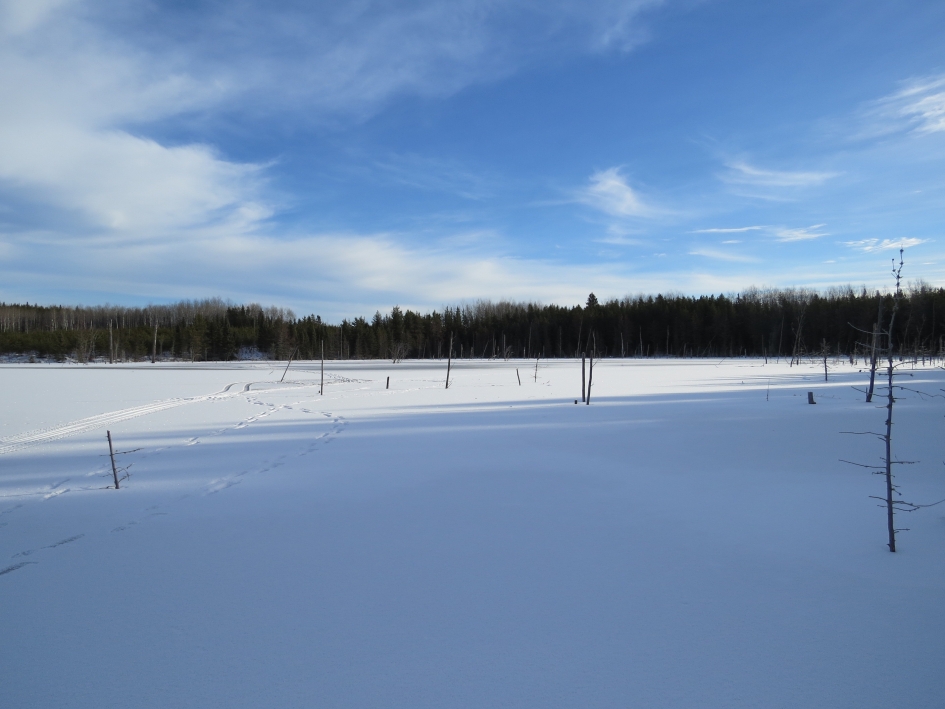