In the early 1980’s as I was just getting established in the minnow business, a lot of the other harvesters were using aircraft to harvest bait. At this time I was using ATV’s and doing a lot of portaging, which took a great deal of time. I was definitely at a disadvantage compared to the guys using aircraft. One day a buddy of mine, who flew bait, told me that if I was going to stay in this business, I might want to consider getting a pilot’s license and an airplane. I had already been thinking along these lines as I always had an interest in learning to fly.

I had heard about something new coming out on the market. They were smaller aircraft called Ultra Lights, and I knew of a dealer starting up who could sell me one and also give me the course to obtain a license. I checked more in to the Ultra Lights and they really weren’t much of an aircraft. They were more like a kite with a motor. The one I was looking at was a two-seater, side by side, with a 50 HP Rotax engine, which was really not much more than a snowmobile engine! It was a pusher, with the motor behind you, and the good news was you could put floats on it! The pilot would essentially be sitting completely outside with no cab; not even a windshield. The structure was made of light tubing and a lot of cables to keep it together. It was a pull start similar to a snowmobile, and I believe the top speed was 55 MPH.

I was very intrigued by this Ultra Light as I could get my license quickly and the plane was only $10,000. I figured I could put my minnow tank on the second seat beside me and I would be in business! I remember asking a couple of local pilots what they thought, and by and large, most of them figured it was a bad idea and advised me to get a regular license and plane. Unfortunately, I had it in my head that this was something I was going to do no matter what anyone else thought.

I soon began to make arrangements to begin my ground school, and I ordered my very own Ultra Light airplane! I began my ground school, which amounted to 3-4 hours a couple days a week at the instructor’s home. I was finding it interesting, but a lot to absorb, as I knew nothing about planes or flying. After I had taken about 5-6 ground school sessions, my instructor said that we could go out to his farm one day and he’d show me a couple of his Ultra Light planes. He had a farm with a field, which he had made into a little runway, and there was a building there to store the aircraft. On the farm he had an Ultra Light similar to the one I was buying, and he also had a smaller one with only one seat and a 35 HP engine. I was so excited to be out at this farm checking out these aircraft, knowing that one day soon I would be flying one!

The instructor could see how excited and interested I was. He said, “I’ll tell you what – if you want to I will let you take the small 35 HP Ultra Light for a taxi ride to the end of the field and back – on the ground of course!” I knew nothing about flying except for the few hours I had under my belt in ground school. I had never before had the opportunity to have the actual controls in my hand. He said I could just taxi slow, keeping the throttle back and the stick forward. This little plane was very basic, just a seat and an engine, no instruments of any kind. The pilot also had to wear a helmet, as this was the law. We got the plane out to the field and he pointed out the little runway and explained to me where I could go – to the tree line, turn around and come back; I supposed it was about 200 yards. My instructor started up the engine, while I put my helmet on and sat in the seat.

“Oh what a feeling!” I had the stick in one hand and the throttle in the other, with my feet on the rudder pedals. I gave it a little throttle to get moving and practiced steering with the pedals. I remember it was very responsive as far as steering it, while on the ground. I taxied slowly down the field, got to the end, made a good turn, and taxied back. This was fun. The field was pretty smooth with a couple of gentle bumps. I taxied back to my instructor, stopped, and got out. He said I handled it well and that I could go one more time if I wanted. Of course I said “sure.” I got back in the seat, put my helmet on, and strapped in. Away I went down the field again.

I’m not entirely sure what happened next… I think as I was taxiing, I hit one of those little bumps and accidentally pulled back on the stick and gave it throttle at the same time. All of a sudden I found myself about 20 feet in the air with the trees about 100 yards in front of me. I thought I was dead for sure. All I remember was what I had learned about the stall speed of an aircraft, and to not go below that or the plane would fall out of the air. So, rather than crash into the trees, I pushed the throttle wide open and pulled back on the stick. In no time at all I was above the trees, but I knew I was going up way too fast and was not at all flying level. I then pushed the stick forward and next thing I knew I was headed for the trees again. I knew I had better figure out how to fly in a hurry otherwise I was soon to crash. Here I am flying by myself, for the first time, having never touched the controls of an aircraft before and knowing very little about the principals of flying.

One thing I realized immediately was that I had to get some altitude and learn how to fly pretty quickly or I would have no hope of surviving a landing. I was trying to keep the plane as level as possible as I was gaining altitude. I remember at one point catching a glance at my instructor on the ground. He was waving frantically for me to return, there was no way I was going to attempt a landing until I could at least figure out how to keep the plane level. Next thing I knew I had gotten up pretty high and I was getting better at maintaining level flight. I actually got up so high that when I looked down for the runway, I couldn’t find it. All the farms looked the same. Now I was not only giving myself a “crash course” in flying, I was LOST!! I was soon able to make a turn while keeping fairly level. As I was turning and looking down I finally spotted my truck in the distance. I felt better at least knowing where the runway was and I had a smooth spot to attempt my landing.

I made a couple of circles in the air, getting better each time. This entire time I was reminding myself not to panic as this would surely result in death. I looked up at the plastic gas tank above my head and there was a half a tank, so I knew I was in good shape as far as fuel was concerned. After a few minutes of flying around I was starting to settle down and figured I should thinking about attempting a landing.

What was always on my mind was what I had learned about the stall speed. You should never slow down too much otherwise the aircraft would go into a stall and fall out of the air. I knew the stall speed was relatively low on this little bird, but not having any instruments, the speed at which I was travelling was a complete guess. I figured I would try a landing, so I made one big loop and started my approach. I was coming in a little over half throttle over the trees and the little runway in the field was coming up fast. I pushed the stick forward, but this little plane wanted to fly – not go down! I remember having to work to get it down all while trying to keep it halfway level. I touched the runway and bounced back up. I then realized I was approaching way too fast and the trees were coming up fast. I had to push the throttle forward and pull back on the stick and up I went again, just missing the trees. There is no way I would have come to a stop before the bush at that speed.

At least now I had a better idea of what my approach speed should be. I couldn’t imagine what my instructor was thinking all of this time. I made another loop and this time I backed off on the throttle more and was able to slow down. I was able to come in nice and level and hit the ground only bouncing once. I kept it on the ground after that and was able to stop before the trees. I turned around and taxied back to my instructor very slowly. I had had enough flying for one day.

As I pulled up to my instructor I figured I was in big trouble and this was the end of my course. As I took off my helmet and stepped out of the plane, he put his hand out to congratulate me on my first SOLO FLIGHT. As I observed how white he looked, I imagined I must have looked about the same! He was a very patient instructor, and for that I am thankful. What I learned from him is what set me up for a very successful 30-year flying career (and counting). 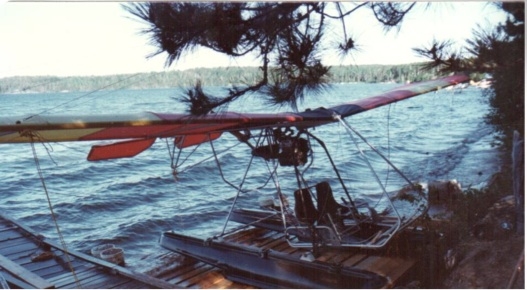 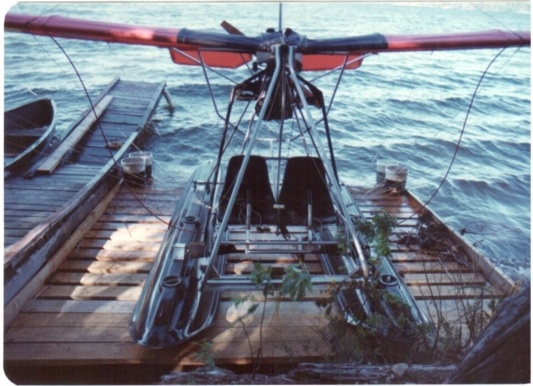 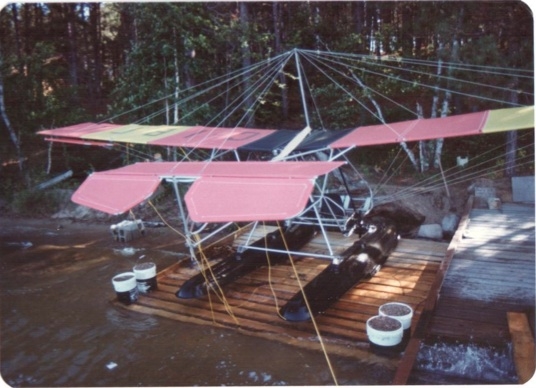 Recent Stories
A Hard Day at the Office
It was July 12, 2015 at 7:30 a.m. Looking over the dash of my favorite airplane, I cracked the throttle of my PA-18 Super Cub. For some reason, I did NOT have a good feeling. After 30 years of flying ... Read More
How We Met
How We Met By: Karla Clark I have been asked hundreds of times over the past several years "how did you and Wayne meet?" I jokingly like to say "he baited me", but you'll learn after you read ... Read More