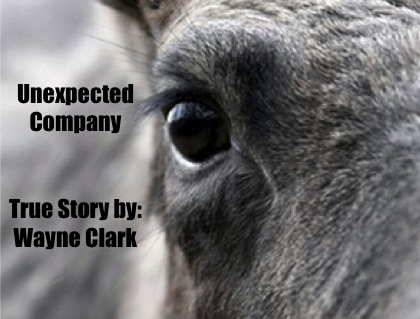 I started my fur-trapping career in 1978. My Dad was a trapper and had taught me everything he knew. I had a trapline of my own and a trapper’s shack out in the bush on Ord Lake. During this time furs were selling for high enough prices that I could make a decent living. It was a great time to get started in the business. The fur market was strong, fuel costs were low, and not only did fur trapping provide me with a good income, it was a lifestyle that I enjoyed. This was before I had met my wife and I was living in my trapper’s shack by myself. It was very remote and primitive. It was one room with no electricity or plumbing, but it was all I needed. I trapped throughout the 80’s even after meeting my wife, Karla. She spent a lot of time with me at the trapper’s shack and helped me on the trapline. Living and working in the bush put me very close with nature. I had many notable experiences with wildlife, but there is one that sticks out to me the most and it took place at my trapper’s shack in 1978.

One night while sitting at my little table right by the window. I was relaxing, sipping on a beer after skinning a beaver, listening to Burton Cummings on cassette player, which I had hooked up to a 12-volt battery. I had the music fairly loud as that was how I always liked it. It was pitch black outside, and I was sitting with my head about a foot from the window. This was my favourite spot to sit because in the daylight hours I had a good view of my little yard, and I would often see different animals such as grouse and rabbits. It wasn’t very bright in my cabin, because all I had was a dim propane lantern. I would sit there staring out the window even though I could see nothing and reflect on my day.

That night while I was sitting there staring at the window, I noticed a grey area appear next to the glass. At first I thought my eyes were playing tricks on me or it was somehow a reflection from inside the cabin. I blinked my eyes and looked closer. This grey area appeared to be about 6-8 inches long and was on the outside – it was definitely not a reflection. It looked to be an object only a couple of inches from the window. It was enough to get my curiosity up, so I walked over to the counter to get my flashlight. I sat back down and shined the light at the window. I was startled by what I saw and jumped back a few feet. There were two great big eyes looking at me and they were only about two feet away! I then realized that it was the head of a moose up against the window. What was a moose doing so close especially with the loud music playing? I opened up my door and shone the light on a large cow moose. As it started to walk away I noticed it’s right front leg was broken and dragging. Why was this moose was watching me? I guess I will never know… I never saw this old cow moose again.

If you’d like to read more about my fur trapping days, my Dad’s fur trapping career, and see lots of old pictures, please visit the FUR TRAPPING section of the site.