We will keep you up-to-date with our extreme weather conditions here in Northwestern Ontario as we are working outside and battling the elements everyday. We will also talk about ice conditions and snow accumulation as we work through the winter months around home and further North. Mother Nature always keeps us on our toes and always has a way of changing our plans...

We've had another unseasonably warm fall here in Northwestern Ontario. This first picture was taken on December 5th at K.C.'s Landing Resort on Edward Lake just outside of Vermilion Bay. Normally by this date we would have about 6 inches of ice on the lake and ice fishing season would be well underway, but as you can see the lake was completely open! 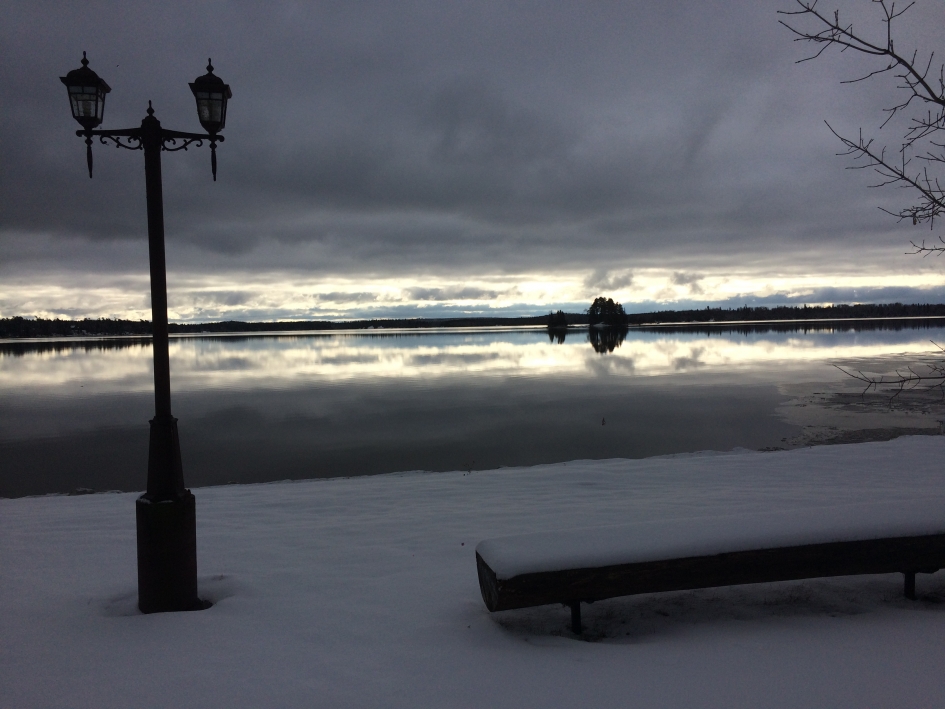 Finally, on December 7th, we woke up to find that the entire lake had frozen over. Unfortunately, we also got some snow overnight and it was expected to continue for the next couple of days. There was some cold temperatures in the forecast, but it couldn't come soon enough! 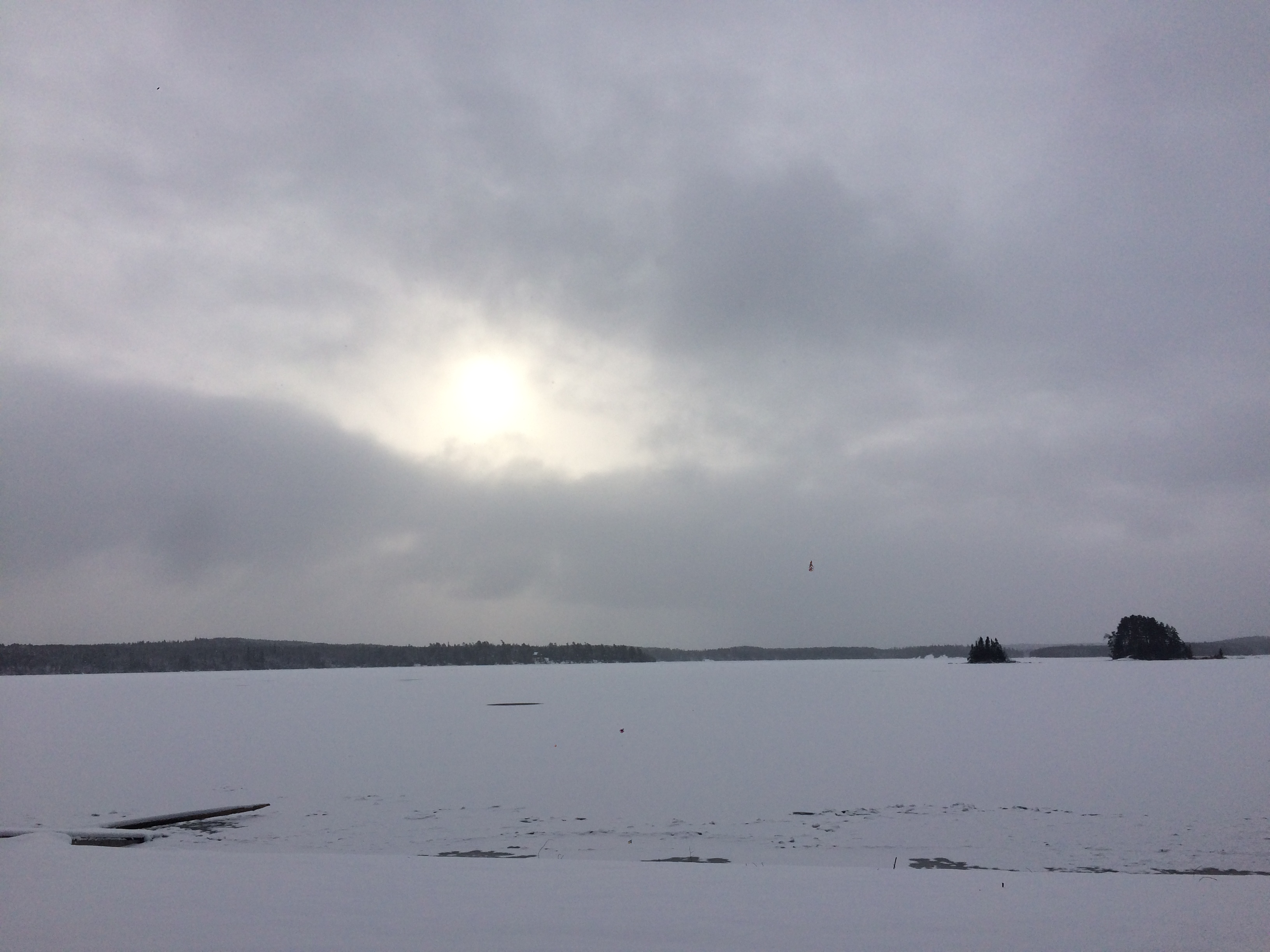 After a few days of extreme cold temperatures, we went out to "inspect" the ice conditions. These next few pictures were taken on December 11, 2016. Wayne went onto the ice with his homemade ice pick, which has saved him from going through many times.  One hard hit with his ice pick can penetrate 3 inches of ice. We thought that we'd find good enough ice to do some fishing, but to our surprise there was only 1-2 inches of ice on most areas in front of camp. Despite the cold temperatures, that little bit of snowfall was enough insulation to keep the ice from really forming. There were a few spots with very little to no snow cover, which had a solid 4 inches of ice, but the conditions were far too inconsistent and unsafe to do any fishing :( 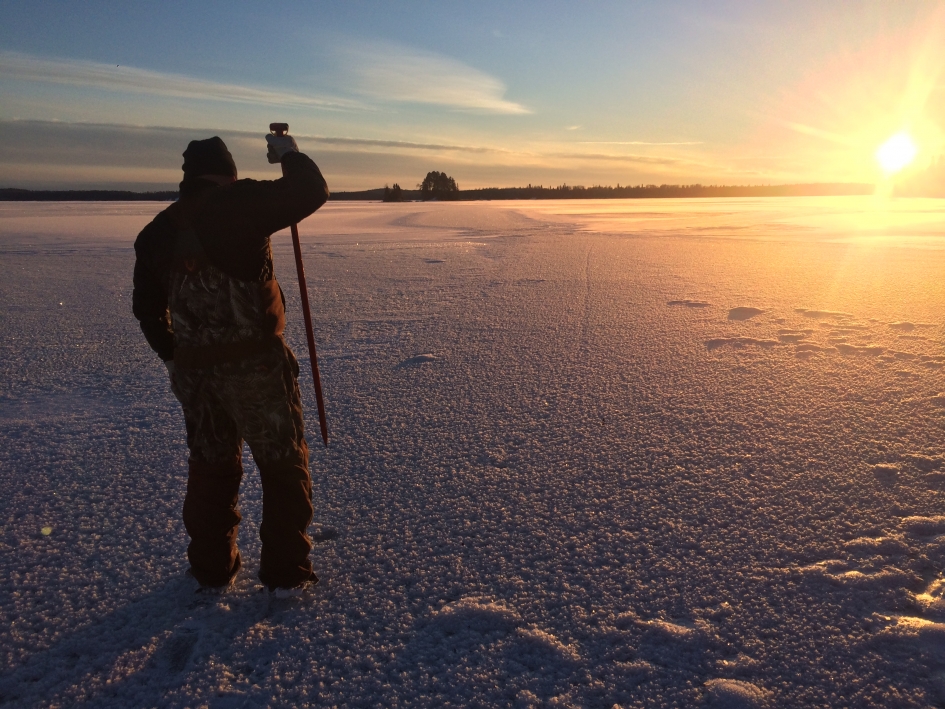 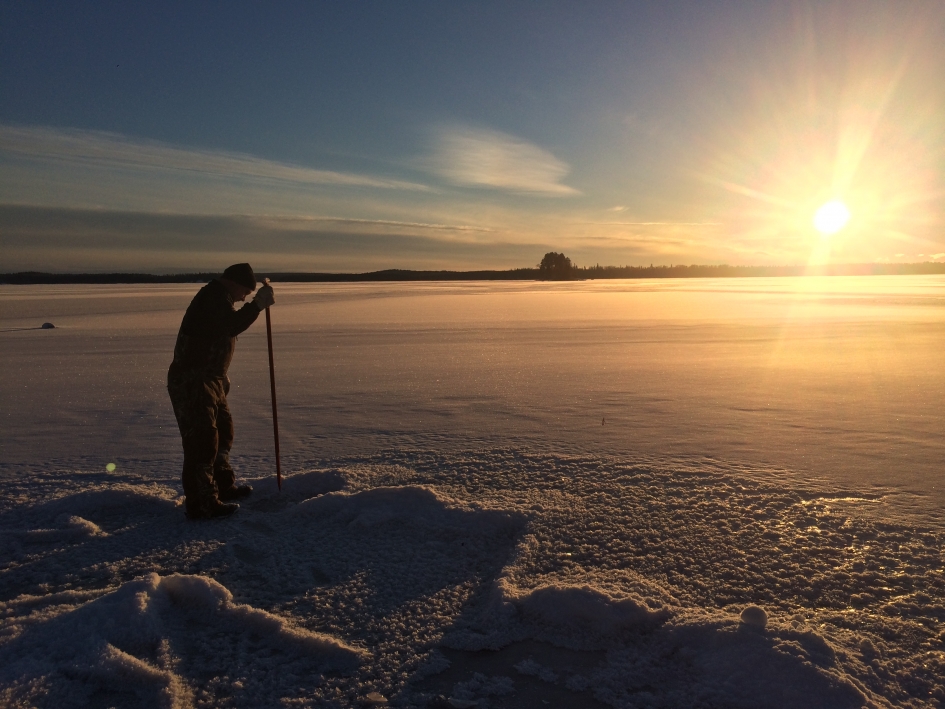 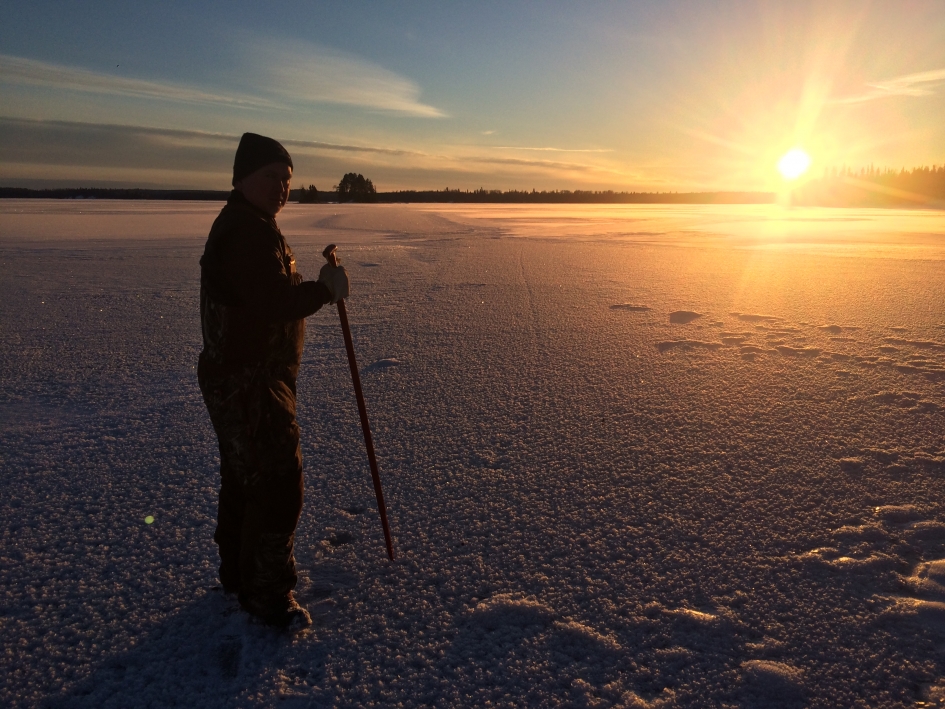 Hopefully, after a few more cold days and nights the ice will get thicker and be safe enough to walk on! We will report back in a few days.

Please stay off the ice until it is safe.... Keep in mind that ice conditions can be VERY inconsistent.

Recent Weather Reports
Ice Report December 15, 2016
After a few days of extreme cold temperatures, we now have a consistent 7 solid inches of ice in front of camp! We have not ventured out further onto the lake, but we can atleast confirm that the ice in ... Read More
Ice Report December 12, 2016
We've had another unseasonably warm fall here in Northwestern Ontario. This first picture was taken on December 5th at K.C.'s Landing Resort on Edward Lake just outside of Vermilion Bay. Normally by this ... Read More